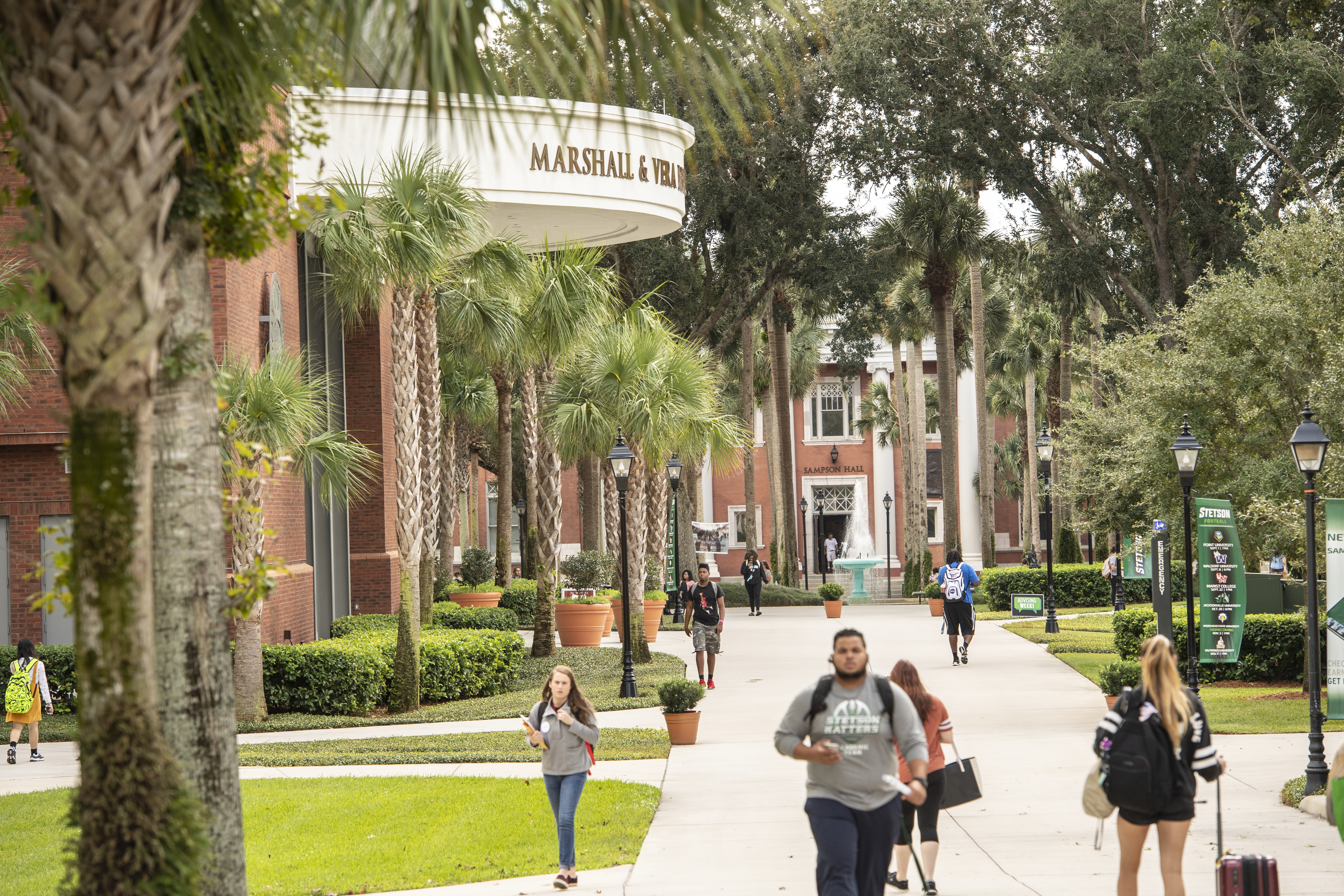 In sunny central Florida, you’ll find a thriving college town called DeLand. From unique retail stores and 825 miles’ worth of award-winning beaches to a diverse collection of live music venues, the metropolis makes for the ideal place to study hard and play harder. Those in the quintessential city looking to experience the epitome of academic rigour can choose to study at the first private university ever to be opened in the state of Florida — Stetson University.

Located along the Central Florida I-4 corridor and founded in 1883, this pioneering institution was also the first to open a business school and a college of law in the state. Hence why upwards of 4,000 students from 64 countries have decided to trust it as their launchpad to career success.

Despite regularly updating its offerings to meet 21st century demands, Stetson’s mission has never wavered. Today, it stays true to its roots by providing an education that fosters the qualities of mind and heart that will transform students into global citizens. A strong sense of community ensures this. With a 13:1 student-to-faculty ratio, Stetson’s award-winning faculty members like Professor Rajni Shankar-Brown can personally cater to every student’s personal growth and intellectual development, all while preparing them for life beyond the university.

These are just some reasons why Stetson students make their mark wherever they go. Accounting alumna Tommye Barie, is a prime example. She’s made the 25 Most Powerful Women in Accounting list four years in a row, making her one of the three Stetson alumni to have been recognised for their significant contributions to the field.

Indeed, the institution deserves its accolades. For the eighth consecutive year, Stetson was named one of the best undergraduate institutions in the nation by The Princeton Review, a feat only 14% of four-year US colleges have managed to achieve. Out of 135 schools, it placed fourth in the Best Regional Universities (South) rankings. It’s little wonder why international students love it too.

Shadia Muñoz Najar has always dreamed of studying in the US, but Stetson University made taking the leap all the easier. She was particularly interested in its emphasis on global citizenship. “It’s something that really appealed to me given the fact that I have a very diverse background,” she says. “I’m very interested in other cultures and helping others learn about my culture.”

Her entry ticket was a double major in political science and economics — a choice that immediately granted her 24/7 access to personalised guidance and robust support offerings. All initiatives were appreciated, especially since Najar knew that juggling two majors and effectively completing both within four years would not be simple tasks. “They definitely have been able to help and accommodate me,” she says. 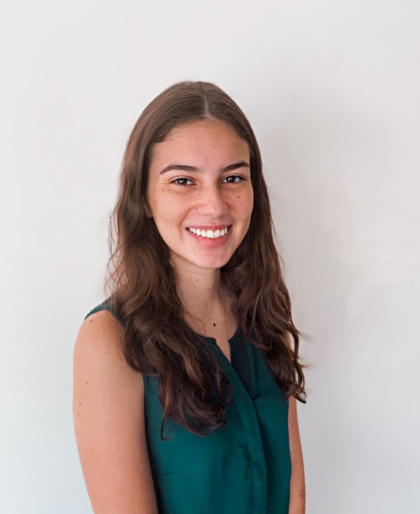 Alongside caring educators, Najar has learned to gain a sense of fulfilment from her most challenging classes. Today, she easily navigates the political science department’s emphasis on multidisciplinary learning. For example, she knows just as much about Latin American culture as she does about American Politics.

She’s even made time to thrive outside the classroom. The student is currently the Chair of the WORLD Ambassador Social Committee, working alongside other international students to help build cross-cultural friendships and dialogue within Stetson’s student population. Najar is also Stetson’s Diversity and Inclusion Chair and a research assistant at its Office of Faculty Engagement. 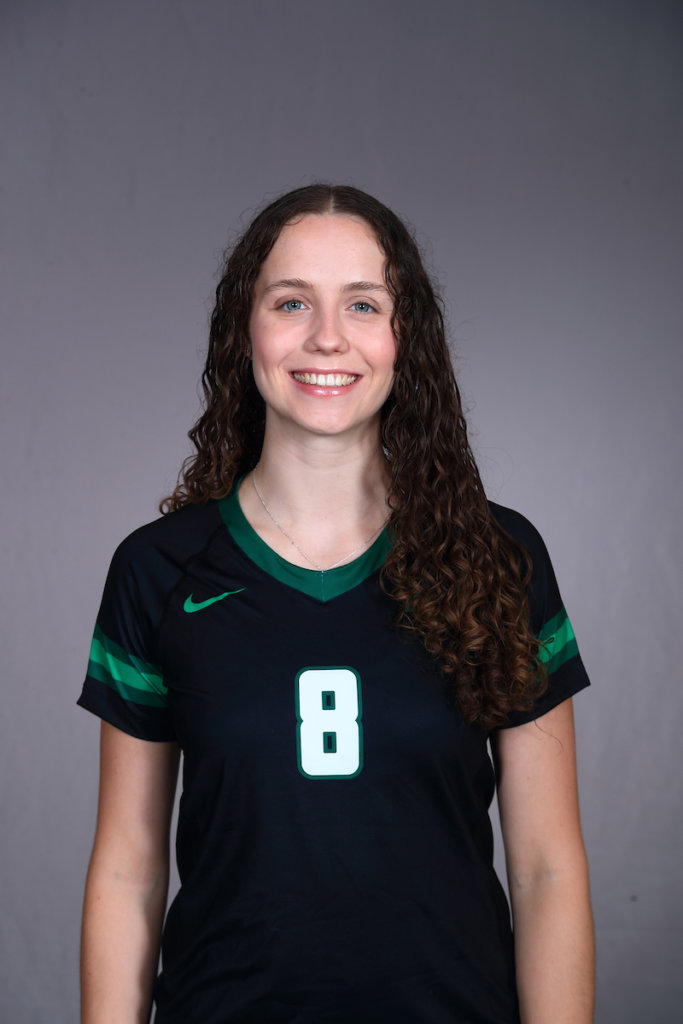 Beatriz Celio Vossen chose Stetson to make her dreams of playing high-level Volleyball a reality. It made the most sense — this university is home to a wide range of robust athletic programmes delivered from state-of-the-art fields, courts and spaces. When she arrived in Florida, she discovered so much more.

“When I came to visit Stetson University, I immediately fell in love with my surroundings and also had a great feeling about the volleyball team and the coaches,” she shares. “I felt like it could be my home. I especially love our beautiful campus, the warm Florida weather, and the meaningful friendships I have made with my fellow teammates.”

Vossen has made plenty of connections in the classroom as well. Though she strives to consistently give it her all on the court, she pours an equal amount of energy into her academics — the business administration major credits the Lynn Business Centre for helping her do so by keeping things interesting.

“So far, I have been able to take classes in economics, accounting, finance, and marketing. At the same time, I was given many chances to take on introductory classes in other subject areas across Stetson, which has certainly helped open my mind to different major or concentration possibilities.” 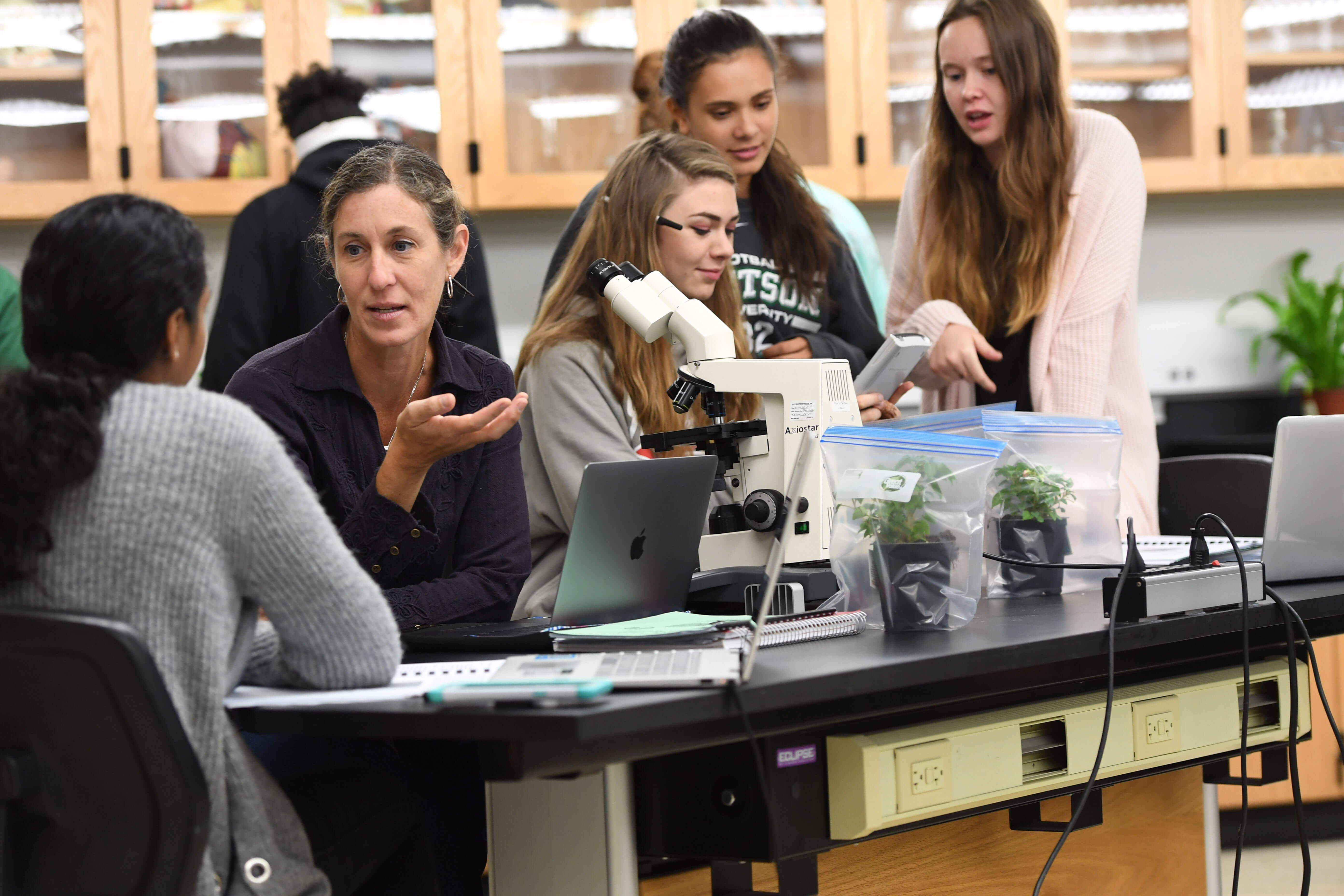 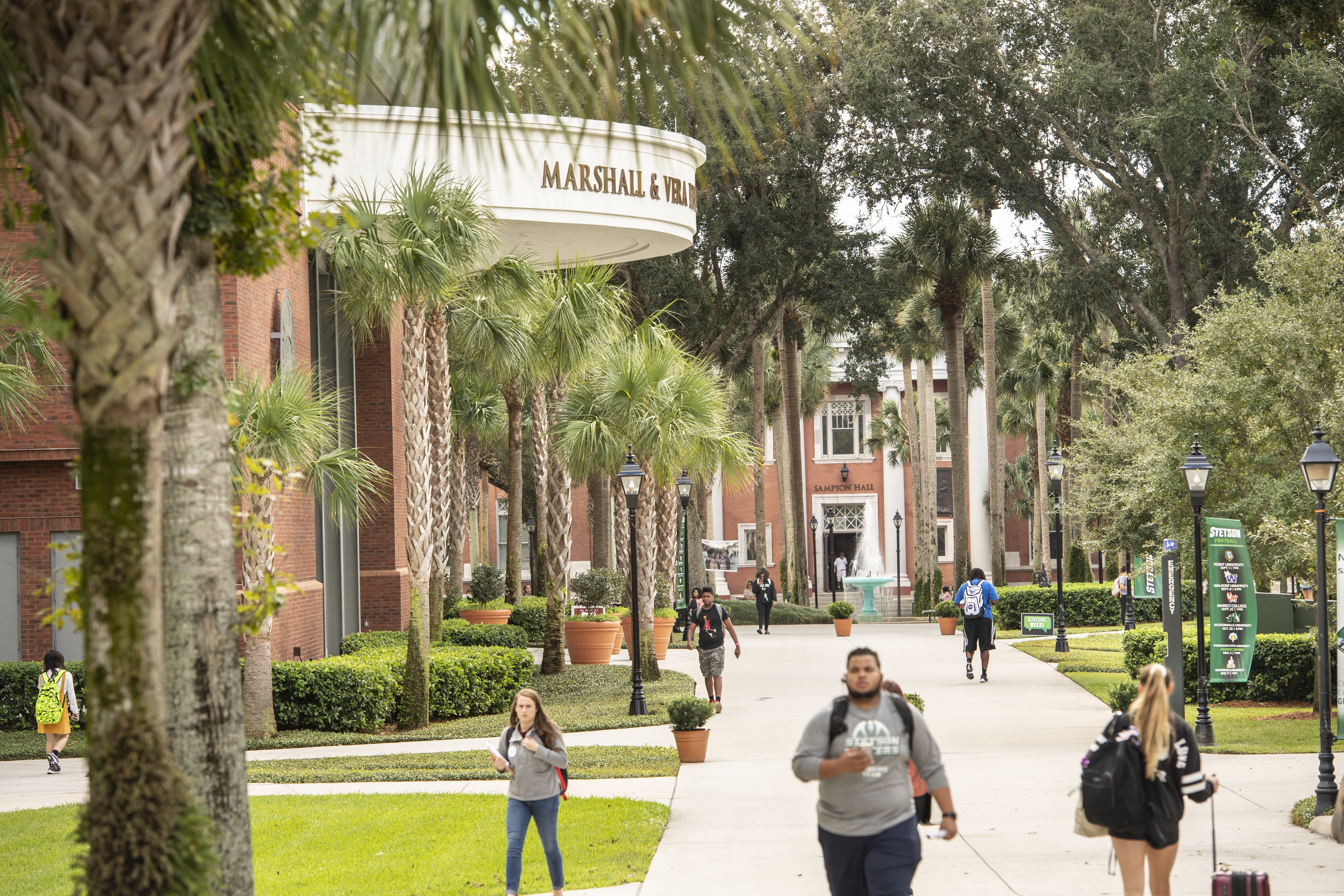