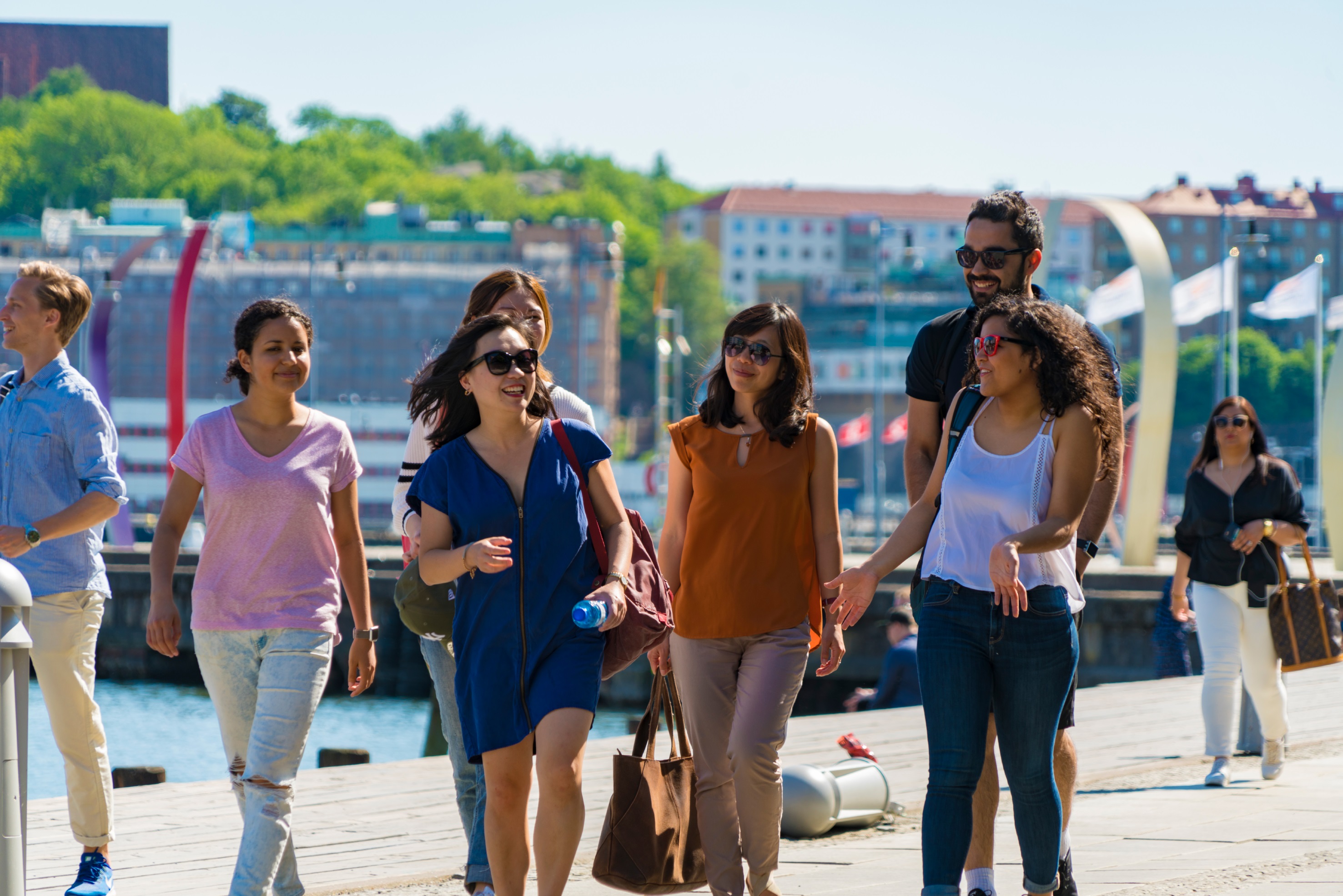 Promoted by Chalmers University of Technology

Chalmers University of Technology: Your postgraduate pathway to creating a global impact

Ground-breaking research. That accurately describes the work that happens at Chalmers University of Technology.

Take science, for example. Recently, Chalmers researchers presented a breakthrough in calculating the atomic nucleus for one of the heaviest stable elements: lead. They documented their findings in an article that was published in Nature Physics, a scientific journal.

“To understand how the strong force works in neutron-rich matter, we need meaningful comparisons between theory and experiment. In addition to the observations made in laboratories and with telescopes, reliable theoretical simulations are therefore also needed,” says Andreas Ekström, Associate Professor at the Department of Physics.

Thanks to a new computer model developed with researchers in North America and England, Ekström and his colleagues could make high-precision predictions of properties for the element and its “neutron skin.”

Such success is possible with outstanding facilities – and students like Teanette van der Spuy thrive in this environment. Pair that with the fact that the university implemented smaller classroom sizes, and van der Spuy and her peers now enjoy personalised attention in state-of-the-art spaces. 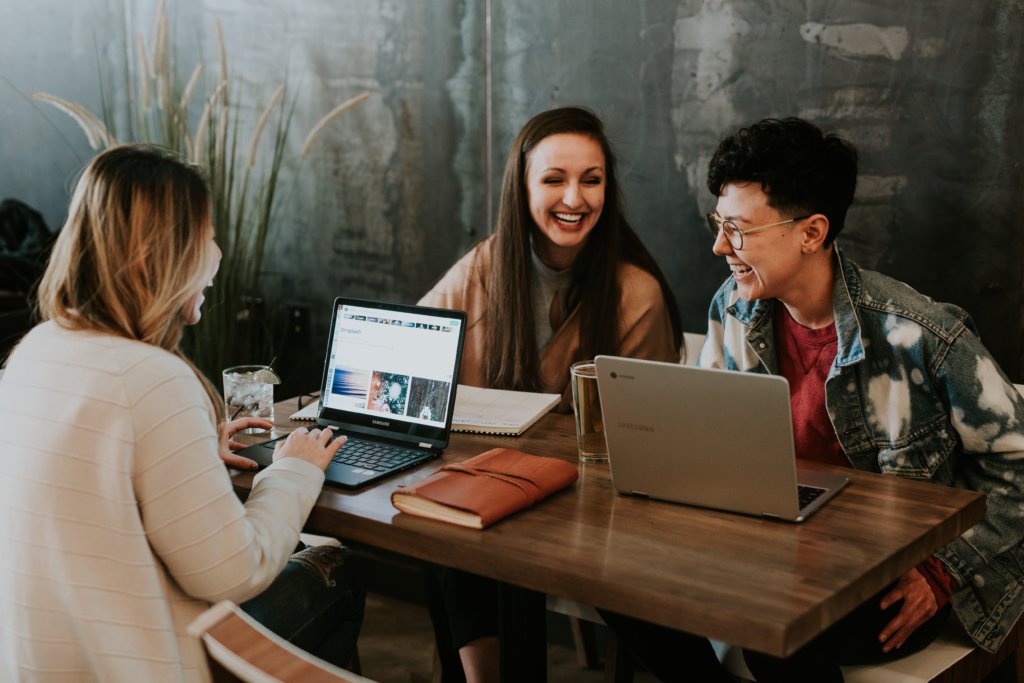 Small classes at Chalmers not only ensure the health and safety of its students but also provide more personalised attention in state-of-the-art spaces. Source: Chalmers University of Technology

“Chalmers has a wealth of laboratory resources and is well-known for their excellent high-frequency circuit designs,” says the says the Wireless, Photonics and Space Engineering, MSc student. “I was particularly excited about the prospect of being able to fabricate and test my own high-frequency design projects.”

At the Onsala Space Observatory – a geodetic fundamental station – the university operates several radio telescopes for astronomy and geodesy while participating in international radio astronomical projects like the Square Kilometre Array. It is an extensive range of antennas that will spread over the two host sites in Australia and South Africa.

Every discovery made within these spaces enriches the educational experiences of countless students. “Since every lecture is presented by a professor from a research group, each session brings an astounding wealth of knowledge to the table,” enthuses van der Spuy.

“I found the laboratory in the millimetre wave and terahertz technology class to be exceptional. We had the opportunity to design their own terahertz waveguide twist and have it manufactured –– an opportunity which I don’t know if I will ever have again!”

In the classroom, students learn through hands-on experience in group projects. Andreas Alhede’s favourite course was one of the programme’s most advanced. “Lessons in concrete structures also comprised project work. During one, we were divided into groups and assigned specific phenomena to investigate such as the effects of restraints or different material models for concrete,” says the Structural Engineering and Building Technology, MSc graduate.

“We needed to investigate how that phenomenon could be taken into account in advanced non-linear finite element analysis. Teachers provided us with guidance and materials throughout. At our final seminar, my group and I had to present our work and share what we learned from the experience.” 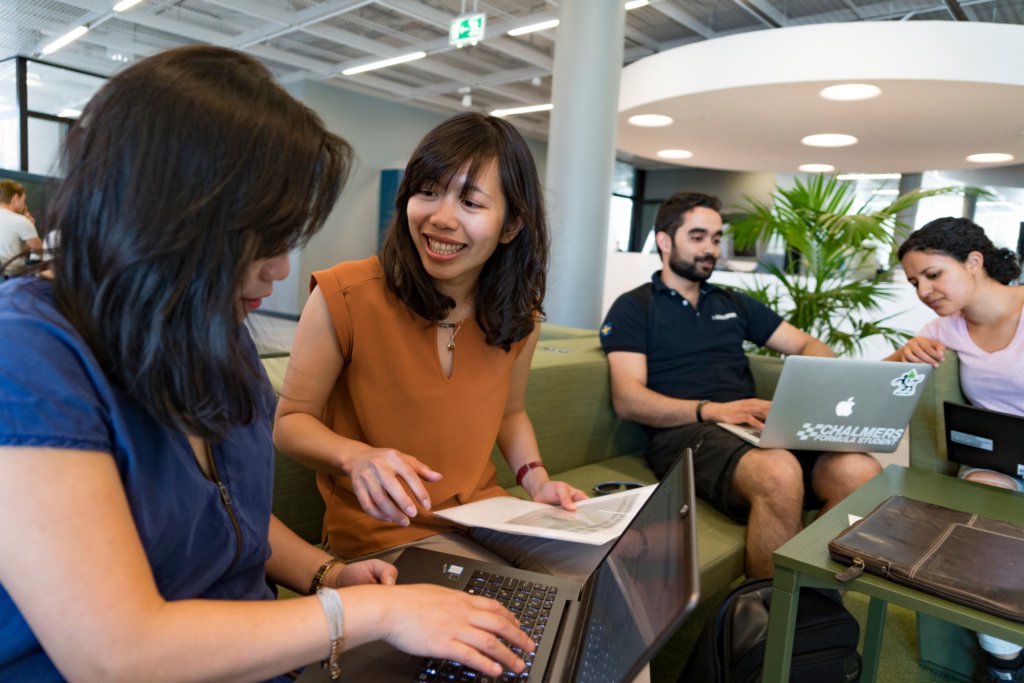 As students learn in groups, they discover new perspectives through discussion with their peers. Source: Chalmers University of Technology

At Chalmers, programmes are designed to be intensive and broad. In the two-year Sound and Vibration, MSc, budding engineers explore the field of acoustics while learning the fundamentals of physics, mechanics, physiology, signal processing, psychology, and electrical engineering.

They can even specialise in noise control engineering, architectural acoustics, environmental acoustics, or audio technology.

The best part? Researchers at Chalmers – who know every student by name – are internationally recognised for their work. The Highly Cited Researchers​ list compiled by Clarivate identifies scientists who have demonstrated significant influence by publishing multiple highly cited papers during the last decade. Three Chalmers researchers (Jens Nielsen, Erik Kristiansson and Johan Bengtsson-Palme) have made it to this year’s list.

It’s little wonder why graduates find themselves highly sought-after by esteemed companies. Structural Engineering and Building Technology, MSc graduates have designed advanced structures for various applications, such as buildings, bridges, and offshore structures. Graduates from the Sound and Vibration, MSc can also be found at companies such as Volvo Cars, Volvo Trucks, Sony Ericsson, and many more.

Graduates like Rebecca Gillie landed her job as a project assistant at Brekke & Strand Akustik during the summer between her two years at Chalmers. Today, a graduate, she’s still with the company, but as the consultant she’s always wanted to be.

So, what are you waiting for? To gain the skills and knowledge you will need to create a positive impact on society, aply to this top Swedish university before January 16th!