Stories of love and friendship from international students around the world

He was from France. She was staying in Ireland. They met in Sligo — a rugged town in the Northern Ireland countryside — while he was studying there at a time when international travel was rare. They’re still together thirty-three years later with two children and a wholesale wine business they run jointly. So goes the story of Pascal and Siobhan Bonnichon, known as the first Erasmus couple.

There are many more Pascals and Siobhans around the world — a million babies are estimated to have been born to couples who met via the scheme. This Valentine’s Day, we celebrate them and all the other relationships that have enriched lives and made the world just that bit smaller. Below we share five cute Valentine’s — and Galentine’s — stories that might just melt the ice caps of your heart and inspire more love all around.

Love letters to and from Vietnam 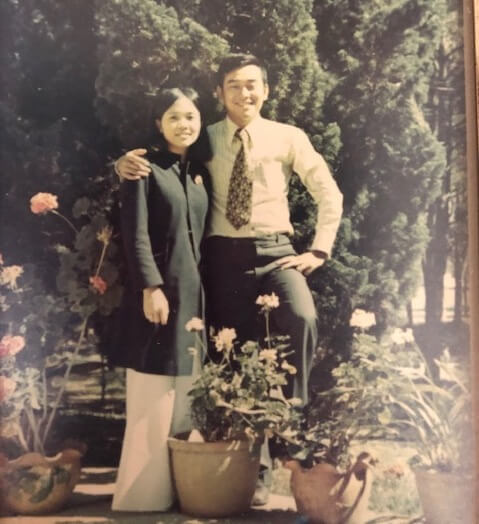 My parents were separated for four years from 1974 to 1978 because of the war in Vietnam. My father left in 1974 to pursue his master’s degree in the US. My mother stayed in Vietnam with my older sister, who was one years old then. When South Vietnam lost the war in 1975, no one was allowed to enter or leave the country. In order to communicate, my parents wrote love letters to each other. They did this through sending the letters to my aunt in France who would then send it to my father in the US and vice versa. This was because direct letters between the US and Vietnam were prohibited. They wrote to each other this way for four years until they were finally reunited in 1978 when my mother escaped as a refugee to the Philippines. She was then sponsored to fly over to the US and this year they will celebrate their 50th anniversary. Until this day, they both tell me that they try to be a better partner for each other every single day which inspires me to do the same.

A PDA affair during Valentine’s Day 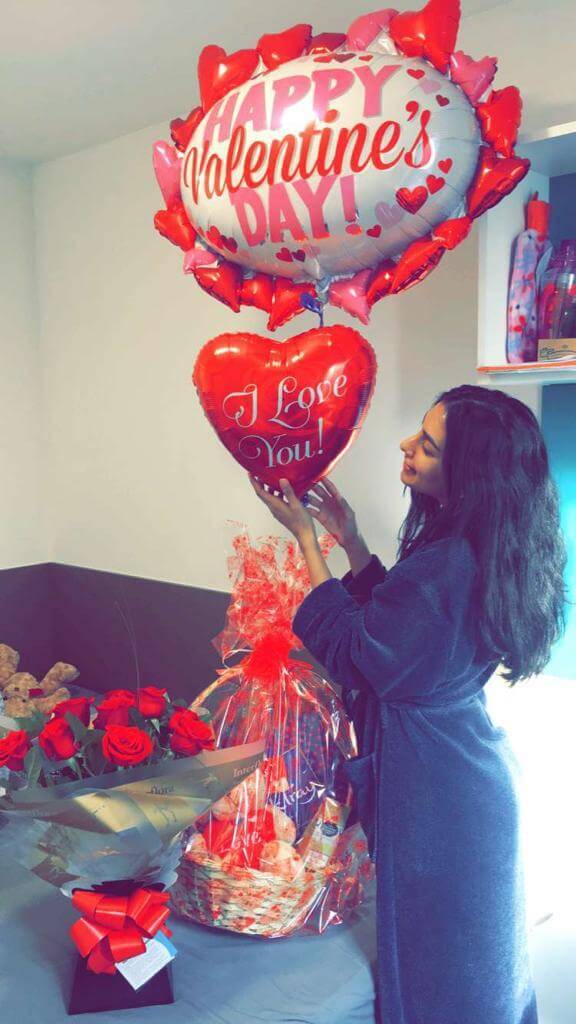 Chocolates and gifts are a lovely way to surprise a loved one on this special day. Source: Harsimmren Kaur

Our relationship began when I studied abroad in London. Long distance is always tough, but tougher when there’s a big timezone difference. Back in Malaysia a casual 10 a.m. is a tough 2 a.m in the UK, especially on a day like Valentine’s where all you see is PDA. Being in different parts of the world made this day dreadful. I was totally taken by surprise when my doorbell rang that morning. There in the doorway was a delivery boy holding a huge bouquet of flowers, a hamper filled with my favourite chocolates, balloons, and a note. The note had “Dinner date at 8 p.m. tonight?” on the front and a carefully planned itinerary on the back that included a specially allocated time for dinner, drinks, with a Netflix and Chill catch up synced through Teleparty. We ordered our favourite meals and a bottle of wine each and had the best laughs over FaceTime during dinner. We ended the night with drinks and watched “Valentine’s Day” on Netflix. 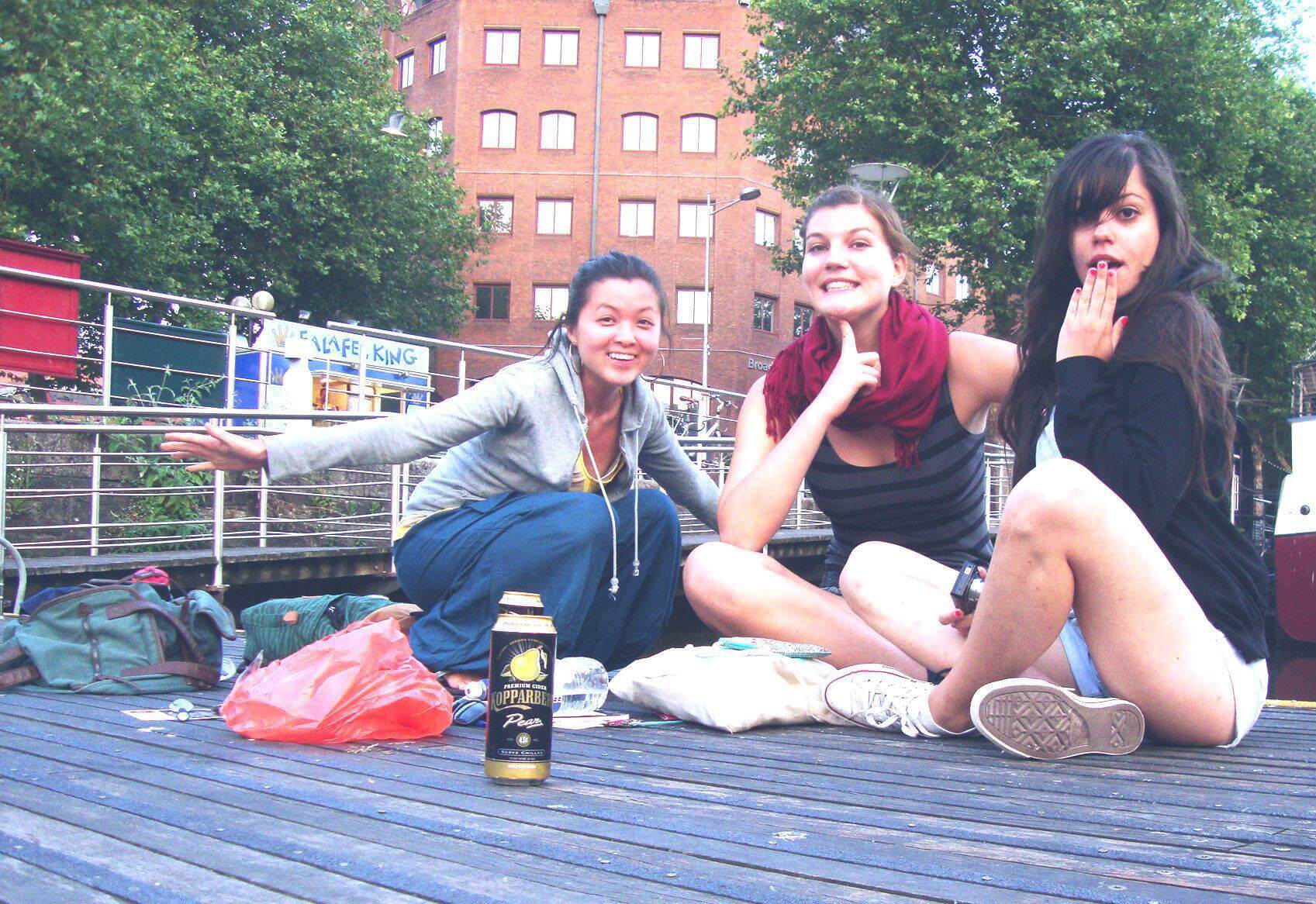 Studying abroad can seem scary since you don’t know anyone, but for Kong, it gave her a lasting friendship. Source: Lee Lian Kong

I met Zala during an international student picnic in the city during our first week at the University of West of England, Bristol. We just clicked. She brought me to vegetarian cafes, independent film screenings in bowling alleys, even a protest against a hike in tuition fees in London. I got her to help with a bake sale to raise funds for a housemate’s marathon drive. During summer break, I even got to meet her family and friends in Ljubljana, Slovenia. To this day, I still remember cycling in the city centre, checking out the famous castle and being told that in Slovenia, it isn’t war generals that get statues made of them, but poets. We’re still friends seven years later and counting!

Finding love in the land Down Under 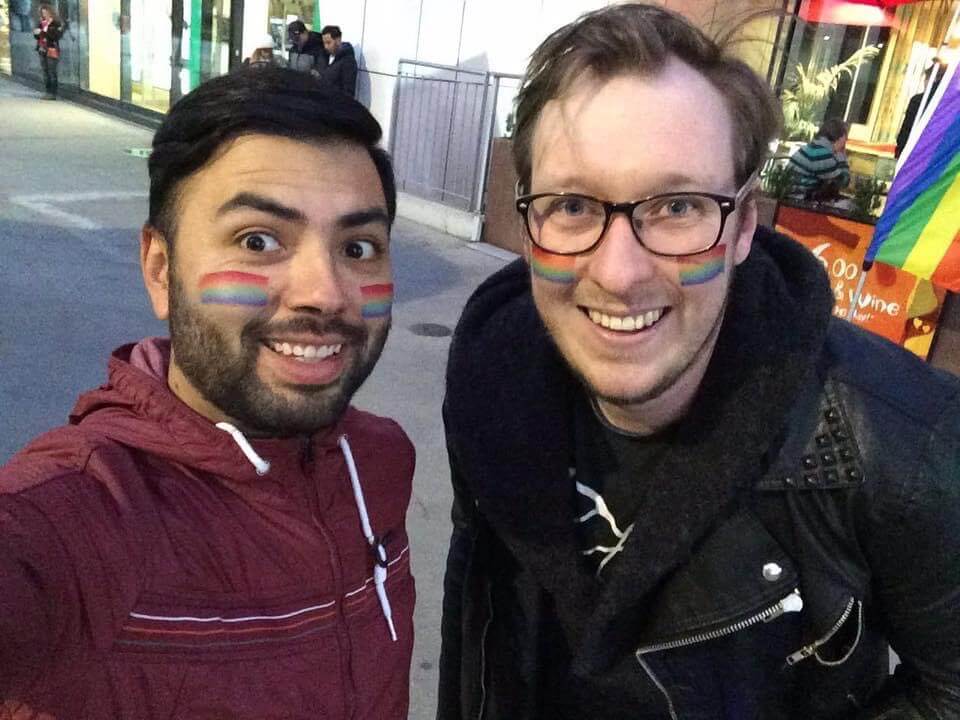 I met Mark, my partner, while working at La Trobe’s Accommodation Services as their night manager during summer break. Mark had booked a room for a week as he was doing a week of professional placement at the Bendigo Advertiser. We met the night he checked in and I showed him the place and offered to lend him my plates and cutlery so he didn’t have to buy any. We had dinner together a couple of nights and we found out we had a lot in common. After that week, he got offered a job at the Bendigo Addy and he moved to Bendigo. He contacted me to write a story about how I would spend my first Christmas away from home and then we had fish and chips on Christmas eve — a very Aussie tradition. From that, we became really good friends and met on a regular basis until a year later when Mark moved into the shared house I was living in. One thing led to another and one day Mark told me he had feelings for me and wanted to be in a relationship. I had feelings but wasn’t sure about what was going to happen with me in Australia as my student visa was about to expire. I decided to apply for a post-graduate visa as I wanted to be with Mark. The rest is history, as we’ve been together for almost four years as a couple.

Coming out of my shell 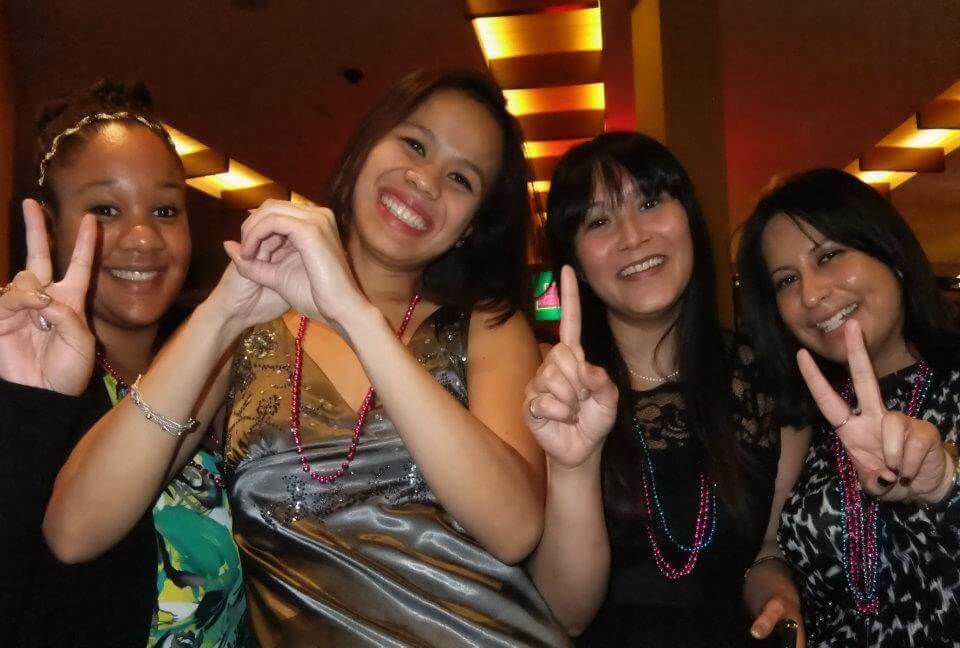 For Kamil-Yusof, Mila helped her to come out of her shell. Source: Sara Kamil-Yusof

I’ve never been the type of person to seek out friendships and make the first move. This is where my friend Mila — whom I met in Langara College — comes in. She invited me to her birthday party after we got paired together in class. From there, I met her other friends who have become close friends of mine. Mila exposed me to some great people and helped me open up to becoming a more sociable person. We both got our diploma in kinesiology at the same time, moved on to the same uni — Simon Fraser University — and studied the same programme. To this day we still keep in contact almost daily. The bond that has been built will likely last a lifetime as we know each other inside out. We share a lot: secrets, thoughts, stories of love interests, complaints of all sorts, and so on. With the loving support of Mila and the friends I’ve met through her, I am less of a shy person and more open to making the effort to make new friends. 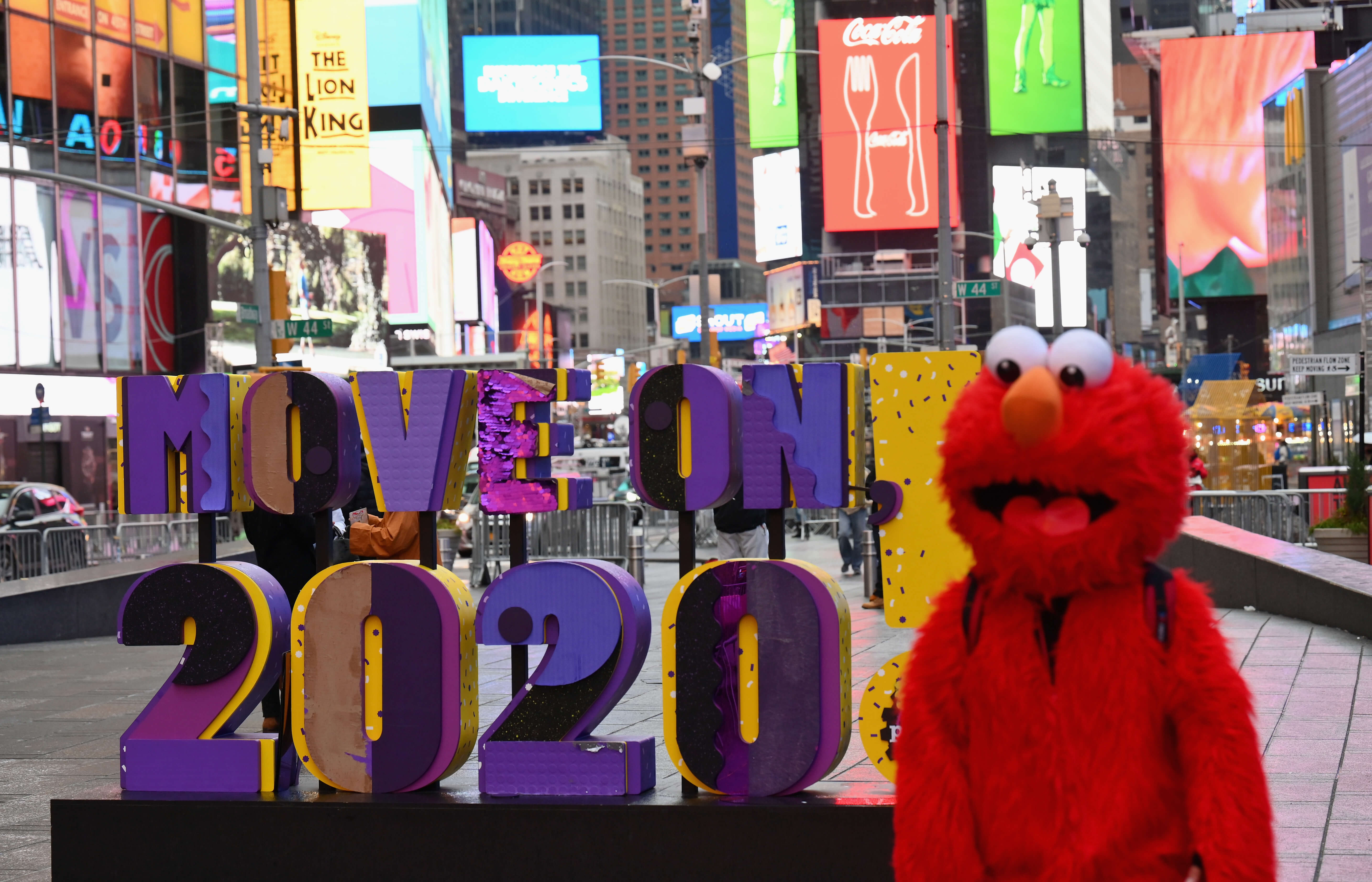 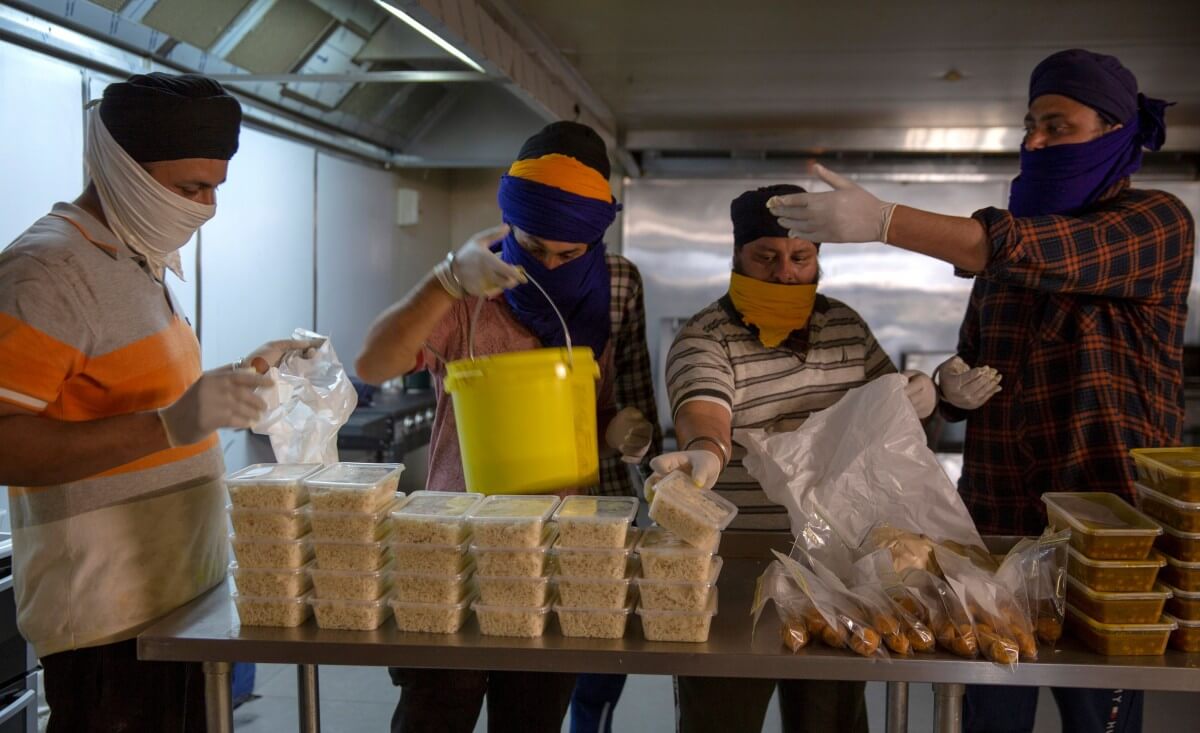 COVID-19: Heartwarming international student stories that will restore your faith in humanity