Millions of viewers in China have Aiqi Sun, a University of North Carolina student, to thank for bringing the most watched ESPN documentary of all time to China. Sun, from Qingdao, China, had the incredible opportunity to help translate the latest documentary about Michael Jordan “The Last Dance” from English to Mandarin. The documentary — showing how Jordan came to be the basketball legend that he is — amassed an average of 5.6 million viewers across all 10 short episodes.

How did the University of North Carolina student get this once-in-a-lifetime opportunity? It all started when Sun won an award in high school for his translating skills, and has previously provided Mandarin subtitles for another television series for Tencent — the Chinese rightsholder of “The Last Dance”. When he heard that Tencent had a huge project coming in April, he jumped at the opportunity and signed up for it.

“I like sports, and I enjoy playing and watching them — in particular basketball, badminton, pool, and so on. I also enjoy reading, especially on topics regarding social sciences. The reason I chose to study abroad is because I like to experience different cultures and to pursue my academic goals,” the 19-year-old tells us. 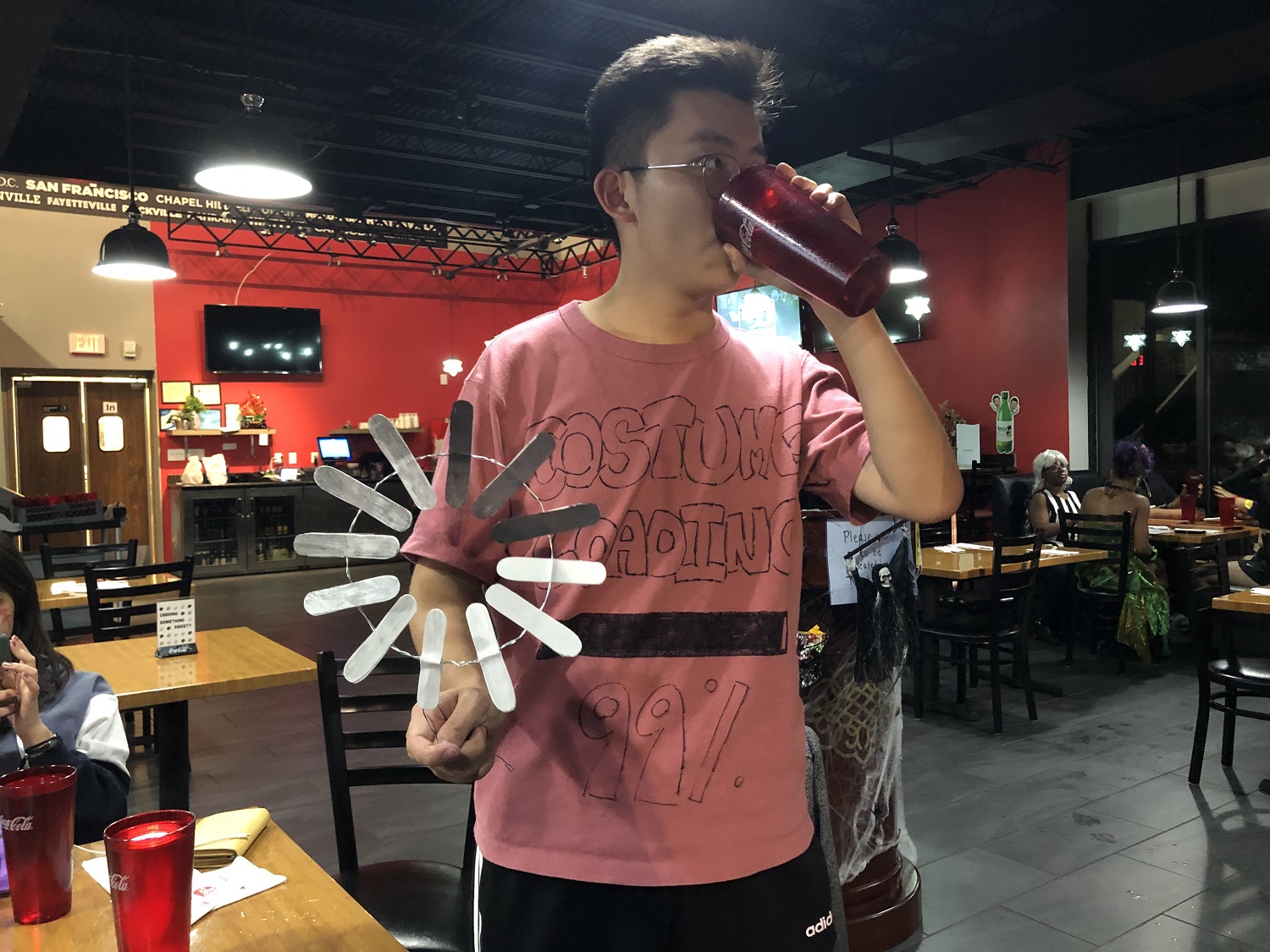 Below we dive into more depth about the process of translating “The Last Dance” and his experience as an international student in the US:

Can you give us more details about translating Michael Jordan’s most recent documentary ‘The Last Dance’?

I translated the first episode and half of the eighth episode of “The Last Dance”. Each episode took me hours. It was challenging because we had only 48 hours to turn it in keeping in mind I had to prepare for my finals and school work too.

I worked with a team of translators, each assigned to different episodes. After translating, we always had to double check. The job was slightly easier for me because Michael Jordan also attended the University of North Carolina, so I knew all the names and locations on campus mentioned in the film.

Besides not having enough time, the biggest challenge was the fact that there was no film — we were only given the script. I had to imagine what was going on: What position was Michael Jordan exactly on the court? In which direction did he pass the ball? I had to resort to Googling the videos of those games so I could translate more accurately. In addition, translating slangs and profanity was also quite troublesome!

Can you walk us through the application process to study at the University of North Carolina?

Back in my hometown in China, I went to a highschool with a British curriculum in my hometown where we studied the IGCSE and the international A levels. Several of my schoolmates went on to study in the UK, but I was more interested in the diverse culture and academic setting in the US.

I took the SAT, TOEFL, and APs and applied to the University of North Carolina through Common Application in the Early Action round. I was also accepted to the Honours Carolina programme, and the Excel@Carolina programme which just further persuaded me to commit to that university.

What do you like most about studying at the University of North Carolina?

I really like the fact that my classmates are always very interactive and we have had many interesting and valuable discussions. People aren’t afraid to share their ideas and I’ve learnt a lot from them. 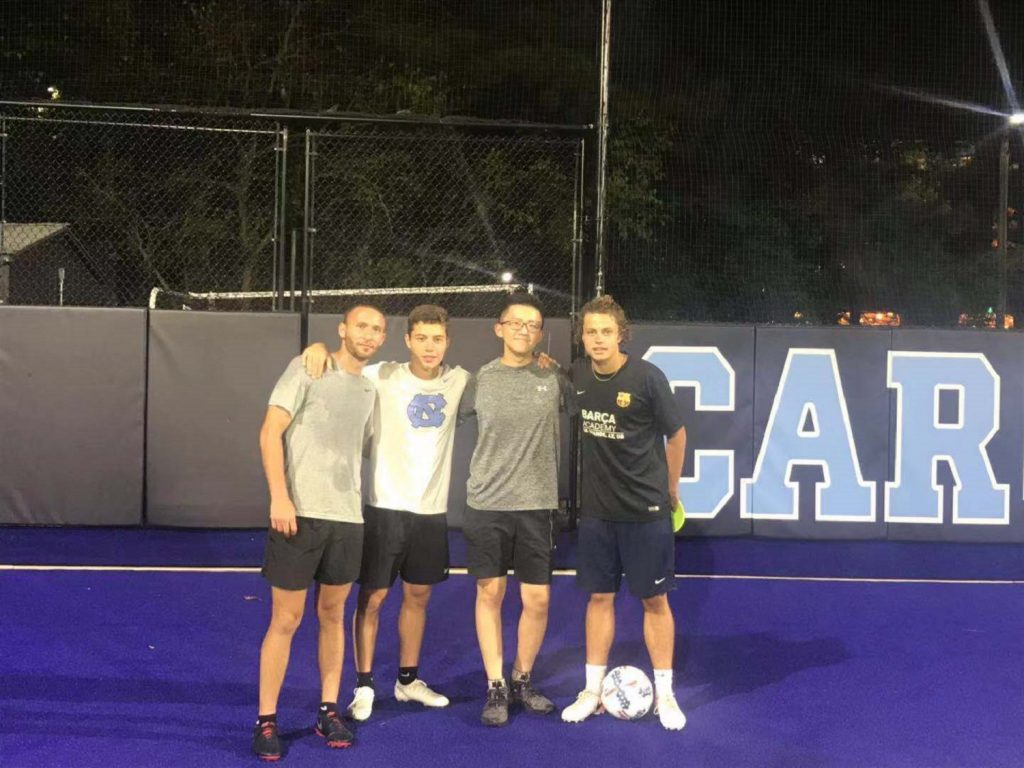 Aiqi Sun, pictured second from the right with his football teammates at the University of North Carolina. Source: Aiqi Sun

Tell us about your most memorable time at the University of North Carolina in the US. What do you like most about it and why?

Because of visa issues, I arrived late to university and my first class in college was the compulsory first-year writing. As a foreigner I didn’t understand the discussion and I wanted to drop out several times.

However, my lecturer was patient, helpful, and guided me through all the previous courses I missed. This meant a lot to me because I kept worrying about not being able to study and live in a foreign environment, I’m very grateful to that teacher.

A more relaxing story would be that there was a huge snow day once and the football stadium was covered in thick snow. I’ve not seen snow like that back in my hometown, so I was extremely excited. School was suspended, and my friends and I had a really good time.

What activities do you enjoy doing most in the US? 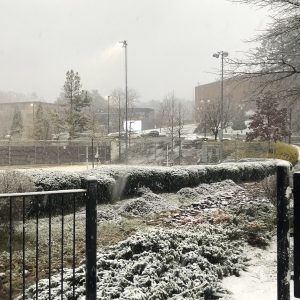 Aiqi Sun recalls a day where it snowed so heavily that school was suspended. Source: Aiqi Sun

I often go to basketball and football games. However, the basketball team at the University of North Carolina never wins when I go watch (I hope I’m not the bad luck charm!). I love food, so I often dine out on the weekend around Chapel Hill to try different cuisines. Lastly, I love hanging out and chatting with the friends that I’ve made.

What do you miss most from home?

I miss my friends, my family, my dog, the food, and the fact that I can drink alcohol in China at my age. I still keep contact with many friends and am trying to make more in the US. I also regularly Facetime or call my parents.

I lived with the family of my father’s old classmate who took care of me after the spring semester, so that felt a bit like home. As for food, I’ve tried quite a few Asian restaurants in the Triangle area and I’ve tried cooking myself, but it’s been pretty disastrous!

What are your top recommendations for others planning to study in the US?

I’d say it’s important to learn English well if you are not a native speaker. There’s definitely going to be a cultural shock, so the best thing is to be open to new experiences and be ready to express who you are. 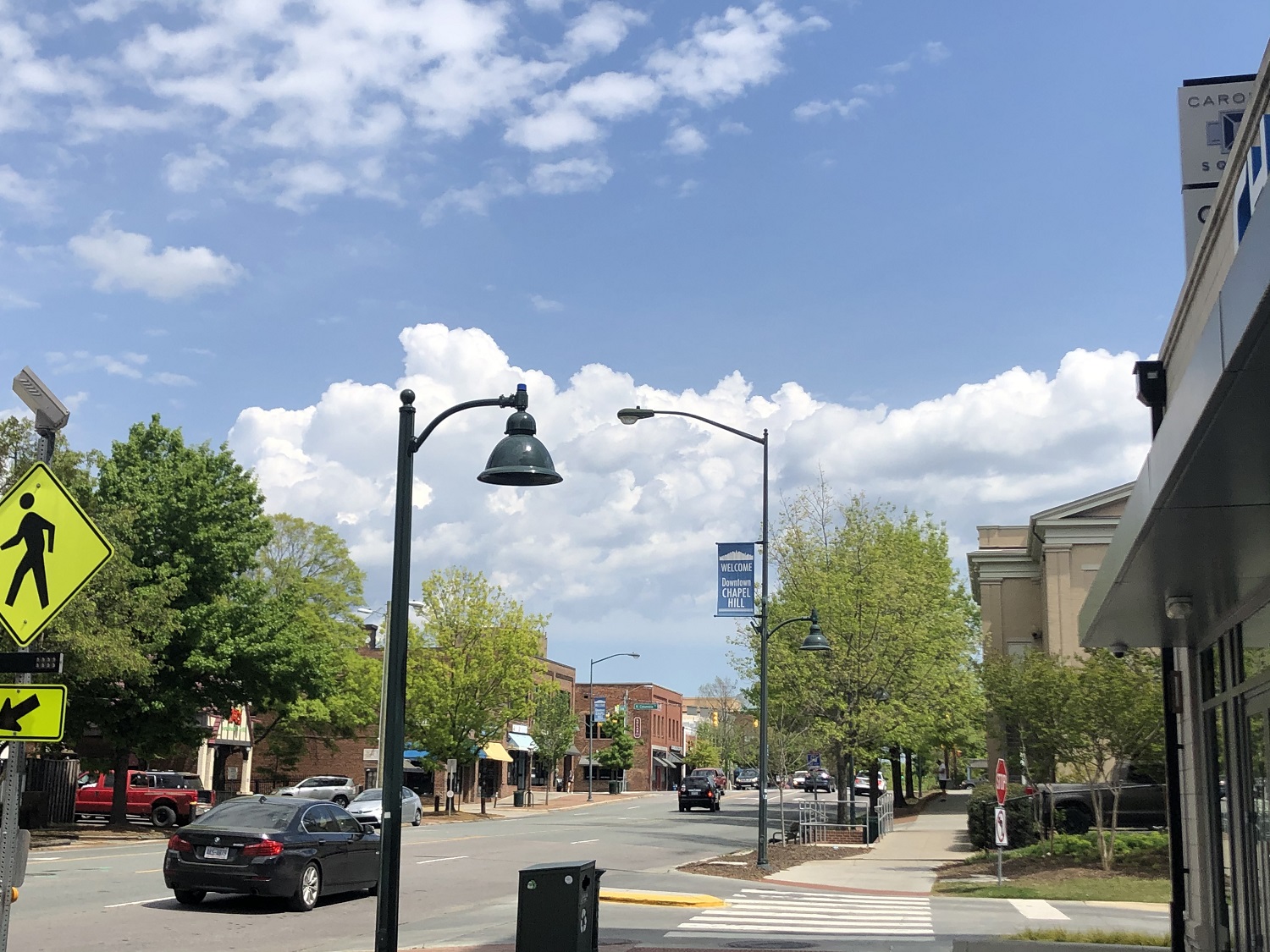 Franklin Street is the centre of social life for students at the University of North Carolina. Source: Aiqi Sun

What plans do you have for the future? Would you consider a career in translation perhaps?

I don’t have a solid plan for now. I might pursue a PhD in Economics and work in an academic institution after my studies at the University of North Carolina. I’m still doing translation as a part-time job, but am aware that I need a lot more training to be more professionally involved. 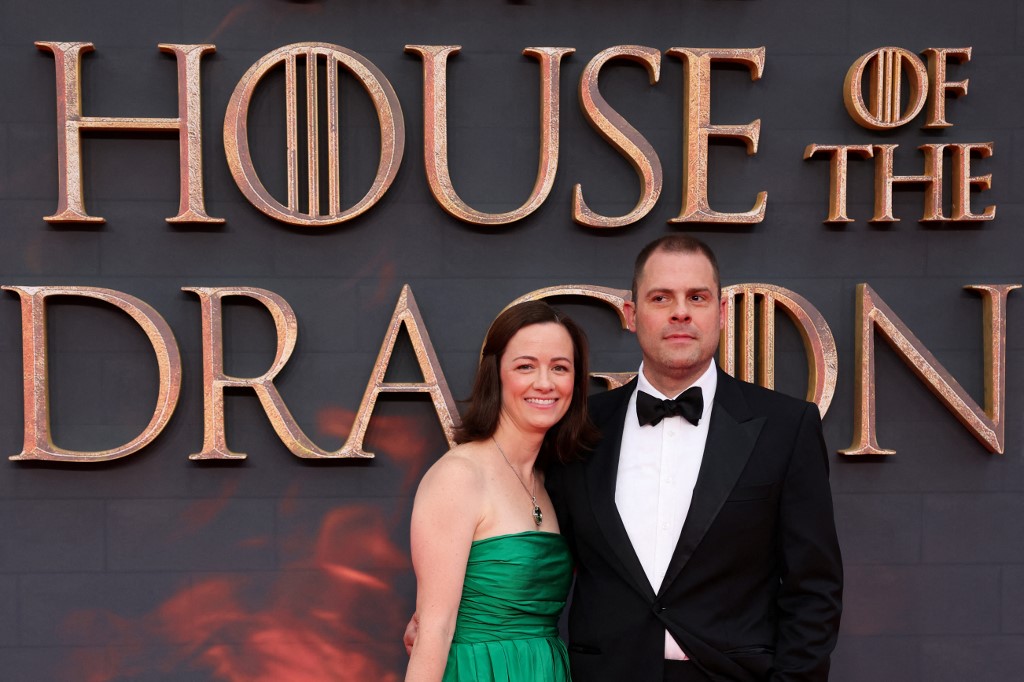 Where did the cast of ‘Game of Thrones’ spin-off ‘House of the Dragon’ go to uni? 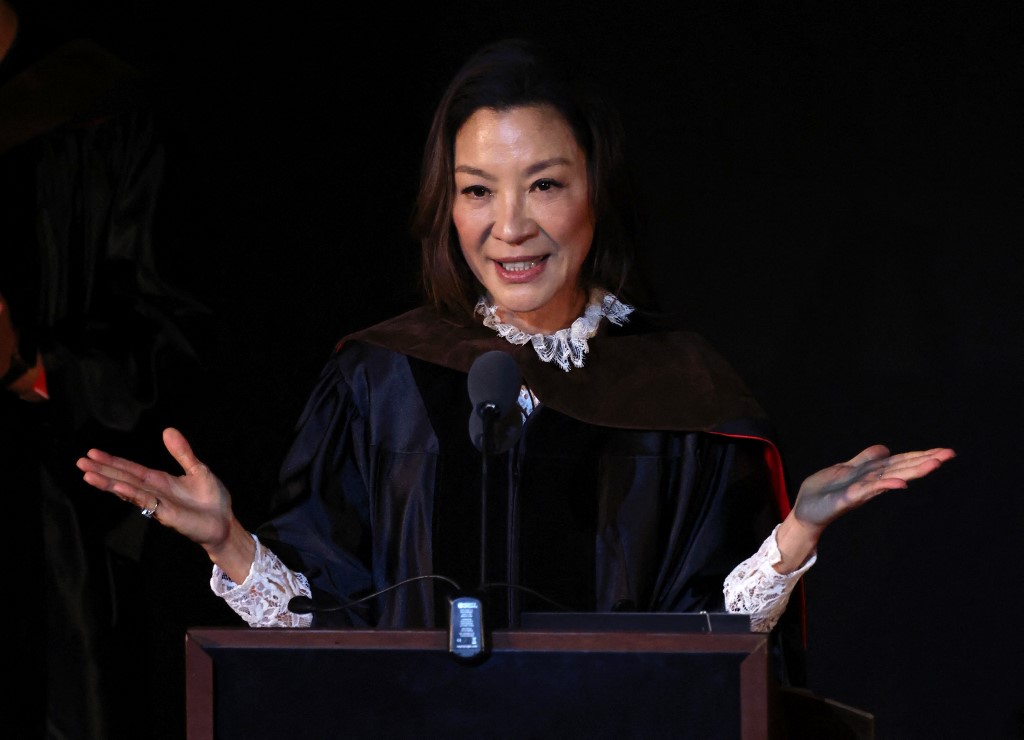 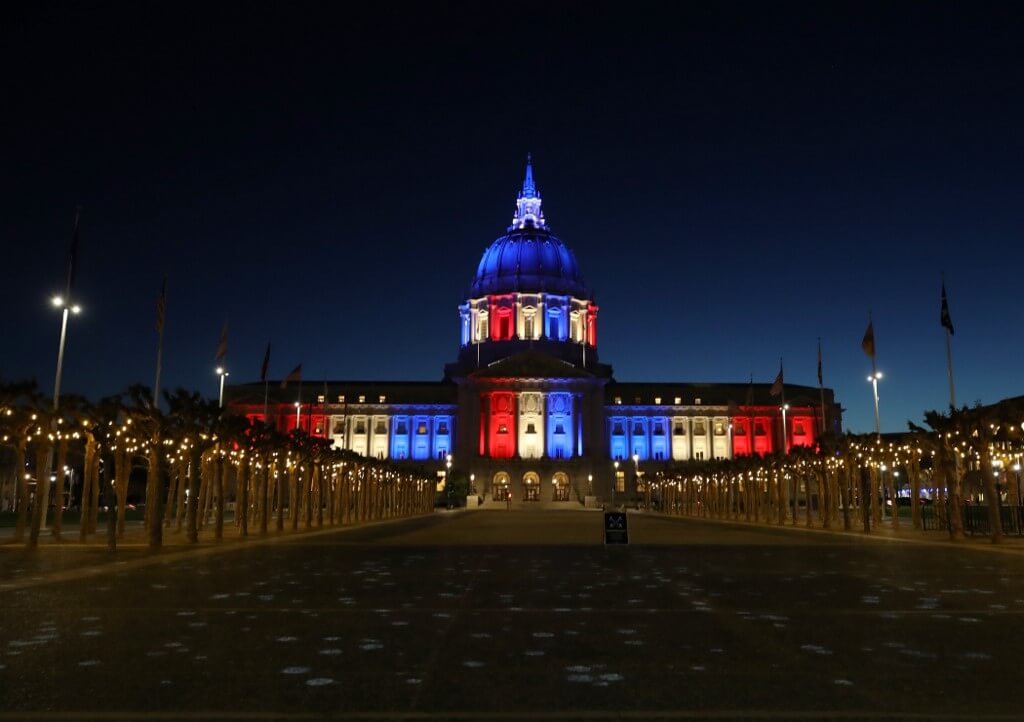 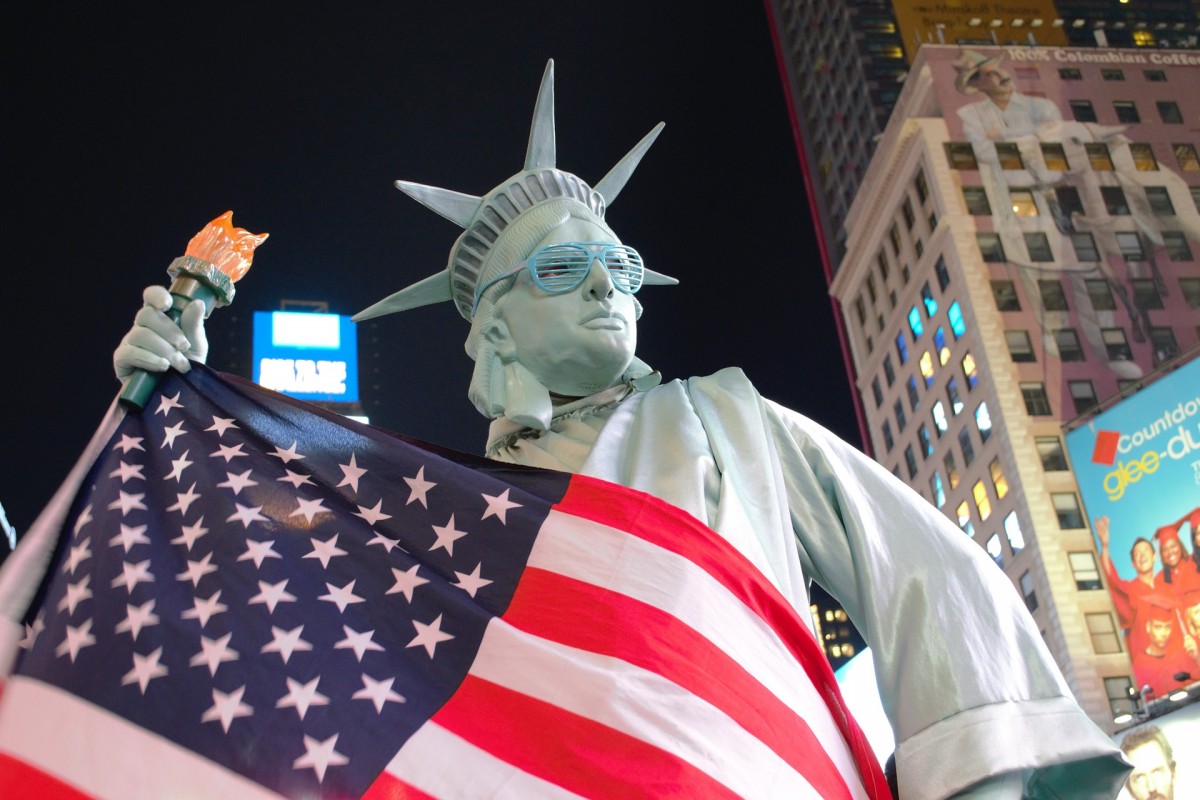