How Australian universities came to rely on international students

This essay is based on an episode of the University of Technology Sydney podcast series “The New Social Contract”. The audio series examines how the relationship between universities, the state and the public might be reshaped as we live through this global pandemic.

It’s sad times for public universities as they fight for their survival. Most are reeling from a severe financial hit due to the loss of international students.

Universities are estimated to lose around AU$3 – 4.6 billion in revenue from international student fees in 2020 alone, and more in 2021.

The government has locked universities out of JobKeeper — its COVID-19 wage subsidy scheme — despite the fact the sector is projected to lose around 21,000 jobs, of which 7,000 are estimated to be research-related.

International onshore student revenue was, as a share of all universities’ revenue, 26.2 percent on average in 2018, just shy of AU$9 billion. For some universities, the dependency on international students is even greater, at around 30-40 percent.

Many in the government criticise universities for relying so heavily on international students for revenue. For instance, Senator James Paterson recently told the Senate:

“Over the last few decades our universities have bet big on the international-student dollar. Their institutions have boomed from what has been a very lucrative business, but they have become badly overexposed […] Universities argue they have pursued this market by necessity.”

“They argue insufficient government funding pushed them down this path. It’s a convenient story that attempts to absolve universities of responsibility for the decisions they have made, and it is a false one.”

But such views are false. And they ignore the history of international students from Asia studying in our universities.

A history of international education

In 1923, Sydney University accepted its first Chinese overseas student, NY Shah from Wuhan, who was studying to become a teacher back in China.

From the 1950s, children of Chinese diaspora parents from countries such as Indonesia, Singapore, Malaysia and Hong Kong began to arrive in Australia to study.

This rarely mentioned cohort of private overseas students studied alongside students supported by the well-known Colombo Plan — an intergovernmental effort to strengthen economic and social development of member countries in the Asia-Pacific region.

In fact, so prominent was the Colombo Plan’s efforts in bringing students to study in Australia, it is still incorrectly believed to be the first major source of overseas students.

Historian Lyndon Megarrity estimates the Colombo Plan brought less than one-fifth of overseas students to Australia in the 1950s and 1960s. The vast majority came as private overseas students.

They went to Australian schools, sat for university matriculation and for those who passed, proceeded to university either funded by the generous Commonwealth scholarship scheme or by paying substantially subsidised university fees, just like Australian citizens.

Most met the conditions after attending two years of high school and the three year minimum for a degree.

While some stayed, of those I interviewed for a UNSW survey of overseas students who studied at the university in the 1950s and 1960s, it seems most returned to their home countries where an Australian university degree promised excellent career prospects.

There was obviously something about Australian education and society that appealed to our Asian neighbours, and pulled them to Australia where they lived for five years and more.

In 1990 the Australian government introduced full fees for all international students. John Dawkins, the then Minister for Employment, Education and Training, saw an opportunity to establish university education as an export industry.

The year 1990 is significant because the Australian government was in the process of implementing the Dawkins reforms which reorganised the once diversified public higher education sector into a single national system.

The aim of the Dawkins reforms was to encourage more Australian school-leavers to attend university and, on graduation, become part of a highly-skilled and educated national workforce.

To help fund this vastly expanded system and rein in costs, the government introduced HECS. Students could postpone subsidised and interest-free fees until their salary reached a certain level when they would repay the loan through the taxation system.

International student fees at this stage were not a significant source of university income. But they became so from the early 2000s after a decade of reduced government funding and a significant expansion of local student numbers.

Since government funding no longer covered the full costs of expensive research or the strong growth in domestic students, universities had to find funds from elsewhere.

Wang Yang (L), a member of the Political Bureau of the Communist Party of China (CPC) Central Committee and Party Secretary of CPC Guangdong Committee, listens to student Jiang Yajie (R) during his tour of the photovoltaic lab at the University of New South Wales in Sydney on June 7, 2012. Source: Torsten Blackwood/AFP

It can be said that international student fees have become an unofficial part of the funding policy of consecutive federal governments.

Government actions and inactions that led to such a reliance on international fee income have created a system that challenges a belief many of us hold dear — public universities should be able to draw on public funds for their operations.

Where in 1989 universities derived more than 80 percent of their operating costs from the public purse, now it is estimated to be less than 40 percent —a figure well below the OECD average for public investment in tertiary education.

Where to from here

Since the 2000s, the shortfall has been largely made up by international student fees which have enabled universities to punch above their weight. On a population parity basis we have more universities in the world’s top 500 (by some metrics) than Canada, the UK and the US.

Engineering student Mun-Xin makes running repairs to one of the 379 people, some dressed as robots, who prepare to smash the offical Guinness World Record attempt for robot dancing at the University of Melbourne, on September 29, 2009. Source: William West/AFP

And 2018 figures show we have some of the highest participation rates of school leavers in the world, at least 30 percen higher than is the case in the United Kingdom.

International students, however, should not simply be measured by the fees they pay. Evidence shows while here, students contribute to the well-being of Australians by fuelling economic growth and prosperity that provides jobs for Australians.

Some international students remain in Australia as our largest single source of skilled migrants. Others return to their home country to become leaders in business, politics and cultural industries with respect and appreciation of Australian culture. We should nurture this goodwill, not trash it.

The next article linked to the podcast will look at universities and the climate.

Context of the Crisis was made by Impact Studios at the University of Technology, Sydney – an audio production house combining academic research and audio storytelling.

What is the future of Chinese students in Australia?

International students may be able to enter Australia by July 2020 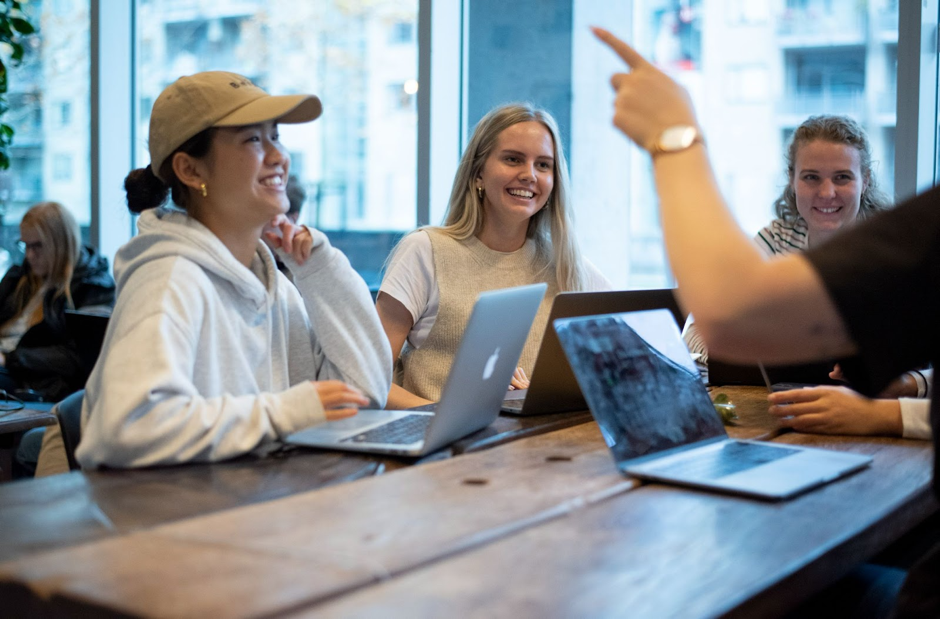