Instagram can make teens feel bad about their body, but parents can help. Here’s how 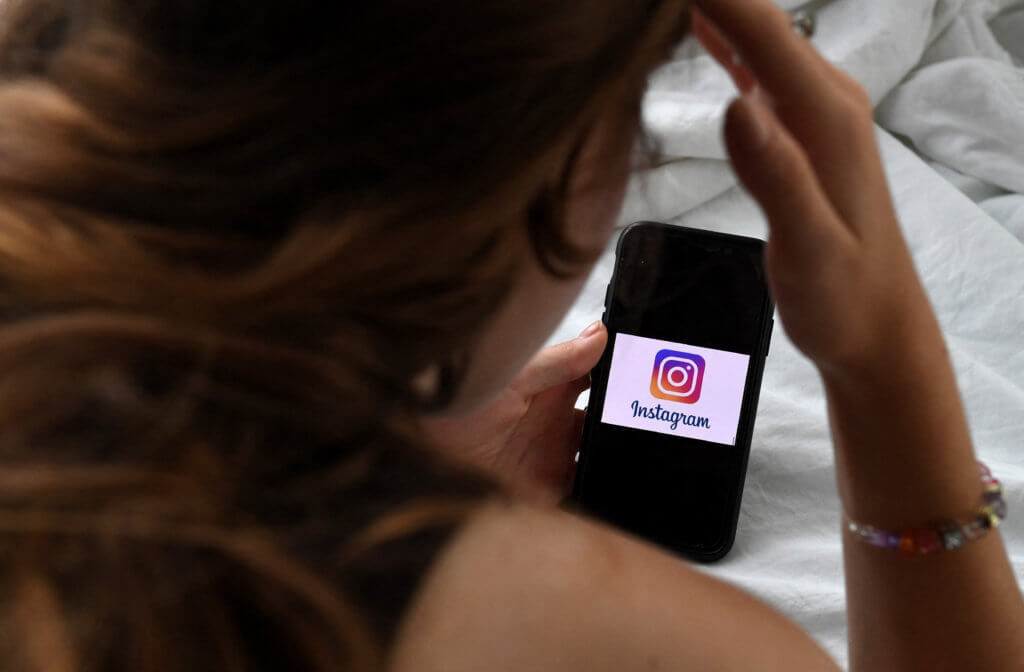 In this photo illustration, a person looks at a smart phone with a Instagram logo displayed on the screen, on August 17, 2021, in Arlington, Virginia. Source: Olivier Douliery/AFP

Boys are also affected, with 14% reportedly saying Instagram made them feel worse about themselves.

As far as we are aware, there have been no reports from Facebook of the impacts on young people who identify as gender diverse. This group is at a particularly high risk of developing body image concerns.

The new information about Instagram’s effects on young people can be concerning for parents and may prompt some to want to ban their kids from using social media. But this is likely to cause significant friction between parents and young people.

Plus, young people often find ways to work around any such bans, making them self-defeating.

We suggest this is an excellent opportunity for parents to start an honest conversation with their children about their online lives. Parents can also encourage their kids to make their online experiences more positive.

The reports from Facebook are not a great surprise to researchers in the field of body image. A review published five years ago on the impacts of social networking sites found their use, among adults and young people, was related to body image concerns and disordered eating.

The review also showed it is not necessarily the amount of time spent on social media, but rather specific activities, such as viewing, editing and posting idealised photos, that are particularly problematic.

The photos or “selfies” posted by celebrities, influencers and even friends on social media may be highly staged and filtered to present the most attractive versions of themselves. Many of these photos are not a realistic portrayal of a person’s true appearance and serve to promote unattainable appearance ideals.

People commonly make comparisons between their own appearance and these edited and unrealistic photos and tend to judge themselves to be less attractive.

Other research highlights the many positive aspects of social media. For people with eating disorders, social media and older internet spaces such as chat rooms and forums, are often crucial spaces to share experiences and seek support. This adds a further layer of complexity to ongoing debates around social media and body image.

Social media is a core component of young people’s social lives which allows them to maintain and make new friendships. This form of communication has been vital during the COVID-19 pandemic lockdowns.

Social media activities are likely to form an important part of young people’s identity. So, wherever possible parents could try to keep an open mind and resist the urge to criticise.

If parents are not sure how to use social media, they could ask their young person to show them around the platform(s) so they can understand more about the content they are consuming.

Research has shown social media literacy has positive impacts on young people’s body image. Together with children, parents can discuss the use of filtering and retouching images and videos, and how what is shown online is not always the reality.

What else can parents do?

Parents can also role model eliminating appearance or weight-based conversations from their own vocabulary, in person and on social media. This includes conversations focused on our own bodies such as comments about a desire to lose weight.

Research has shown parents are a powerful influence on how young people view and speak about their bodies. Parents can be kind in the way they speak about their own and other bodies and praise their children for qualities other than their looks.

Parents can be key players in helping young people make their time on social media more positive and empowering.

Ask young people to check in on how they are feeling when using social media. If following particular accounts makes them feel negative about themselves, ask them to unfollow or mute that person. Instead, encourage them to follow accounts which inspire them in non-appearance based ways and foster a broad range of interests such as sport, travel, art and comedy.

Research has also shown seeking out and seeing positive body image content on social media can improve our sense of body image and overall mood.

Parents can also help their children develop a range of coping skills to help them counteract negative thoughts they might have about themselves while using social and when meeting face-to-face.

One such skill is employing self-compassion towards our bodies. Research shows this has positive effects. For example, the compassionate friend exercise involves asking young people: “How would you talk to your best friend if they said they were struggling with how they looked? Now talk to yourself in the same kind way.”

Some social media platforms, including Instagram, allow users to create multiple accounts. This can be helpful if a young person is seeing too much content that makes them unhappy. Research shows the positive value of having multiple, perhaps even pseudonymised, social media accounts. Young people can express different facets of their personality and interests through different accounts.

If you are looking for more information and tips for parents and young people, you can chat 24/7 with “KIT” the positive body image chatbot who lives on the Butterfly Foundation website and in Facebook Messenger.

If this article has raised issues for you, or if you’re concerned about someone
you know, visit the Butterfly Foundation, or call our national helpline on 1800 33 4673.