It all started with a tweet about African students fleeing the crisis in Ukraine, and everything took off swiftly from then on. That’s how Black Women For Black Lives was born: three Black women — Patricia Daley, Tokunbo Koiki and Korrine Sky — banded together to help Black individuals facing relentless discrimination in fleeing Ukraine.

“I had seen a couple of tweets from African-Caribbean students who were trying to flee from Ukraine, and they were documenting the racism and discrimination they were facing whilst trying to make their way to the borders,” said Koiki, one of the organisation’s founders, in an online press conference on Wednesday.

💡🗣 Spotlight In Activism! (Ep. 75) Korrine Sky, Patricia Daley and Tokunbo Koiki who came together to aid African students stuck in Ukraine dealing with racist mistreatment amid the Russian invasion.

Among them was Korrine Sky, a British medical student in Ukraine who was trying to leave Kyiv. It was Sky’s efforts coordinating and fundraising for African students on the ground that caught Koiki’s attention. She immediately offered her assistance to Sky through a private message on Twitter.

“I told Korrine I felt that I knew how to create a GoFundMe and I was able to allow her to focus on what she was trying to do whilst I pushed the campaign out,” said Koiki.

Around the same time, UK-based barrister Daley had reached out to Sky to offer help in fundraising. The three strangers connected on Twitter and decided to form an enterprise when they realised the demand to support Black people caught in the crisis in Ukraine was greater than they thought.

Telegram groups were then set up to help Africans in Ukraine connect with each other; they would be directed to the right channels to receive aid — including food and transportation — to safely leave Ukraine.

Koiki credits the crucial role that Black women volunteers play in contributing their time and labour to the organisation, which greatly streamlined the work of distributing funds quickly to those who need them in Ukraine. To date, the organisation has raised nearly 130,000 pounds, dispersed to over 12,000 Black students in Ukraine.

Thank YOU for your support!

Here are some transfers that went out yesterday! #BlackInUkraine pic.twitter.com/r1JwUSmk4h

International students have faced plenty of uncertainties and dangers amid the crisis in Ukraine, but Black students were particularly vulnerable due to racist and discriminatory treatment by Ukrainian authorities in escaping the country.

When Russian troops invaded Ukraine, Sky’s first thought went to her African colleagues, who might not have the right documentation and visa to cross to neighbouring countries.

“That day when Kyiv was bombed, I was collecting resources like embassy numbers and any up-to-date information that was happening at that point,” Sky said in the press conference.

When she found out that Poland didn’t require visas for those fleeing Ukraine, she relayed that information in a Telegram group. Her journey to Poland with other African students was delayed for a day due to long queues.

“We stopped in Lviv and we also saw some of the other students who were in the Telegram chat. They reported instances of racism at the Polish border,” she added. The students recounted similar incidents on the way to Lviv, and had waited for more than 70 hours in the queue to cross into Poland, which deterred Sky’s group from proceeding to the country.

Sky’s group rerouted to Romania instead. “Lots of things happened on our way. There were loads of armed forces; there were civilians with guns — loads of very horrific things happened. But then once we reach to the Ukrainian side of the Romanian border, that’s when we experienced the racism firsthand,” she said.

“The war is an awful thing, but to also deal with racism while fleeing war makes the African community, and Black women in particular, they’re put in a situation they shouldn’t be in. It makes them extra vulnerable.”

Together with Koiki, Daley and other volunteers, Sky helps as many Black people as she can who are still stuck in the crisis in Ukraine. “You’re always having to wait last in line until everybody else is served before anybody considers you. That’s why the work that we do as an organisation is particularly important.” 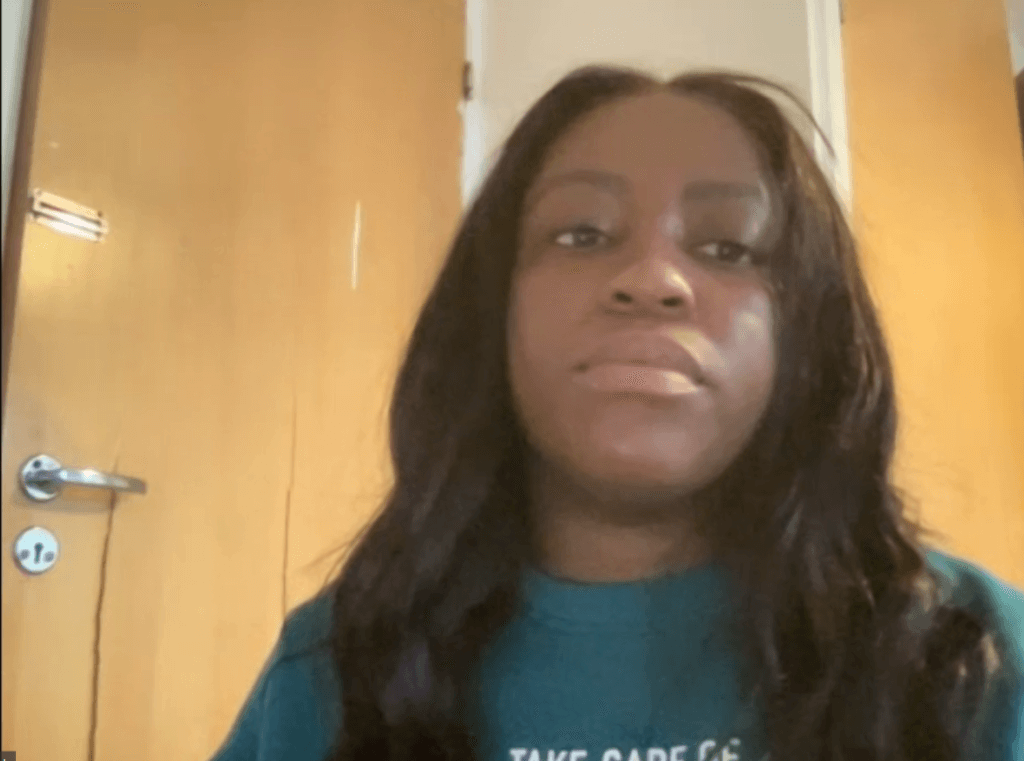 Korrine Sky, a British medical student in Ukraine, recounts the racism and discrimination that Black students faced in crossing the border to flee Ukraine. Source: Black Women for Black Lives

Crisis in Ukraine: Support needed for African students in Kherson

The trio are actively continuing their efforts to provide support on the ground, and are now drawing the public’s attention to Kherson, a city in south Ukraine. The situation is dire for an estimated 100 or more Africans who are trapped in the city, which includes 40 students. The city is currently occupied by Russian forces, and supplies have been cut off.

While the organisation has successfully delivered supplies to students in the city, it isn’t enough to guarantee their wellbeing in the long run. “They need some kind of humanitarian corridor and guaranteed safe exit out of Kherson because the whole city is occupied,” said Sky. “There’s literally no way out of Kherson for these people.”

Kherson has a different African demographic than other areas in Ukraine. The city hosts more postgraduate and mature students, some of whom have families and young children. According to Sky, the thought of not being able to bring their family along to safety has been a great cause of concern for the students.

1. Kherson is a city in South Ukraine. The whole city has been occupied by Russian troops. No one can leave, no one can enter. pic.twitter.com/wPNIG5QPRJ

Black Women For Black Lives is now petitioning for immediate rescue of Black people currently stuck in Kherson on Change.org, and has set up a GoFundMe campaign to gather funds. The campaign has raised more than £170,000 at the time of writing.

Aside from raising funds, the women also welcome pro bono counselling and mental health services to help Black students navigate the traumatic experiences of war and racism in Ukraine, especially for students who are still in Kherson. “These are students who woke up one morning and found themselves in their worst nightmare essentially,” said Koibi.

Resources for Black students in Ukraine

If you are a Black student in Ukraine, the quickest way to get in touch with Black Women for Black Lives is through their Telegram channel. You can also message them directly on Twitter and Instagram to ask for help, or email them at info@blackwomenforblacklives.org. 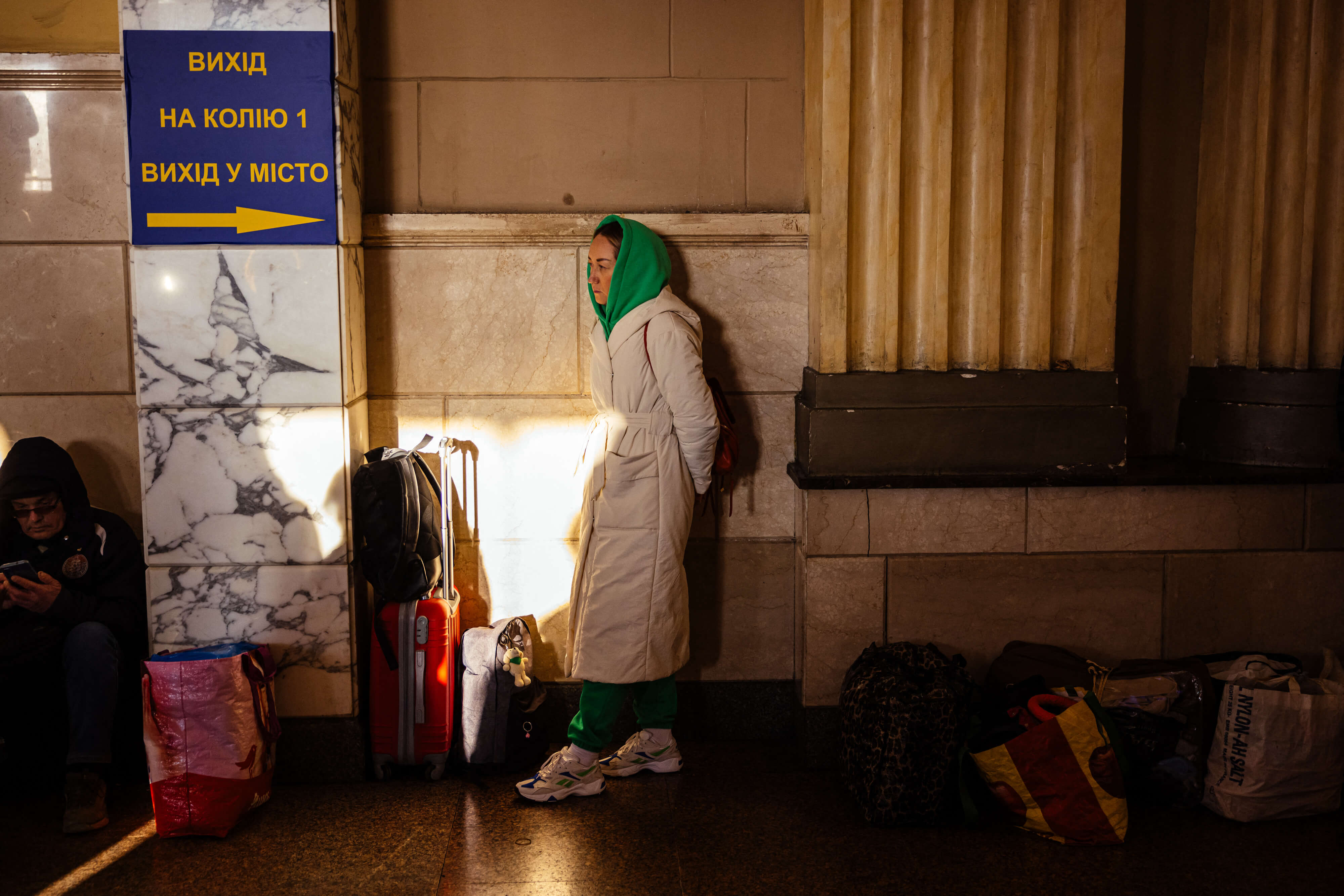 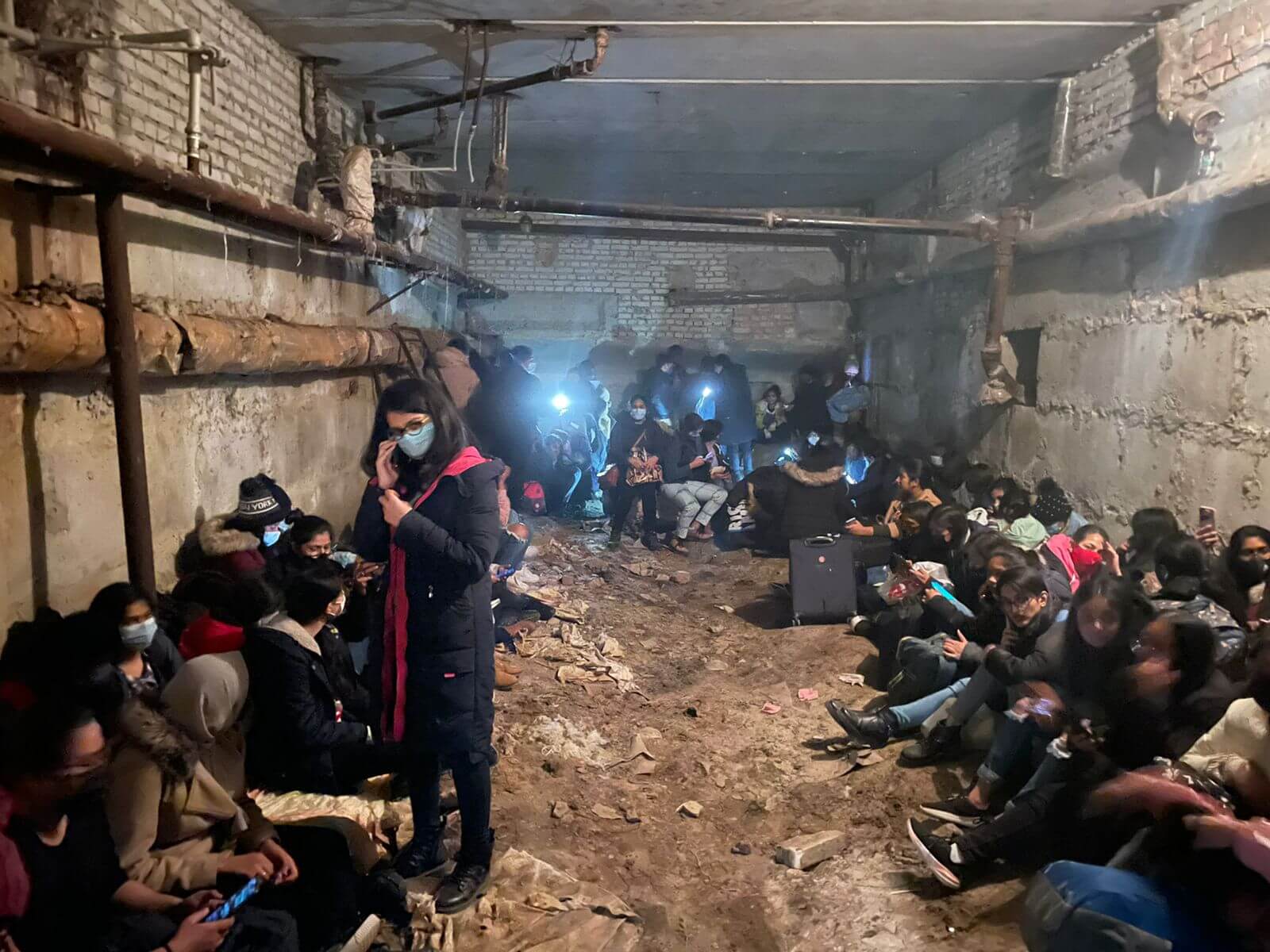 'I am so scared and time is running out': Students say they are trapped in Ukrainian city of Sumy 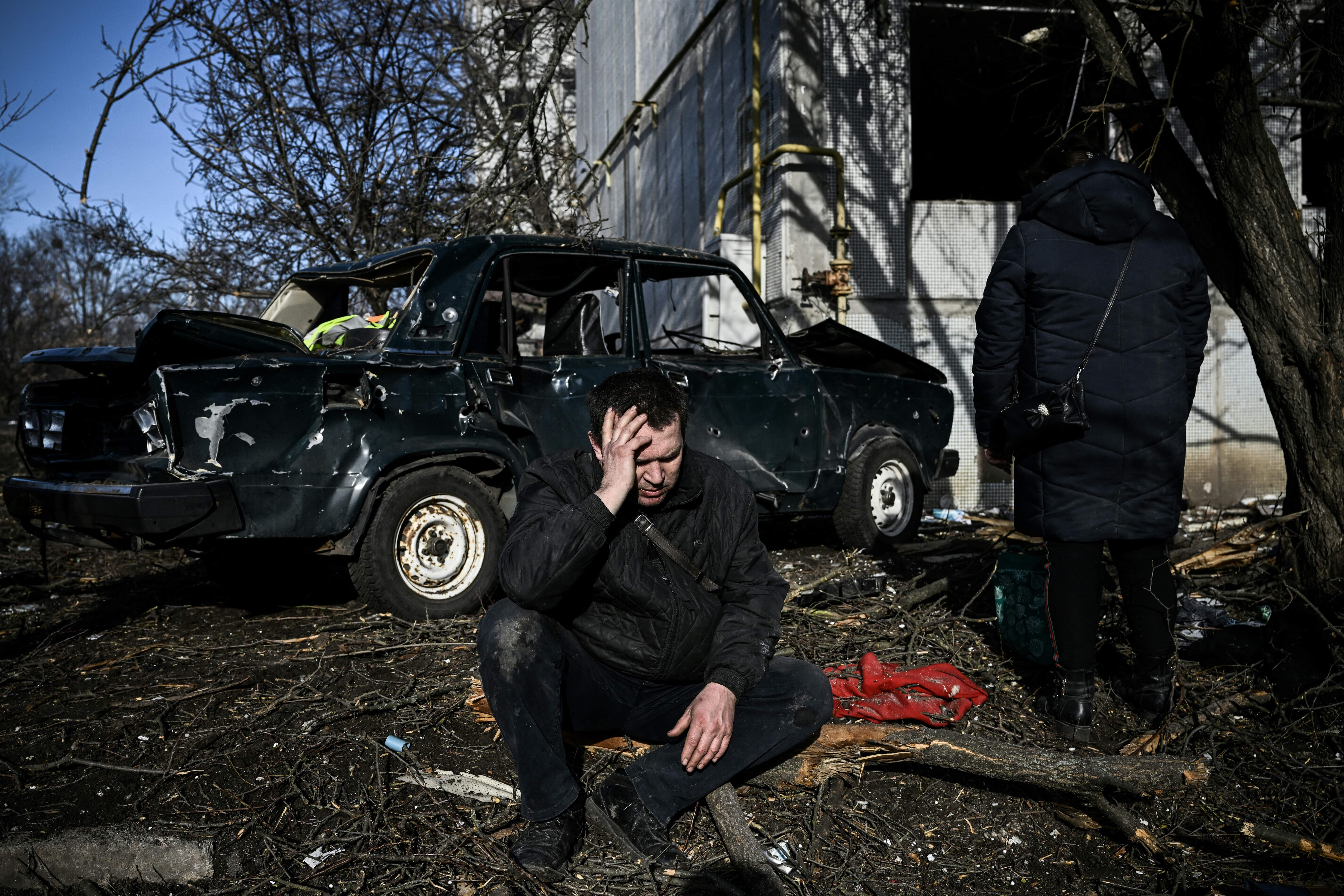