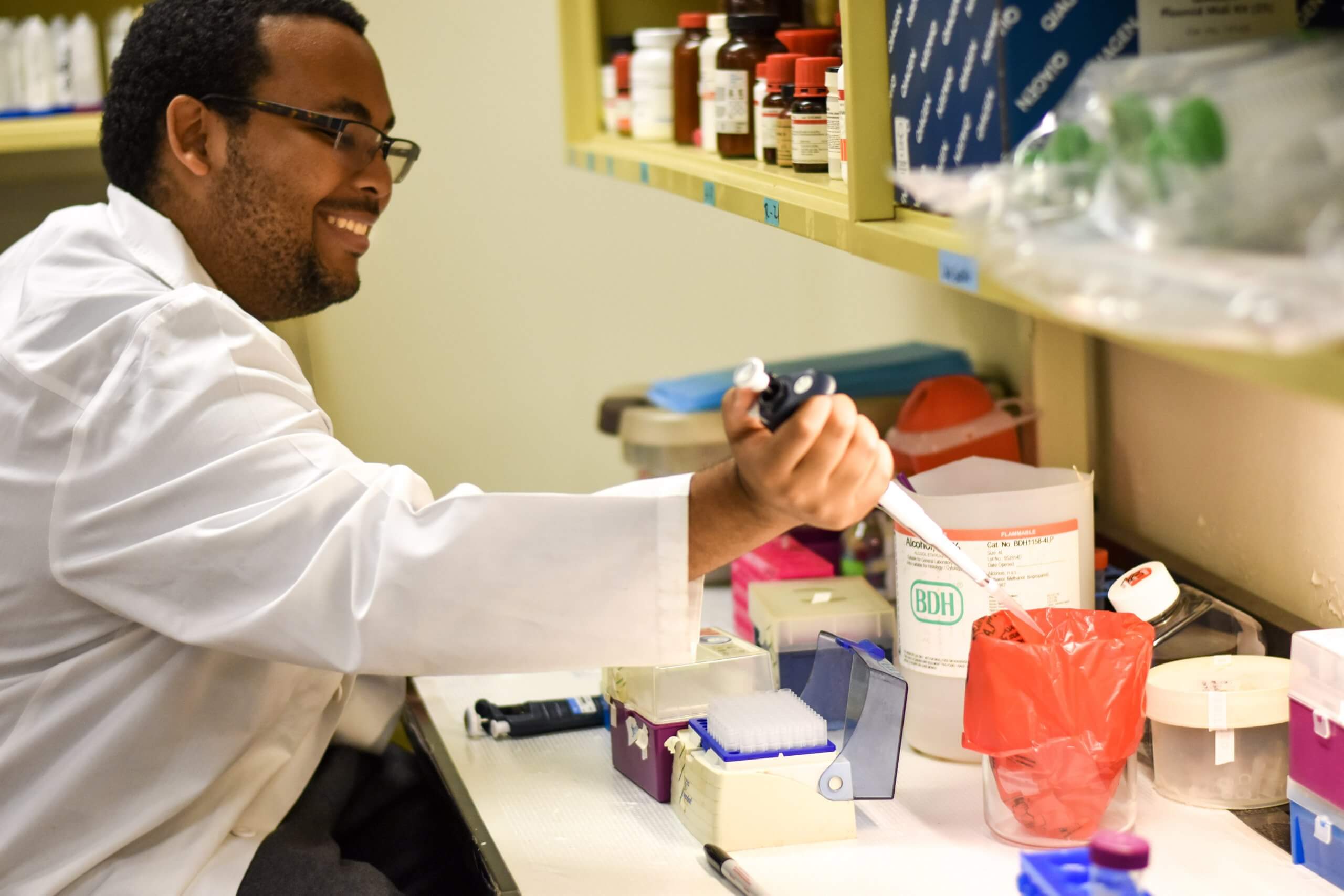 With a Fisk University degree, Myles Harris believes he’s on his way to join the selective ranks of African Americans who serve as CFOs of major corporations. Experiencing the resources and support on campus as well as getting access to corporate internships with the likes of Google and Apple, the business graduate is confident he made the right choice to attend Fisk.

Though Harris had exposure at multiple top-ranked predominantly white higher education institutions, it was at Fisk that he felt most appreciated and valued. This is where he feels he is set up for success.

“I have found opportunities for personal growth and development not only academically, but also to expand beyond the classroom knowledge,” he says. Before joining, he had read about Fisk’s academic reputation and knew people he respected from his high school who had joined the elite institution ahead of him. “Fisk has lived up to its academic reputation and more,” he says.

Harris is right — Fisk University holds many accolades. It is the oldest institution of higher learning in Nashville, Tennessee. Forbes ranks it the third best among historically black colleges and universities (HBCUs) in the country. In the US News and World Report’s rankings, it is ranked sixth among HBCUs. The third-best university in the state for job placement, ahead of Vanderbilt University, is also its most affordable.

Where technology and business icons get their start

Fisk University is making a big push to make sure its students are competitive in the digital era. Whether it’s machine learning or algorithmic processes, there are faculty members with expertise in these areas to teach and guide undergraduate research opportunities that prepare Fisk students for the next step in their graduate study or in their professional careers.

Recognising the surge in demand for mathematicians and computer scientists, it has launched new focus areas in Bio Mathematics and Informatics. In July, the university also announced it will join Apple’s Community Education Initiative to bring coding and creativity experiences to the broader city community. “We are thrilled to be partnering with Apple to provide our students with access to resources and technology to further their educational development and position them for successful careers in the future,” says Fisk University Interim President Vann Newkirk.

This partnership builds on the array of career-boosting initiatives already implemented at Fisk University. Corporate internships can catapult a graduate’s entry into today’s hyper competitive job market, hence why Fisk has plenty of them. On their LinkedIn profiles, Fiskites list work experience at some of the world’s biggest companies including Google, Microsoft, UBS, McDonald’s Corp, Apple, Deloitte, JP Morgan, McKinsey & Company, and Nissan.

Last summer, as many as 12 computer science majors interned at the Google headquarters in Silicon Valley. Data science and bioinformatics majors also receive internships and permanent placements with Asurion, Amazon and Alliance Bernstein to name a few.

Overall, as many as forty percent of the HBCU’s student body take part in these experiences that mould them into  more employable job applicants. Research show internships help students make better career choices and complement the type of learning that takes place in classrooms. They also teach students how to land interviews and secure higher salaries. Fisk graduates are proof of these benefits — many have since progressed into permanent positions thanks to their corporate internships.

From this year on, four to six Asurion Data Science Scholarship recipients can look forward not just to a US$10,000 grant each academic year, but also numerous career development opportunities. They will be able to interview for Asurion’s paid summer internship program; receive monthly mentorship by Asurion data science and computer science employees throughout the academic year; and attend ongoing learning and development sessions with Asurion teams.which will open doors to even more opportunities upon graduating.

Senior Vice President of Institutional Advancement and Enrollment Management at Fisk University Dr. Jens Frederiksen says, “More and more students are pursuing our unique data science programme which was launched last year. By partnering with Asurion we will be able to offer our students unparalleled experiences for internships and permanent hires.”

From the moment she set foot on campus, Fisk psychology major Bethany Dawkins felt this is the place where she can achieve anything. To Dawkins, Fisk is doing more than just preparing her professionally; it is setting her up for success socially too. “Once I stepped foot on this campus, there was something about it that drew you in and made you feel that you are destined for greatness,” she says.

Fisk students like Dawkins stand to gain admission into the prestigious School of Medicine or Dentistry at Meharry Medical College after three years at Fisk. The first-year medical or dental school courses serve as elective course requirements to complete the 120 hours needed to obtain a BA or BS at Fisk University. Another option is a parallel programme where students are accepted into the pre-medicine or pre-dental programme at Meharry Medical College but transition to Meharry after four years at Fisk, and having already attained their Fisk degree.

Other pathway programmes to prestigious PhDs in physics, chemistry, biology and engineering are available too. Find out more here.

5 icons who graduated from historically black colleges and universities

A Fisk University education and your drive: An unstoppable combination