How three business graduates are tackling the global tragedy of stillbirths

What do three women from three different regions of the world have in common? On the surface, very little.

This was certainly the case for Spanish-born Clara Maspons, Panama-born Natalia Villarreal and Tanzanian-raised Zainab Dakik.

And yet, circumstance brought them together to create a profound impact on the women’s healthcare industry.

The three first met at Vlerick Business School in Belgium and instantly hit it off. Each had decided to take up a master’s in Entrepreneurship and Innovation.

The paths that led them there, however, couldn’t be more different.

Maspons had already been working in Brussels and had a clear vision of what she wanted to pursue professionally.

Villarreal was keen on getting ahead in business — understanding the market, how to penetrate it, surviving financially and constantly striving for innovation.

Dakik had been working for her family’s business in Tanzania during the peak of the COVID-19 pandemic.

“This is where I started my search to pursue a master’s degree in business and more specifically business development for family businesses,” she shares.

“What attracted me to Vlerick Business School was the hands-on learning experience that it offered in such a short period of time compared to other programmes that I had found.” 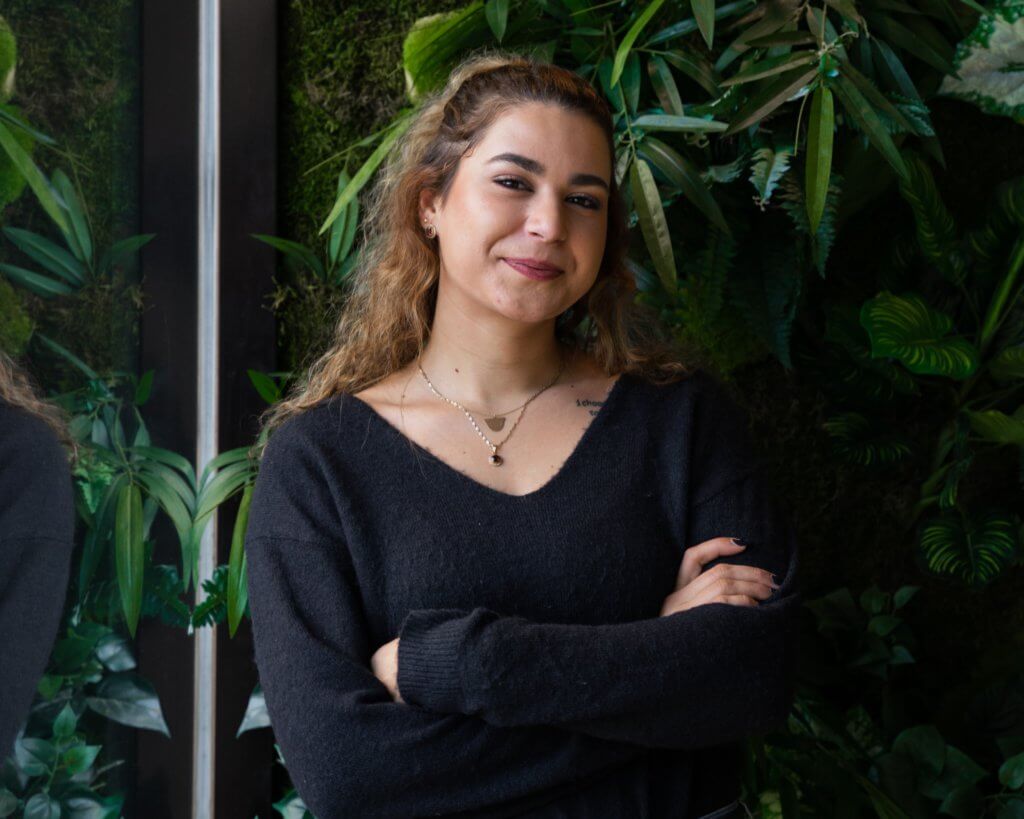 Zainab Dakik is originally Lebanese but was born and raised in Tanzania. Source: Alex Lopez

Being among the few international students on the programme, the three women were introduced to each other on the very first day of classes.

They felt connected to each other because of their shared values and curious mindsets.

“When embarking on a programme with such a particular topic, you expect to find people eager to explore less conventional career paths” explains Maspons.

“Having a similar mindset was already a solid foundation, which added a strong passion for pursuing a project with high social impact.”

Together, they used their Vlerick Business School education to create Maternia — an initiative to tackle the global tragedy of stillbirths and improve women’s health.

How Vlerick Business School united three women in a profound cause

Business school is often credited for being the birthplace of many of the world’s most successful companies. Vlerick Business School was no exception.

It was here that Maspons, Villarreal and Dakik thought up the idea for Maternia.

“The project was initiated within an academic context, specifically during the Start-up Accelerator, where students could present and develop ideas throughout the year,” says Maspons. 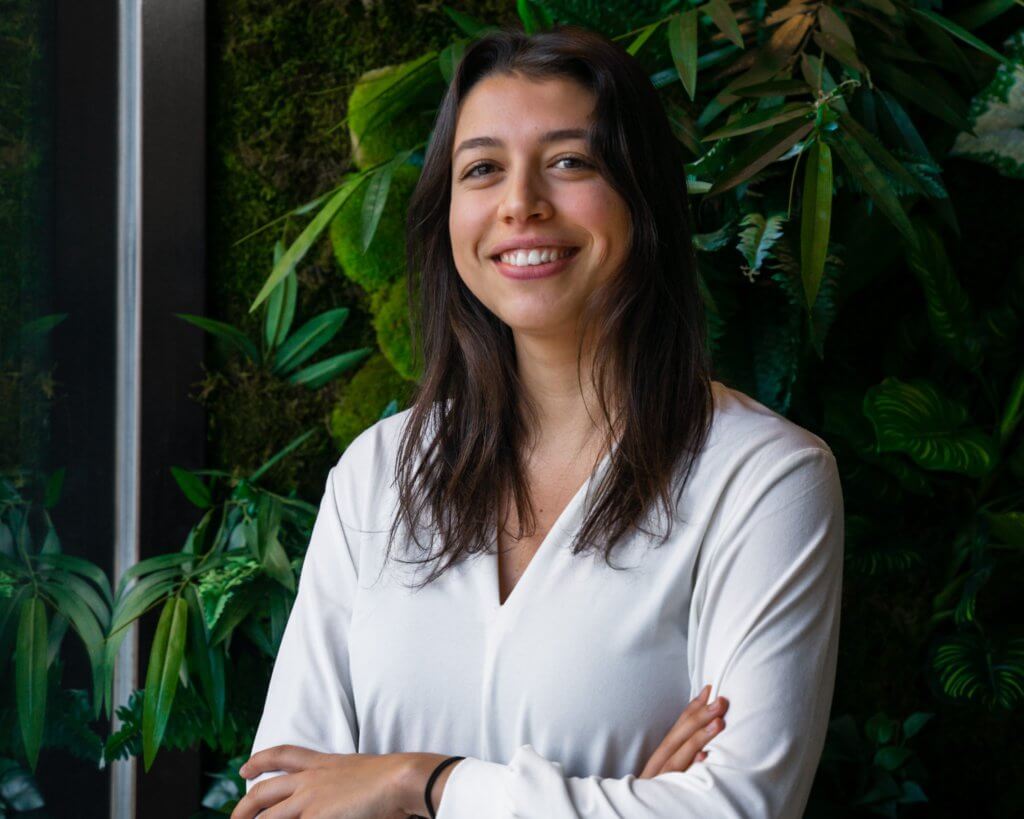 Clara Maspons, a co-founder of Maternia, got her start at Vlerick Business School. Source: Alex Lopez

It was a project close to the Spanish graduate’s heart. She had previously worked for two years with women political leaders in Brussels.

During this time, she was part of high-impact projects with the World Bank, UN Women and IMF — which opened her eyes to the pressing issues in women’s health.

“The scarce information that exists about women and their bodies has made us invisible to science for a long time. It’s not surprising to see women’s health industry progressing slower than others,” she says.

“Such lack of data has ultimately led to misguided policy interventions or ambitious programmes with unsustainable outcomes.”

One such area is the problem of stillbirths, which Maspons conveyed to Villarreal and Dakik during the Accelerator programme.

With time and research, they each saw how collaborative healthcare could have a real impact in areas with limited resources.

Together, they came up with an idea to develop a medical device for pregnant women from low socio-economic settings to monitor the heartbeat of their fetus from home. They called it “Maternia.”

As time went on, however, the three Vlerik Business School graduates found that the issue they’d seen as a mere class project could not be ignored.

“The more research we did, the more we got to know the reality of the problem of stillbirths, especially in developing countries,” says Dakik.

“We became attached to the cause and how Maternia’s device could potentially reduce the rate of stillbirths by providing more timely information to expecting mothers.”

They have an ambitious plan to support prenatal care in countries with alarming maternal and child mortality rates, according to Maspons. 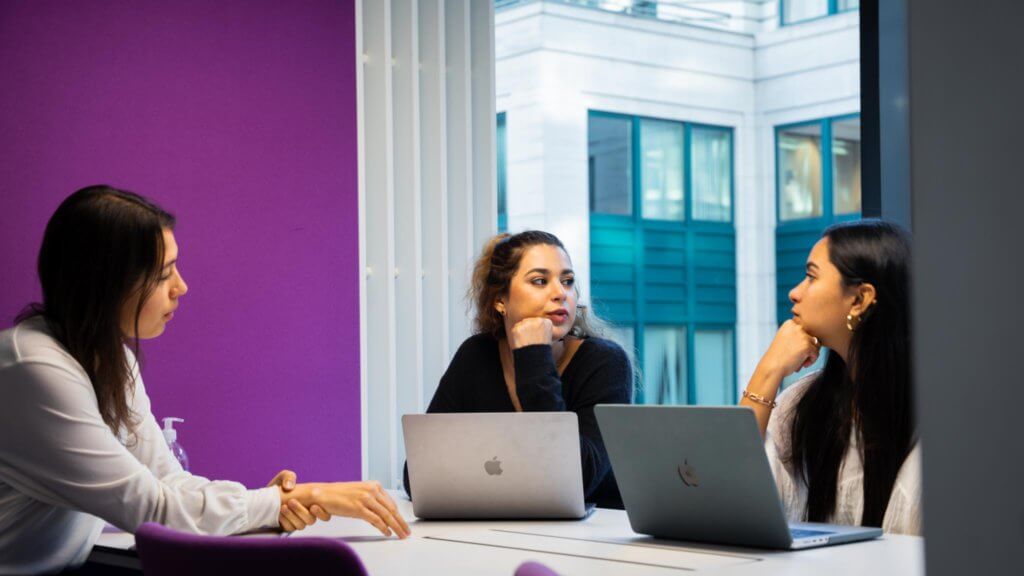 What began as a class project evolved into a full-fledged business idea. Source: Alex Lopez

A shared passion for improving the women’s healthcare industry was what prompted the three to work together.

Ultimately, however, it was their differences that became the winning asset they needed to set Maternia apart.

“Not only are we from different places but we are also aware of the world we live in and our surroundings,” says Dakik.

She is originally Lebanese but grew up in Tanzania, witnessing inequalities in women’s healthcare.

“In rural areas, many women still depend on natural remedies and community midwives. Western medicine is hardly accepted except in more urban areas,” Dakik says.

“This often results in limited safe spaces for women to share their trauma around pregnancy complications and stillbirths.”

Studying politics in Lebanon further exposed her to the systems and structures that lead to these inequalities. 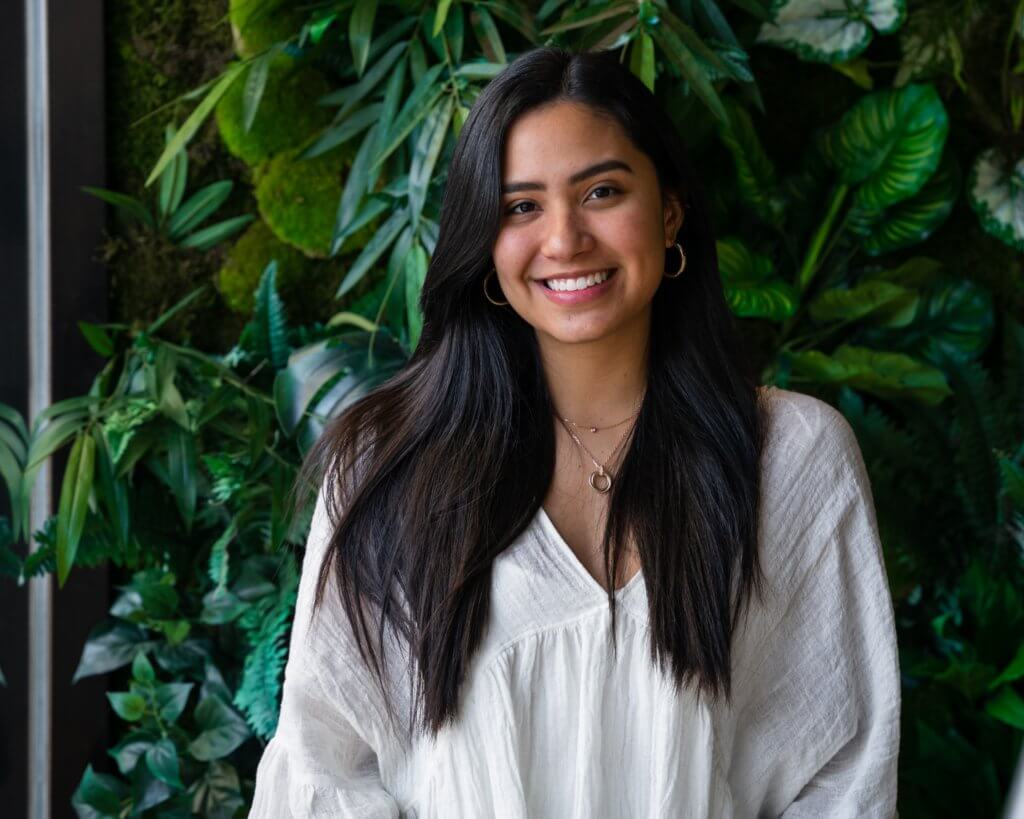 Villarreal’s experience, on the other hand, stems largely from her sister, who works as a doctor, and after witnessing close friends struggle with the tragedy of stillbirth.

Her educational background in international business in Taiwan and Germany further showed her how medical services differ across continents.

“Having a multicultural team can only bring added value if you intend to innovate in a disruptive way,” says Maspons.

Aware of this, they leveraged their cultural differences to the fullest to bring about a robust and more inclusive project.

“We have always surrounded ourselves with different ethnicities and backgrounds to ensure more voices and perspectives are included in crafting a tailored solution,” says Maspons. 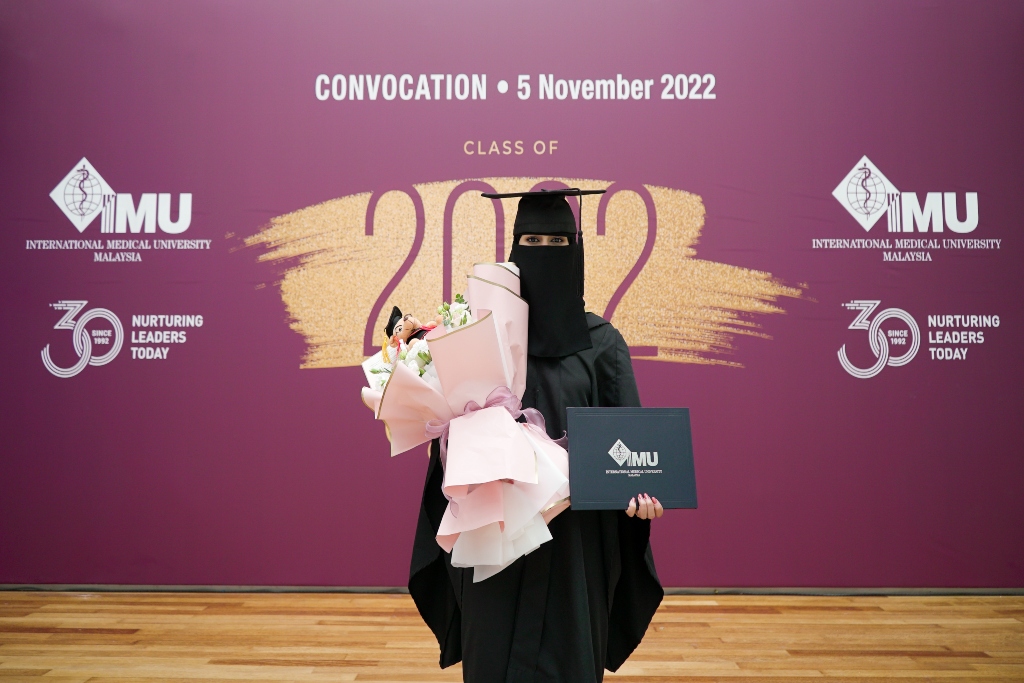 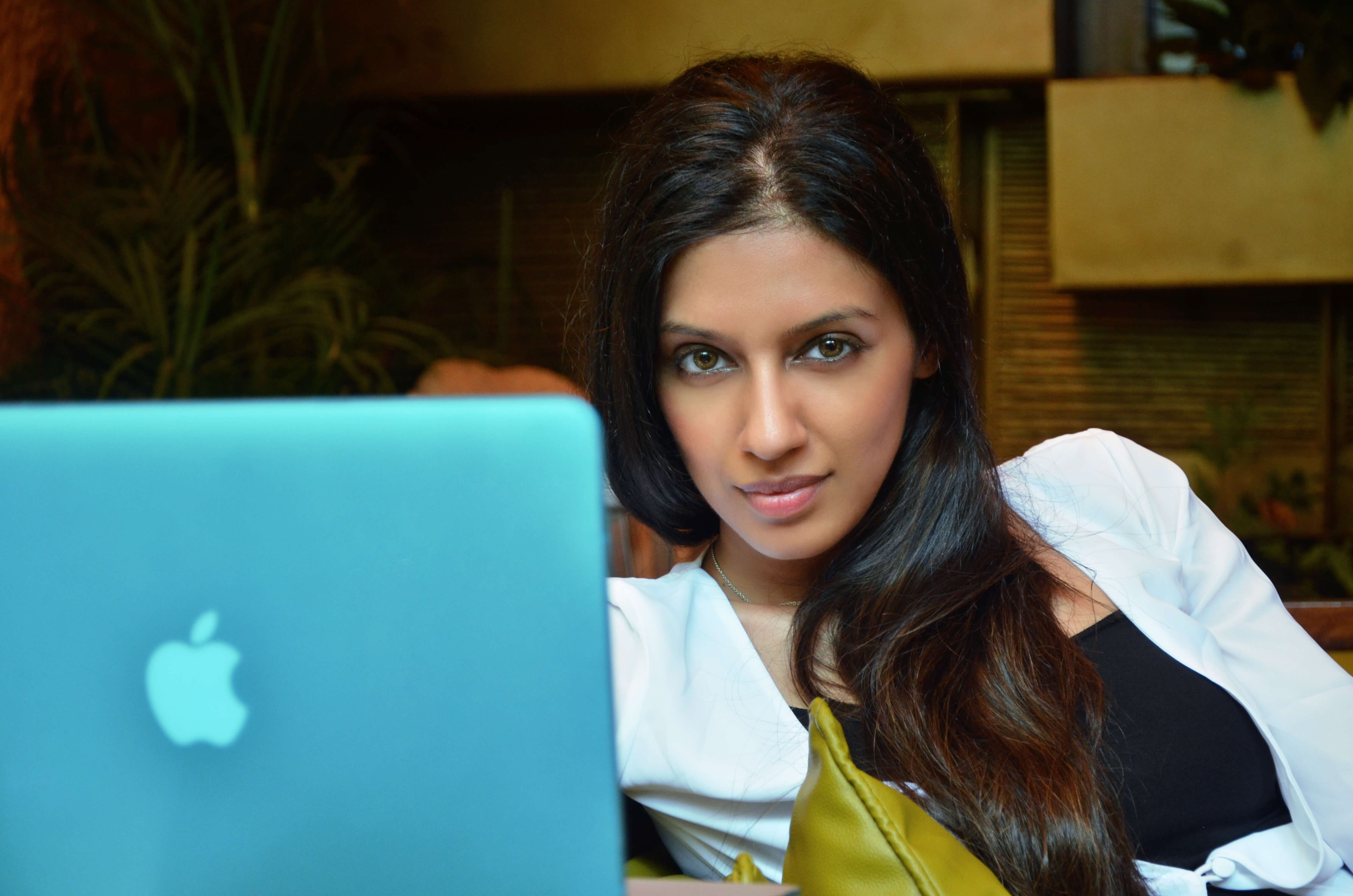