A quality academic experience is never complete without an inspiring mentor. After all, professors are paramount to the wisdom students possess apart from the content of their chosen course. At the University of Hull, educators impart far more. Most hold prestige and insight that inspire generations after generations. Professor George Gray is a prime example.

In 1946, the Scotland-born chemistry graduate began his journey at the University of Hull, as a laboratory demonstrator. Just a year later, he was promoted to assistant lecturer — a jump that made him immediately eligible for doctoral studies. Whilst upholding his responsibilities as an educator, he undertook research alongside chemistry department lead Professor (later Sir) Brynmor Jones.

Together, they explored the new topic of liquid crystals. After graduating, he spent the next decade developing the molecules that made liquid crystal displays (LCDs) viable. Indeed, the very screen you are reading this article from exists because of him.

The discoveries he made along the way were shared when Gray published “Molecular Structure and the Properties of Liquid Crystals,” the first English textbook on the subject. However, breaking records was not enough. He encountered many hurdles to source support for his work. Thankfully, the Medical Research Council as well as leading British manufacturer, the Hull-based Reckitt and Sons, saw his passion for what it was — the driver of an impressive feat that would undoubtedly impact modern lifestyles. With their support, Gray moved his research into studying the chemistry of cell walls in bacteria. 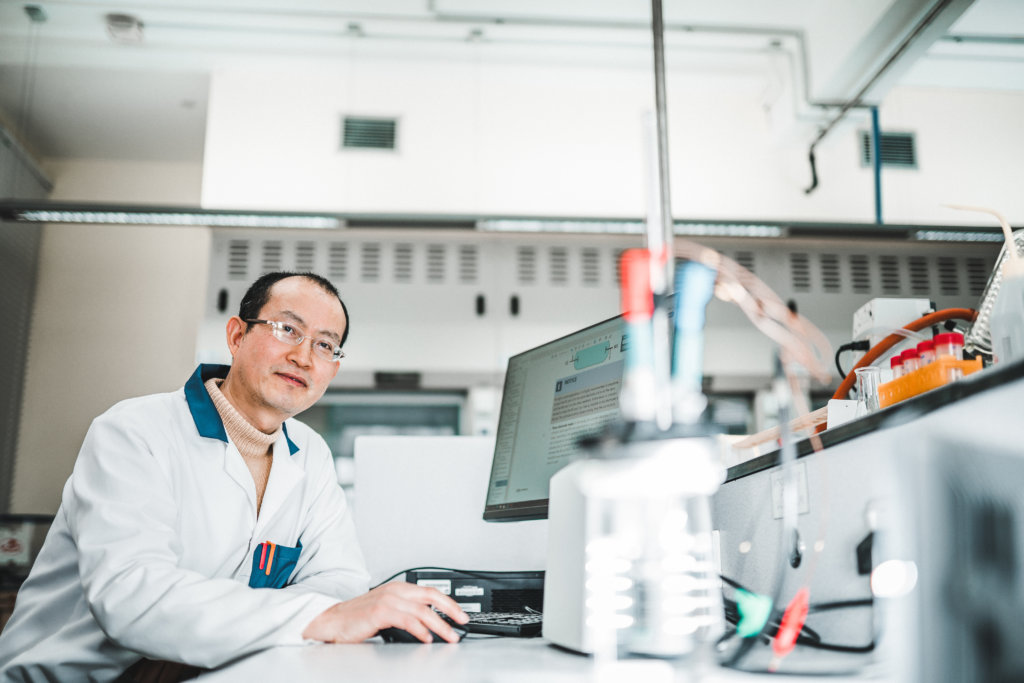 By 1973, he published yet another paper, proving a new class of liquid crystals synthesised by his team could be stored at room temperature. Thus, the universal use of LCD in flat-screen televisions, watches, calculators, smartphones and many other appliances. Without Gray’s innovation, the multibillion-dollar industry of flatscreen devices would have never come to be. While he never got around to patenting the technology, he’d racked up enough accolades and recognition to make his pioneering legacy immortal.

The University of Hull never went unnoticed either. Thanks to Gray, its former Head of Chemistry, the dynamic institution received the Queen’s Award for technological achievement (the first time this type of award was bestowed on a university) in 1979. In 2005, the Royal Society of Chemistry celebrated over 50 years of liquid crystal research by awarding the University of Hull a “Historical Chemical Landmark.”

Hence, University of Hull’s soaring reputation as a chemistry powerhouse in 2022. It is one of the top Chemistry departments for student satisfaction, with a 100% student satisfaction rating among first degree Chemistry students. This puts it at the joint top in the UK. The department is ranked top 10 for assessment and feedback, learning resources and student voice, as well (National Student Survey, 2021, HEIs only)

Still, after over a century of making the world a better place, it remains determined to build on an already illustrious history. The aim is to produce more George Grays with the mind and grit needed to spearhead the development of an already advanced world.

Maybe not the right place to put it but it would be great to mention one of the stats that show this.

For example, one of the top Chemistry departments for student satisfaction. We received 100% student satisfaction for first degree Chemistry students, putting us joint top in the UK. Top 10 for assessment and feedback, learning resources and student voice (National Student Survey (NSS), 2021, HEIs only) 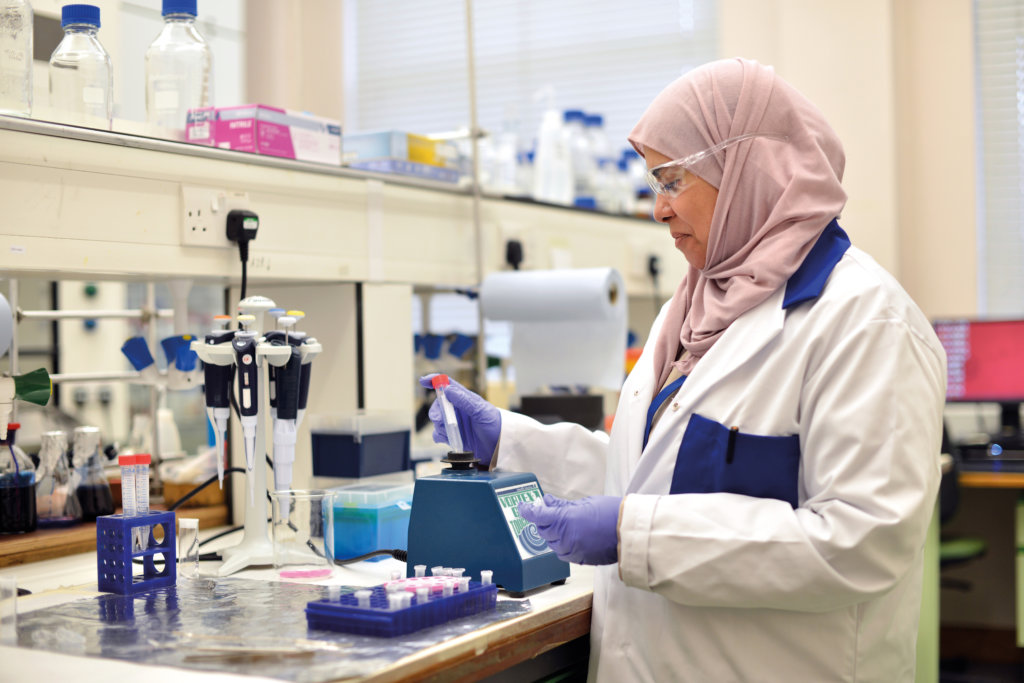 Several graduates have already done so and numerous students are well on their way. International graduates have been reported to undertake roles such as Laboratory Specialist with the Ministry of Health in Malaysia, Chief Inspector of Police for the Government of the Maldives, and Materials Scientist for pharmaceuticals company GSK.

The LCD screen revolution aside, the University of Hull was even responsible for developing the first biodegradable plastics. Today, it is working tirelessly to create new medical imaging technologies, smart inks and a brand new generation of environmentally-friendly plastics, amongst many other society-improving innovations. To achieve such upswings, the focus areas span sustainability, smart materials and health.

Encyclopaedic, industry-focused degree programmes are entry tickets to witness and assist chemistry experts in state-of-the-art labs and facilities — all while gaining a solid foundation in all things chemistry. Every learner studies physical, analytical, organic and inorganic chemistry.

The takes advantage of the industry found at Hull’s doorstep. In the fourth year lets students can also take part in a major research project and become a full-time member of the research group for several days a week. MChem graduates fully satisfy the academic requirements for Chartered Chemist (CChem status).

There’s never been a better place for the purposeful rigour these options come with. The University of Hull is located in Hull, England — a region in the UK with one of the highest concentrations of chemical organisations, including BP, Total, Reckitt, Phillips 66, Croda, as well as Smith & Nephew, to name a few. Many in the lineup are ever-willing to join the fight for scientific betterment by collaborating with the university on its research projects.

Stepping out of modern laboratories to visit and add value to some of these world-leading businesses is often part of the Department of Chemistry and Biochemistry’s signature academic package as well. Little wonder why its alumni can now be found thriving in some of these companies today or why 93.2% of students are in work or further study 15 months after graduating (full-time Chemistry first degree leavers, Graduate Outcomes survey for the academic year 2018/19, published by HESA July 2021).

Becoming one of them has never been easier thanks to the George W Gray International Scholarship 2022 — a commemorative initiative to not only celebrate the 50th anniversary of Gray’s liquid crystal molecule, but also encourage international students to follow in his footsteps by studying chemistry. Each award is worth 9,000 pounds for every year of study.

So what are you waiting for? To study Chemistry at the University of Hull that made our beloved LCDs possible, apply here. Eligible international students applying for the BSc Chemistry and MChem Chemistry programmes will automatically be put forward for this scholarship.

University of Hull: Nurturing a new generation of game designers

University of Hull: Nurturing a new generation of game designers