Ranked a world top 100 university by the prestigious Times Higher Education World University Rankings, as well as remaining the best multidisciplinary university in all Nordic countries, the University of Helsinki is undoubtedly a powerful force on the global education stage. With 11 faculties across four distinct, state-of-the-art campuses, the university delivers globally-recognised academic programmes of the highest calibre.

Delivering first-rate academics to 35,000 ambitious students, six percent of whom derive from diverse international roots, Helsinki has produced a talented network of alumni who stand 180,000 strong. These graduates are the global think tanks and change makers who bring knowledge, expertise, and understanding to virtually every working sector, inspiring future generations with their innovative flair and powerful research output.

“The Foundation of Science and Applied Research is high-quality basic research,” the institution notes. “It is also the key to sustainable well-being of mankind. Many of our Master’s programmes are linked with research efforts that are crucial for the future of mankind. Climate research, medical advances in the treatment of epilepsy and cancer, and social and moral philosophy are just a few examples of this.

“By studying at the University of Helsinki you will learn how to make the world a better place, become a true world-changer and ensure a bright future also for the next generation.”

As one of the most respected, research-led institutions in the higher education sphere, Helsinki is set to propel anyone with a passion for learning and a zeal for scientific exploration to the very top of the global research game. As a founding member of the League of European Research Universities (LERU), Helsinki consistently collaborates with the recognised titans of academia, like Cambridge and Oxford university, for example, to seek answers to contemporary issues in a number of key, cross-disciplinary research themes.

Serving as the university’s Vice-Rector, Anna Mauranen oversees community relations, human resources policy, and quality assurance – but as a revered Professor of English, she also stands as one of the institution’s most internationally-cited researchers. Alongside her position as Vice-Rector, Anna currently leads a research group and studies English as a lingua franca.

“The language of science makes a good research topic, as it requires academic rigor, an understanding of different registers and creativity,” she says, describing ‘soft-skills’ that are increasingly sought-after by leading, global employers. Mauranen and her team of dedicated faculty are aware that the university’s spotless reputation is universally accepted and respected, a profile that benefits all Helsinki graduates by presenting unique opportunities in their personal and professional lives. It is common knowledge that gaining admittance to top-ranking, global universities greatly enhances graduate job prospects, which is why Mauranen, along with every member of staff and academic at the University of Helsinki, does everything she can to preserve the prestige of the university’s research portfolio.

“The university’s challenge is to bring internationalisation into the core of its strategy so that it can better serve research and teaching,” she says. “I want part of the university’s effort to become an even more prominent international player, and an attractive destination for strong researchers and students from other countries.”

But with 13 percent of Helsinki’s research and teaching staff hailing from overseas, it’s fair to say the university is already a significant global player and a beacon of multicultural influence. On top of this, nearly one third of the institution’s doctoral trainees and postdoctoral researchers originate outside of Finnish borders. So, non-native students not only reap the benefits of the university’s renowned teaching and research excellence; they also become an integral part of Helsinki’s diverse, international knowledge economy.

Via four Doctoral Schools in Environmental, Food and Biological Sciences; Health Sciences; Humanities and Social Sciences; and Natural Sciences, Helsinki provides 32 Doctoral programmes that cover a range of pressing themes, including Health & Wellbeing, Language & Culture, Learning & Mind, Environment & Science, and Society & Economy. Whole-heartedly believing that research is its most competitive strength, Helsinki’s courses are modelled on its research processes and conclusions, and reflecting the idea that teaching and research are intrinsically linked.

When you consider that a Google search of the word ‘university’ pulls up no less than 2,930,000,000 results (at the time of writing), you can’t help but feel impressed by the fact that Helsinki is firmly among the world’s elite in the midst of the top 100, making it 99.9 percent better than the majority of universities, while its students are given the tools to ensure when they leave, they are also among the best. Becoming an international student at the University of Helsinki means you could become part of the projects set to tackle some of the greatest challenges facing our economy and society, bringing knowledge, purpose, and positive change in an increasingly globalised world.

All images courtesy of the University of Helsinki

7 reasons to choose the University of Helsinki 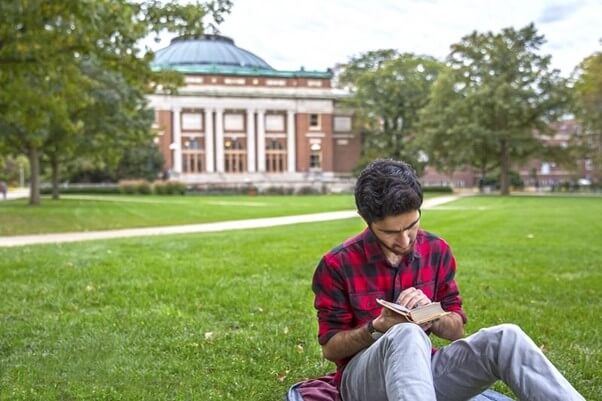