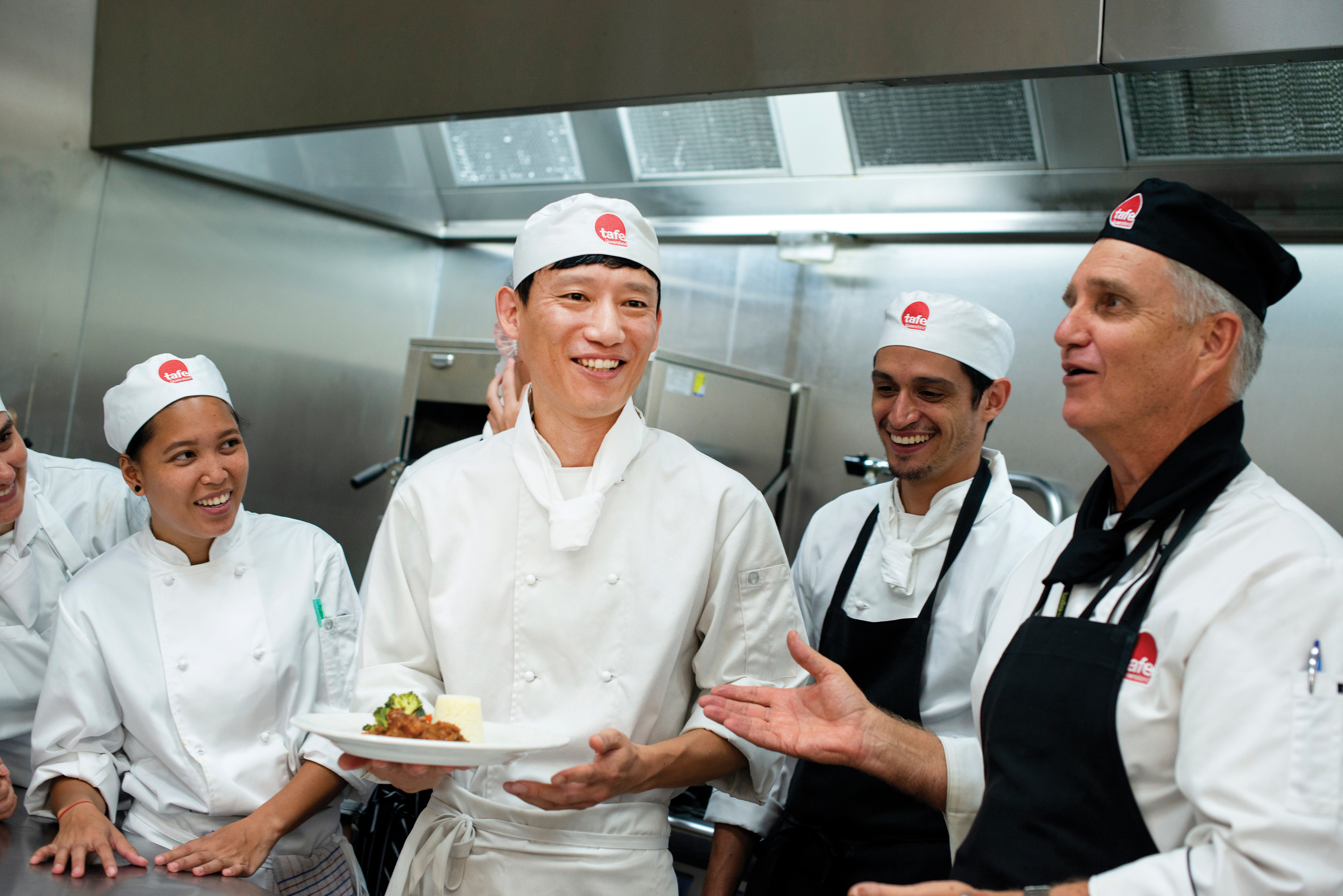 When Nut Siri graduated with a bachelor’s degree in agricultural engineering, just one thing was missing. Having opted to study locally in his home country of Thailand, the graduate craved international exposure and the opportunity to find new perspectives. Upon researching the world’s most popular study abroad destinations, he discovered Australia’s reputation for warmly welcoming international students with unique aspirations.

In Australia’s Gold Coast, he studied English language before pursuing a business administration certificate to better comprehend the country’s policies, procedures and legislation, marketing, customer service, and accounting. At the same time, he worked at a local restaurant. It wasn’t long until what began as a part-time hustle turned into something much more. 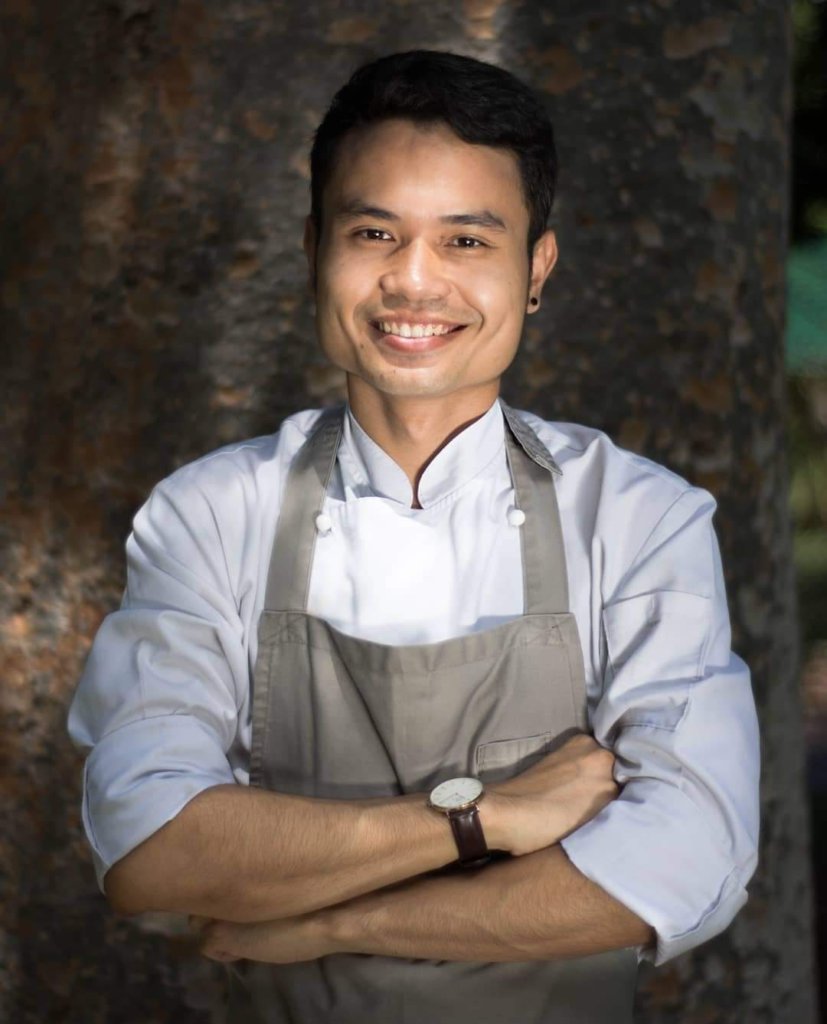 “I began developing a passion for seeing people enjoy well-cooked food,” he explains. “While serving food, I found myself thoroughly enjoying explaining dishes and feeding off a customer’s excitement.”

The experience was nostalgic. Growing up, Siri spent plenty of time in his mother’s restaurant. Occasionally, he would help out; however, he didn’t understand the joy that could come from such simple tasks just yet. Intrigue lingered as Siri returned to Thailand to begin the lucrative engineering job his parents convinced him to pursue. Throughout his two years with the Charoen Pokphand Group, the urge to return to Australia never subsided.

“I knew running a restaurant would be more rewarding,” he says. “But first, I needed to learn how to cook. This is how I learned about TAFE Queensland.”

His background in hospitality qualified him to begin the Certificate IV in Commercial Cookery in Greater Brisbane. The qualification provides the technical skills and advanced knowledge required to join a kitchen brigade or continue with further specialised study.

Right off the bat, Siri dove into the fundamentals — like knife skills. These first-semester lessons helped him realise there was a purpose behind ingredients being prepared in certain ways. “Each shape, angle and size has a reason,” he says. “And there’s a name for every style! These sessions definitely helped us understand ‘kitchen vocabulary’ and the conversations had about the food we’ve eaten our whole lives as restaurant customers.”

As Siri progressed, he began learning other aspects of how intricate, delectable dishes are made — think glossy gels, modernist foam and everything in between. During his second semester, he experienced the TAFE Queensland advantage. As a student at Queensland’s largest, most experienced training provider, Siri gained industry-level knowledge by cooking enough food to feed a village. While most culinary institutions offer practical lessons only once a week, students here spend around four days a week in the kitchen. 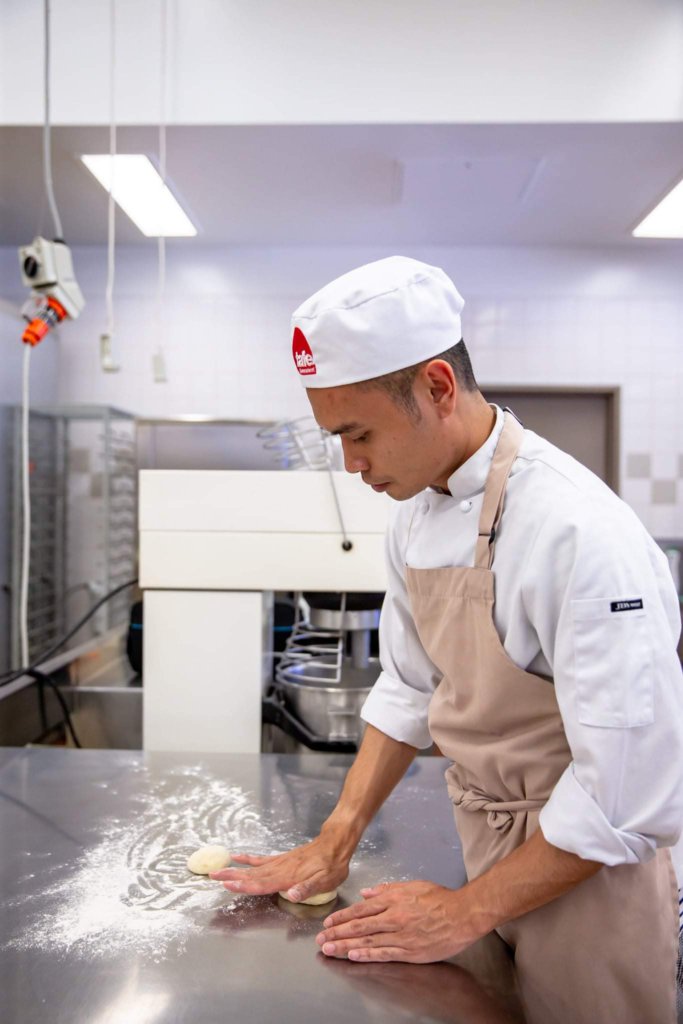 Siri was in no way overwhelmed. The time management, decision making and critical thinking skills he gained as an undergraduate certainly came in handy. Of course, TAFE Queensland ensures those who have yet to hone these competencies are guided to do so as well. After all, if Kitchen Nightmares taught us anything — it’s that maintaining a restaurant is no easy feat. Siri realised the challenge to be true during his third semester, when he worked at the on-campus, student-led restaurant in Brisbane.

There, Chef Andrew McKenzie answered each of his business-related queries while teaching him how to survive in a busy kitchen. Thanks to his guidance, not only did Siri gain a better understanding of what really goes into pricing dishes, but he was able to develop the confidence needed to do well during his placement as well.

Upon exploring TAFE’s expansive lineup of options, Siri applied to work at Gauge, a casual fine dining restaurant in Brisbane. “I learned a lot from them,” he says. “We made everything from scratch every day — even the butter.”

He did well enough for the notably modern restaurant to ask him to stay once his three-month placement had come to a close. Siri continued working for them for an additional four months before deciding it was time for a change. He spent the next few years exploring Australia’s finest restaurants and cafes — every excursion was documented on his personal blog.

Today, Siri is based in the Sunshine Coast with no plans of leaving. There, he is proud to serve as Ramada’s head chef. On the side, he conducts Thai cooking classes that always sell out. He has also delved into professional food photography — a knack he first discovered while building a portfolio as a TAFE Queensland student.

“At TAFE Queensland, one course and several experienced educators taught me to do so much,” Siri enthuses. “Now, I can proudly say that I can cook, teach and run a business well.” 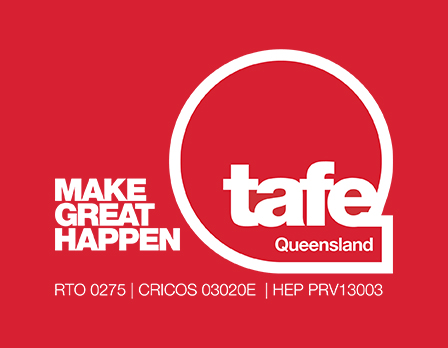 TAFE Queensland: Where all aspirations come to life 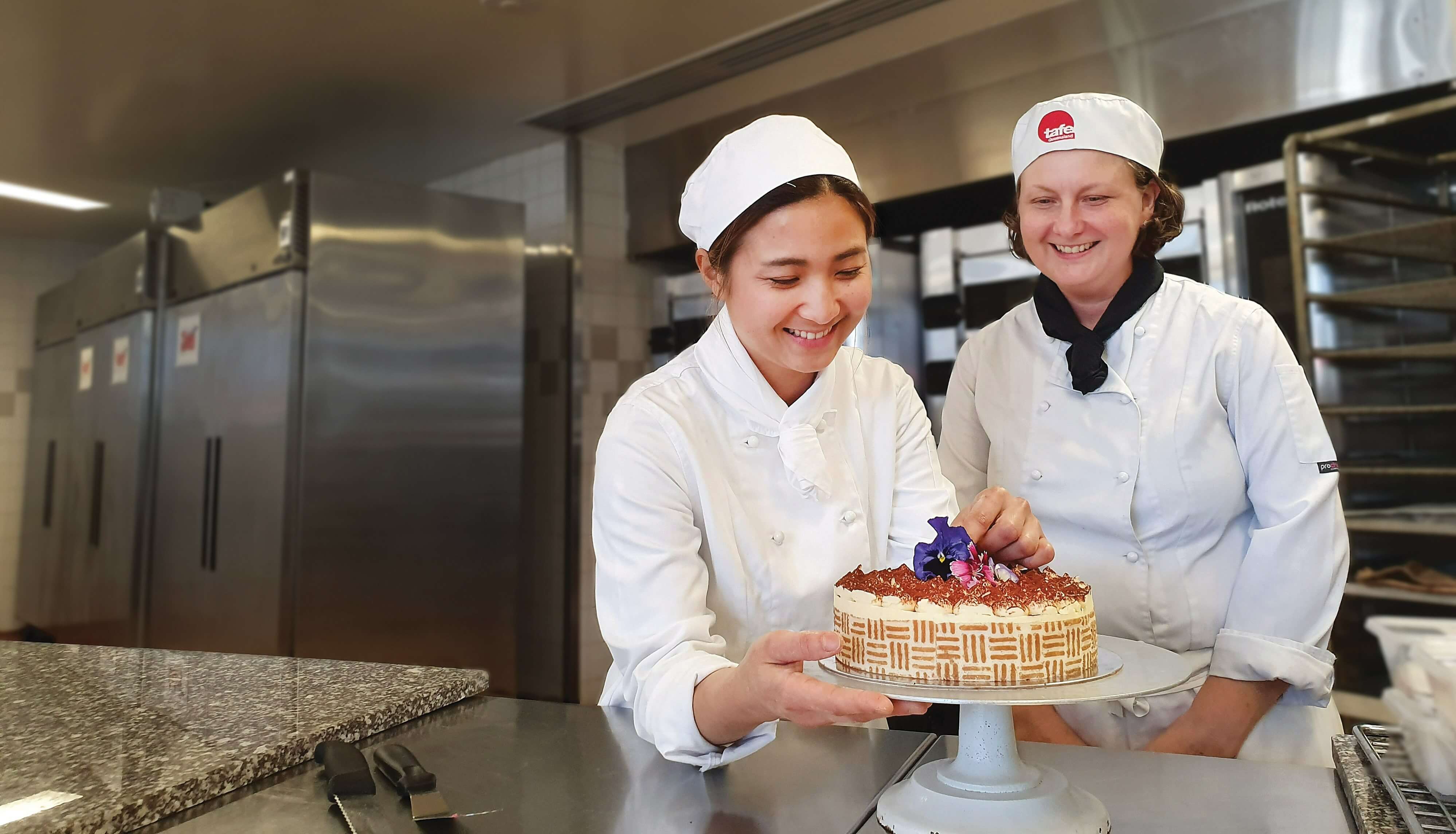 INTERACTIVE CONTENT: A day in the life of a TAFE Queensland student 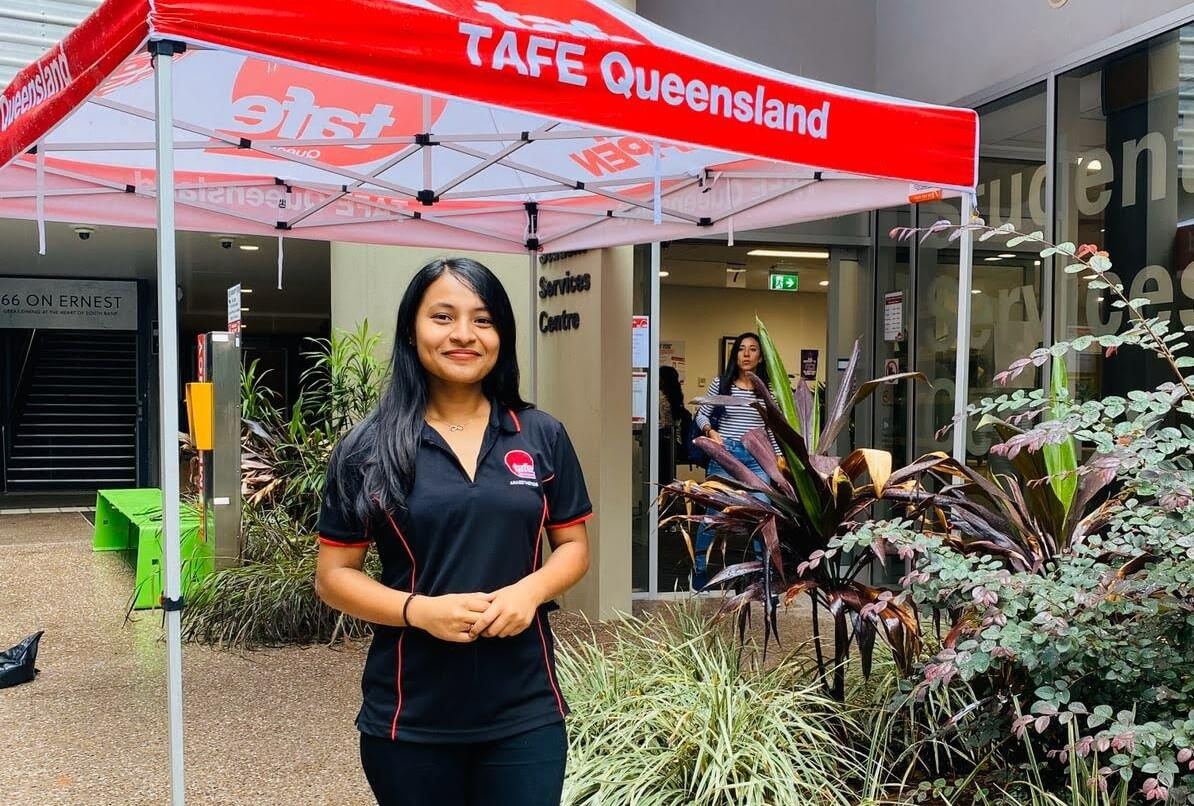 TAFE Queensland: Where all aspirations come to life

INTERACTIVE CONTENT: A day in the life of a TAFE Queensland student