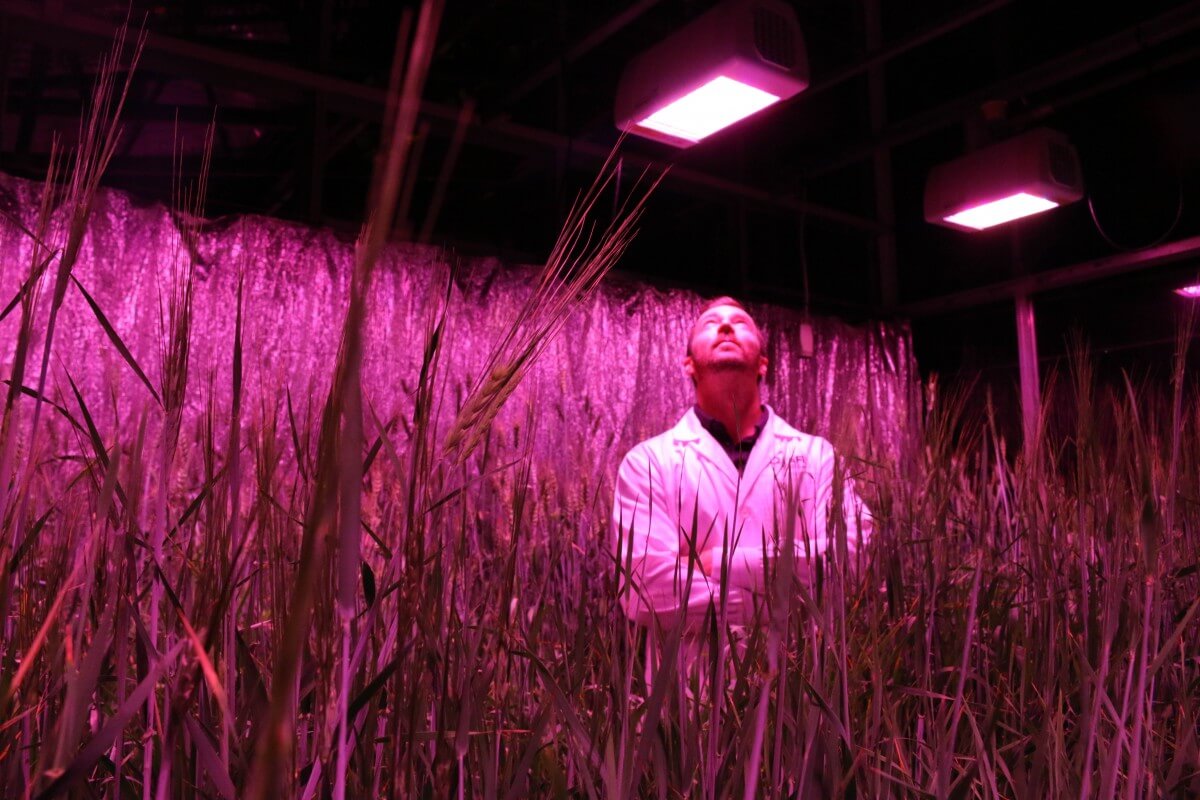 Promoted by University of Queensland

Space-age crop breeding innovation at The University of Queensland

Queensland Alliance for Agriculture and Food Innovation (QAAFI) Senior Research Fellow, Dr Lee Hickey, said the NASA experiments involved the use of continuous light on wheat which triggered early reproduction in the plants.

“We thought we could use the NASA idea to grow plants quickly back on Earth, and in turn, accelerate the genetic gain in our plant breeding programs,” Dr Hickey said.

“By using speed breeding techniques in specially modified glasshouses we can grow six generations of wheat, chickpea and barley plants, and four generations of canola plants in a single year – as opposed to two or three generations in a regular glasshouse, or a single generation in the field,” Dr Hickey said.

Space age plant breeding lights the way for future crops from The University of Queensland on Vimeo.

Dr Hickey started his journey into cutting-edge speed breeding with a Bachelor of Agricultural Science (Honours) at The University of Queensland’s School of Agriculture and Food Sciences. The school is ranked #1 in Australia, and represents a top-performing global leader in several of the world’s most prestigious league tables and assessments, including being placed in the top 20 in the QS World University Rankings by Subject 2017.

“The Bachelor of Agricultural Science, and other agriculture-based programs at UQ, are ideal for learning how to apply scientific techniques to find innovative and sustainable solutions that improve crop and animal production,” Dr Hickey said.

“One of the best things about UQ is just how connected the university is with industry. Strong links with the agricultural sector lets students do so much more and creates immediate pathways to help build their future.”

Dr Hickey said that, since his time developing the technology at UQ, information on how to use speed breeding was increasingly in demand from other researchers and industry.

“There has been a lot of interest globally in this technique due to the fact that the world has to produce 60-80 percent more food by 2050 to feed its nine billion people.”

UQ scientists have now, in partnership with Dow AgroSciences, used the technique to develop the new ‘DS Faraday’ wheat variety due for release to industry in 2018.

“We introduced genes for grain dormancy so it can better handle wet weather at harvest time – which has been a problem wheat scientists in Australia have been trying to solve for 40 years.”

This innovation has since been published in the Nature Plants paper, outlining the protocols involved in establishing speed breeding systems and adaptation of regular glasshouse facilities.

Dr Hickey believes the sky is the limit for this new technology, moving on to investigate the integration of speed breeding with other modern crop breeding technologies. Lee also thinks that the University of Queensland has been an integral part of changing his life and potentially many others around the planet.

“I can’t imagine a better place for that to happen. The University of Queensland is championing innovation in world agriculture and I’m so excited to be a part of it.”

For more information about University of Queensland programs and courses, visit the UQ Future Students page.

If you’d like to see Dr Lee Hickey from Queensland Alliance for Agriculture and Food Innovation (QAAFI) at The University of Queensland discuss speed breeding in more detail at BrisScience, follow the link here.