This LSE graduate found her purpose through talking to others

When Wong Ling Yah left for Nepal, she pictured an epic 18-day hiking adventure up to Everest Base Camp. She was not expecting to be stranded in Kathmandu for two weeks, thanks to a sudden nationwide lockdown.

Despite the uncertainty, the young Malaysian was where she needed to be — at the edge of discomfort. Look at Wong’s education, however, and you won’t be surprised to see how she developed that fearless and relentless spirit.

“In my first year, I joined an African Caribbean Gospel Church. I was the only Chinese person there,” explains Yah, who is a law graduate from the London School of Economics and Political Science (LSE).

“Living in that environment opened my eyes to how big our world is. It’s one thing to know that it’s bigger, another to experience it.” 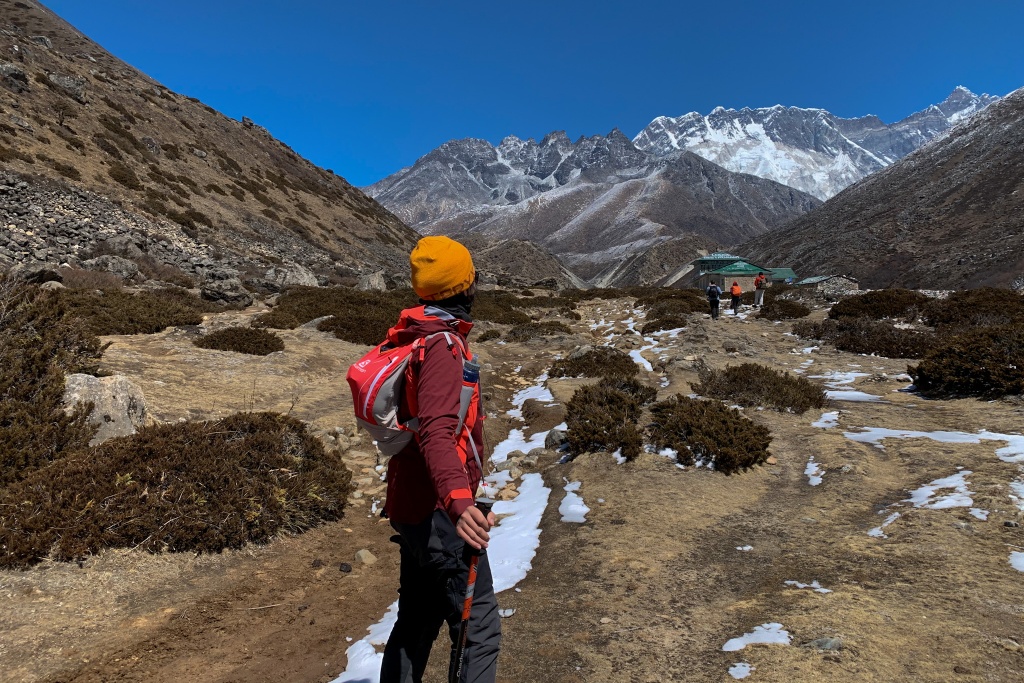 An epic 18-day hiking adventure up to Everest Base Camp turned into a 40-days survival as Wong was stranded in Kathmandu for two weeks, thanks to an unexpected nationwide lock down. Source: Wong Ling Yah

Growing up in the City of Cats, known as “Kuching” to the locals, Wong studied at an international British boarding school. Students here aspired to study in top-tier institutions and Yah was no different.

“If you’re talking about top schools, you’re referring to Imperial College London (ICL), King’s College London, LSE and University College London. Since ICL did not have a law degree, LSE was next down my list,” she tells Study International.

Studying law at LSE was an experience, as she recalls. “What is unique about LSE was that it didn’t feel like I was studying at university. It truly felt like I was studying in London since they did not have a specific campus.” That meant dropping by the local theatre to watch a show after class, or exploring the many exhibitions the city had to offer.

Wong also had the opportunity to meet people from around the world, which include students from Malaysia, Korea, and Pakistan. “Everyone was really welcoming, so it was nice to mingle with them,” Yah shares. 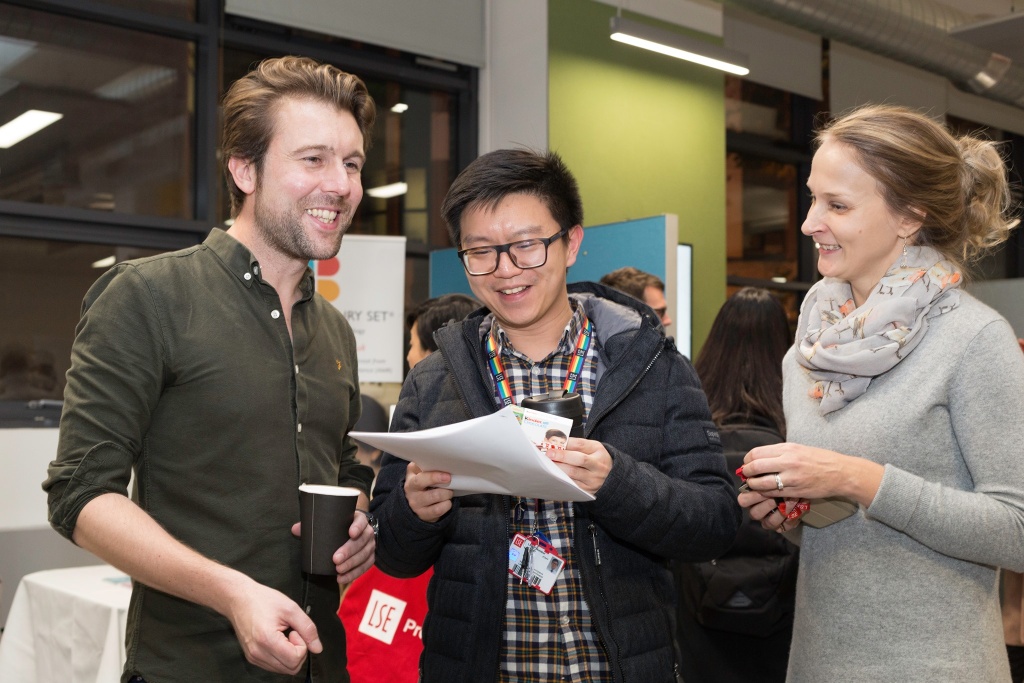 Around 70% of LSE’s students are from outside the UK. Source: LSE/Facebook

Starting her podcast, “So This Is My Why”, as a lawyer

When Wong returned home, she worked as a lawyer at an international US law firm, Baker McKenzie. There was just one problem: she felt lost. Sensing how hierarchical a legal career can be, the Malaysian sought more than just becoming a successful lawyer. After all, she had experienced just how big the world truly is.

To do that, Wong needed to break out of her circle. “Do I want to limit myself to just talking with my friends? Why can’t I speak to people like the founder of Evernote, an app that everyone uses? But I need to give them something in return for their time if I want to talk to them.”

Fortunately, the lawyer dabbled into podcasting — and was instantly hooked. According to Wong, a good podcast teaches everything you need to know about a specific topic. Want to learn how Mr Beast, one of the most explosive personalities on YouTube, garnered 50 million subscribers? Listen to podcasts like “The Full Story of MrBeast“.

“I was listening to many podcasts that focused on careers and entrepreneurship. They all focused on a few key messages: start your thing, put yourself out there and start building in public. Somewhere along the way, I just decided to start my own podcast,” the founder of “So This Is My Why” explains.

Her first guest? Chloe Buiting. She is an Australian veterinarian and wildlife conservationist who grew up on Lord Howe Island. Dubbed the “Jungle Doctor”, Buiting talks about her life as a veterinary student, the realities of poaching in South Africa, the importance of ecotourism, and many more. 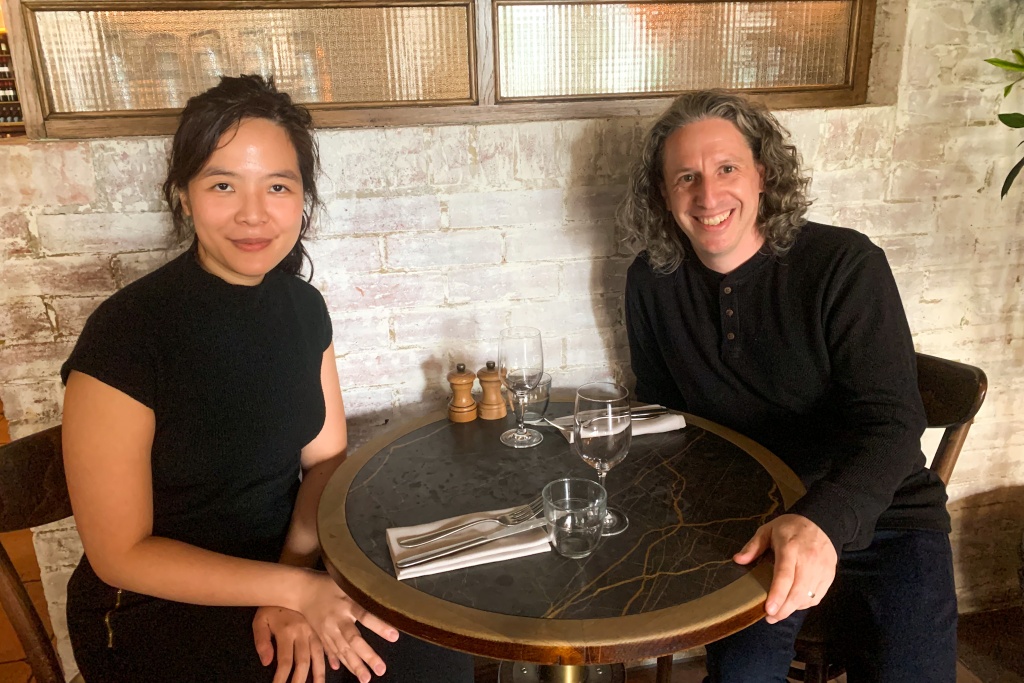 Yah (pictured on the left) having lunch with Nick Bernstein in London. Source: Ling Yah

Today, her podcast is an international sensation — ranking #2 in Malaysia and Singapore and #3 in Indonesia. Through this, she has met individuals like Nick Bernstein, the Senior Vice President of Late Night Programming (West Coast) at ViacomCBS and the executive in charge of the Late Late Show with James Corden.

Some of Wong’s upcoming interviewees include an ex-convict, Notle, who was once a secret society member and escort service operator. After serving nine years in prison, he runs walking tours in Chinatown through Triad Trails — showing visitors the “dark” side of Singapore.

Moving forward, Wong has plans to transform her podcast into an interactive show. “I’m toying with the idea of doing it in person with a live audience. It would be nice for people to meet the person being interviewed and ask their own questions.”

With that said, the lawyer and podcaster advise students to rethink their concept of passion. “Based on my interviews, many people who were ‘successful’ didn’t pursue their passion. They filled up their curiosity,” she shares. “Be open to the possibility of serendipity (that refers to an unplanned fortunate discovery).” 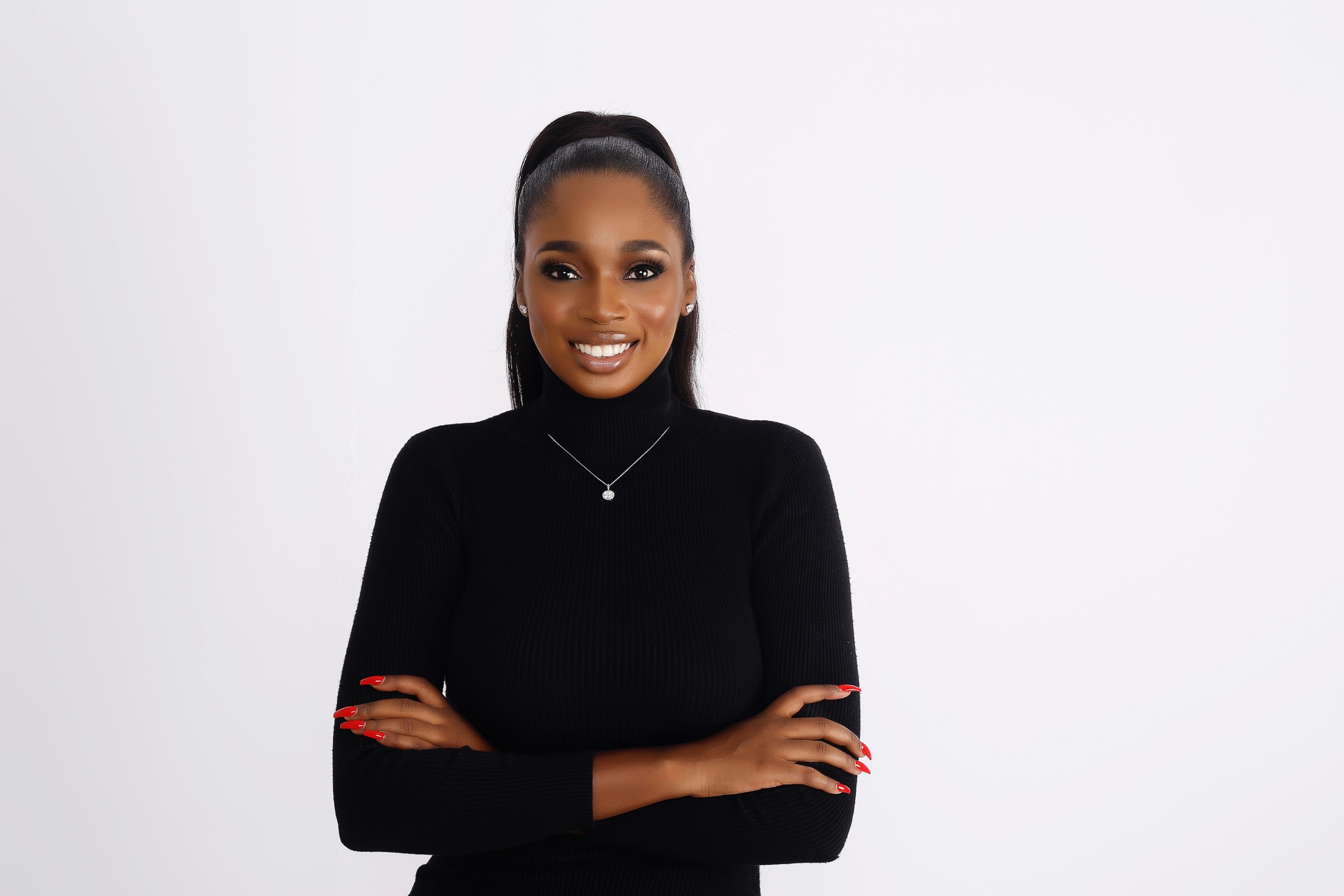 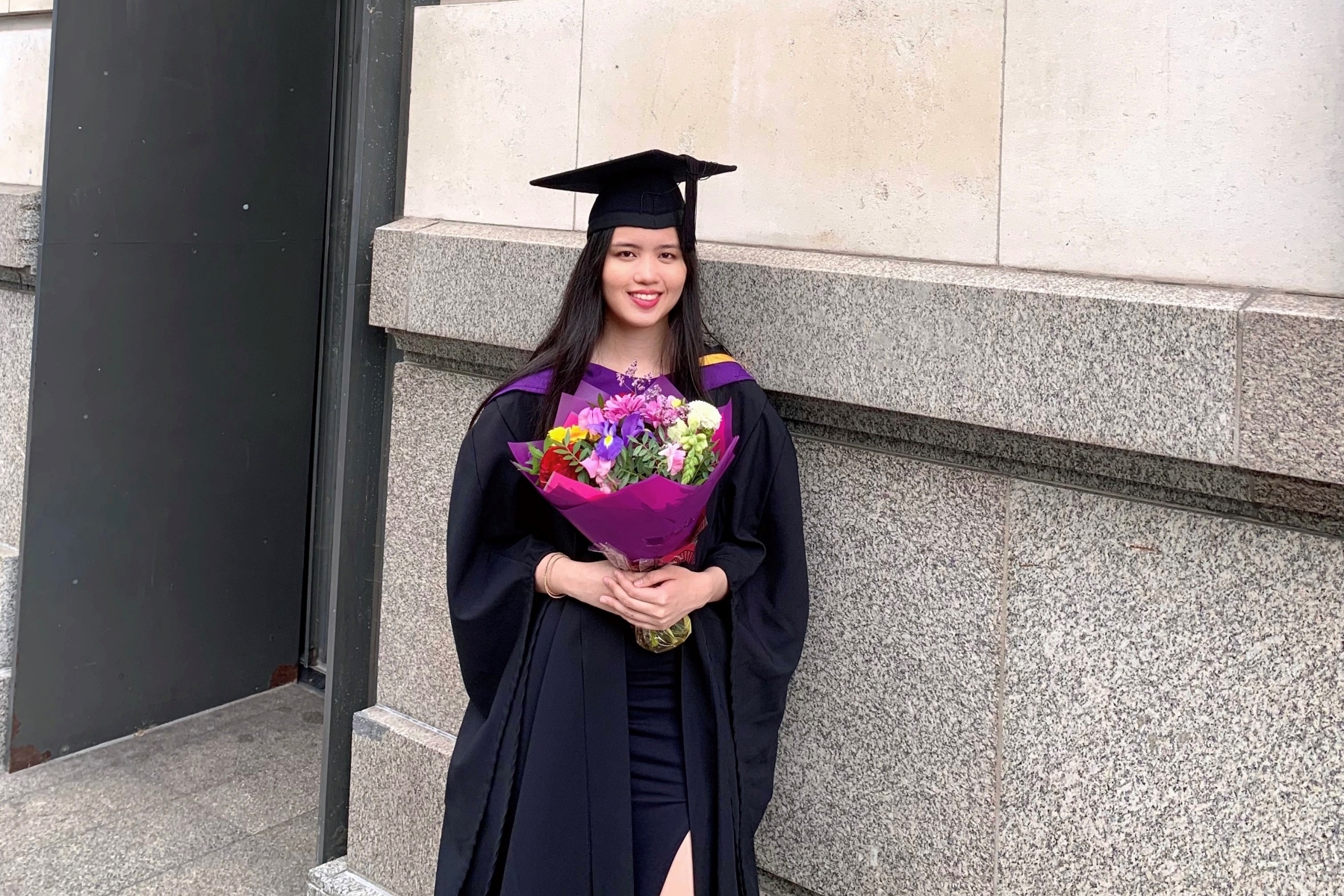 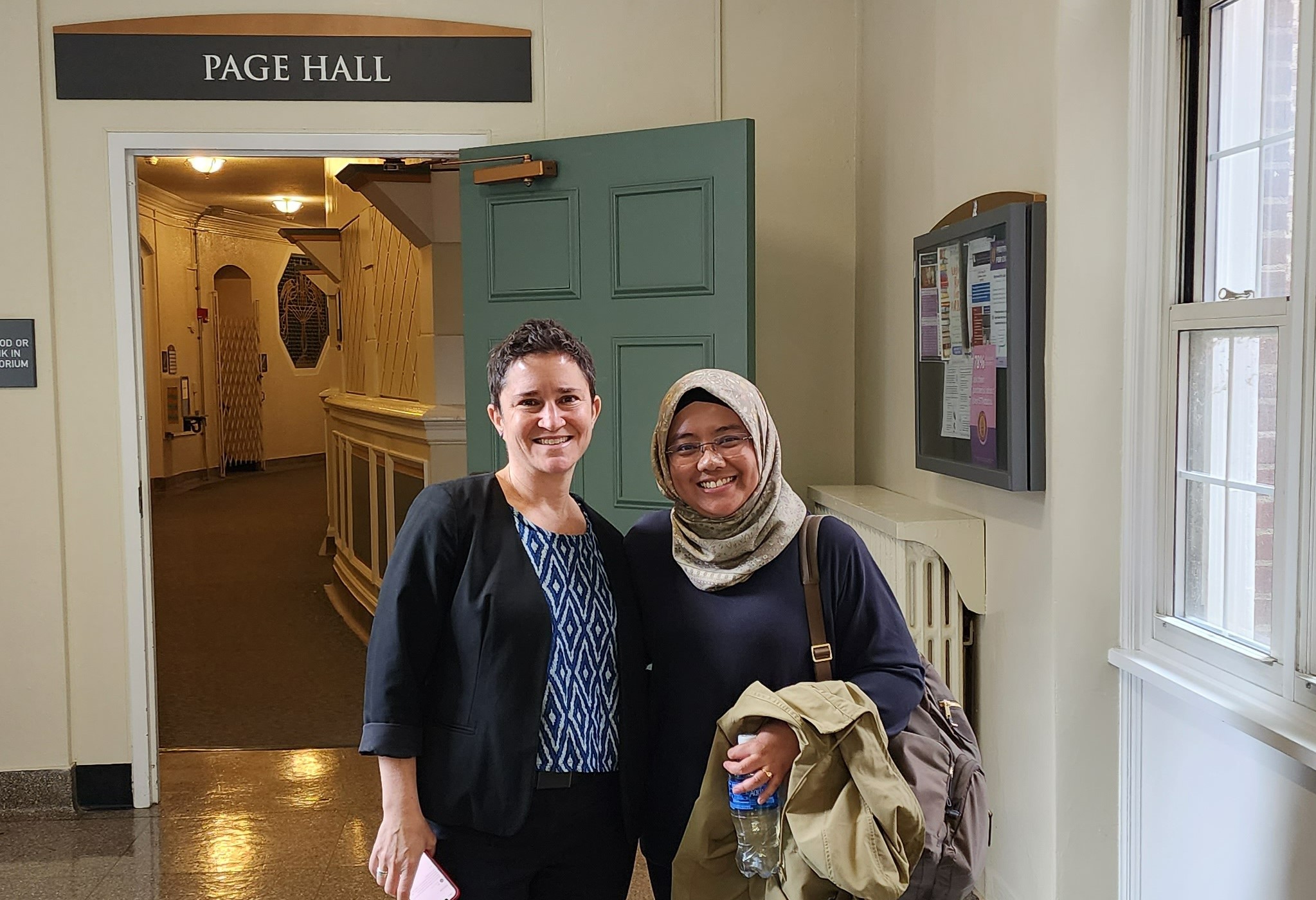 The Fulbright scholar who wants to build a fairer Malaysia