Is university essential to building a career?

It’s thought by the government, that subject level awards, detailed information on employment outcomes and performance rankings would help to reveal differences in teaching quality – allowing students to make informed choices in the higher education market.

The underlying assumption is that employment rates are a direct outcome of how well students are taught in higher education. There is a wider acceptance that workers with graduate qualifications are a distinct group of “better educated” people, whose “advanced skills” should convey higher wages in the labour market. And so if graduates are not finding (suitable) jobs or are not paid premium wages, something must be wrong with what and how they are taught at university.

The idea that universities need to take responsibility for how well students do in the labour market is far from new. In fact, over the last two decades, the success of higher education has been increasingly measured by the employability of its graduates. And because students in England are paying high amounts for their degrees, institutions are now meant to deliver the type of graduate that employers (are deemed to) want. 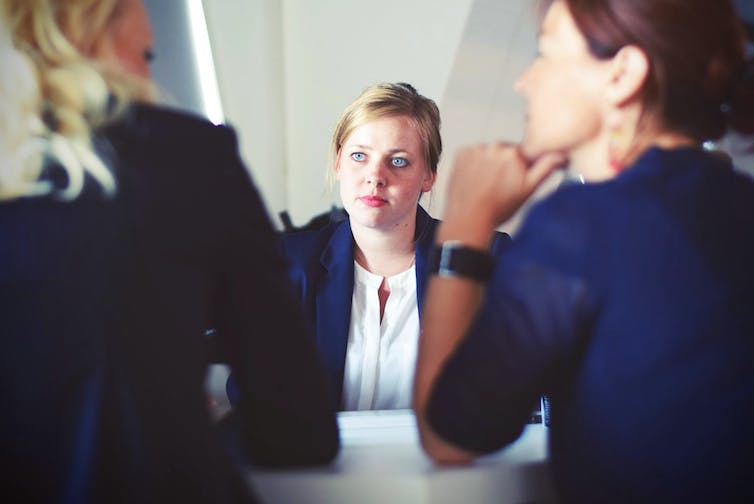 Employers are looking for more than just a university degree. Source: Shutterstock

Of course, there is such a thing as a “graduate premium”. Those workers with degrees earn, on average, higher wages than those who don’t. Those who study particular subjects, such as medicine, maths and economics, and those who have studied at more prestigious institutions tend to earn particularly well. Graduates are also more likely to be employed and to work in higher skilled roles.

The issue here, though, is the presumption these superior labour market outcomes must be the result of the skills and knowledge students develop during those years spent in higher education. But the evidence for this is not convincing.

The role of education in work

Social science research suggests that the “graduate premium” is not positively driven by what graduates have learnt in higher education. Economists have tried to measure the pure effect of education – controlling for differences in preexisting abilities such as general intelligence. This proves to be quite tricky to do, but it does seem as though this seriously reduces the impact of the “graduate premium”.

Sociologists and labour market researchers have also pointed out that employers select and reward graduate workers on a much wider basis than merely the skills and knowledge developed at university. This includes factors such as personality, work experience, exclusive credentials, networks, cultural characteristics and skills not necessarily developed at university. They have also pointed out that because of this, access to many high-paying sectors, occupations and positions have become virtually closed off to those without (elite) university degrees. 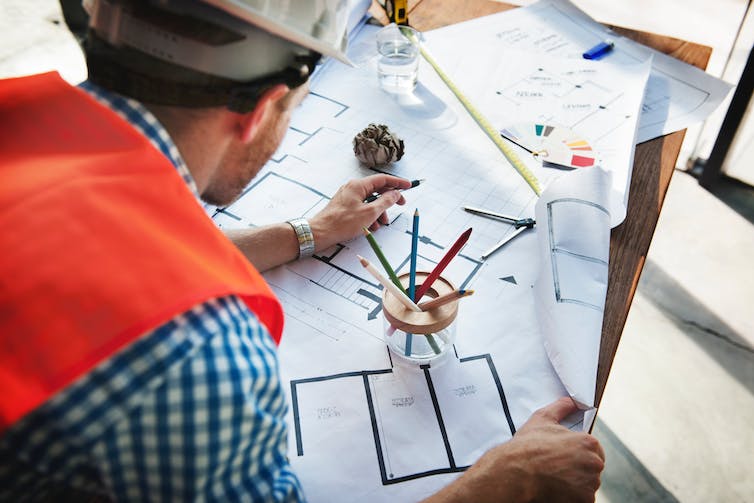 Qualifications matter, but university isn’t the only way to get them. Source: Shutterstock

My recent study looks at four occupations that are commonly thought of as “graduate roles”: lab-based scientists, software engineers, financial analysts and press officers. My research shows that among these occupations higher education is not actually very valued by employers and workers. Also, the meaning of degrees within these occupations differs a lot between roles as well as between organisations and sectors.

So as my research shows, although qualifications still matter – in particular to access certain occupations – the skills and knowledge developed in higher education certainly does not drive many forms of high-skilled work.

Also, it’s employers who offer jobs and set wages, not universities. So just because occupations with large shares of graduates pay well, it does not mean university education itself drives wages. Why particular degrees pay better than others depends on the jobs graduates do after university, rather than simply the degrees they hold. It seems hard, therefore, to believe that universities can be held responsible for their graduates’ labour market outcomes.

The universities minister has been rightly criticised for his crude instrumentalism. But Gyimah’s recent drive for university courses to offer value for money also shows a crucial misunderstanding of the relationship between higher education and labour market outcomes. He isn’t the first person to overestimate and misinterpret the role higher education plays in many occupations – and I’m sure he won’t be the last.

How the #MeToo movement has changed university curricula

Why international students in the UK are opting for shared accommodation

Bionic reading: The viral reading hack that could help you study better

Going to grad school? Here’s everything you need to know about the GRE