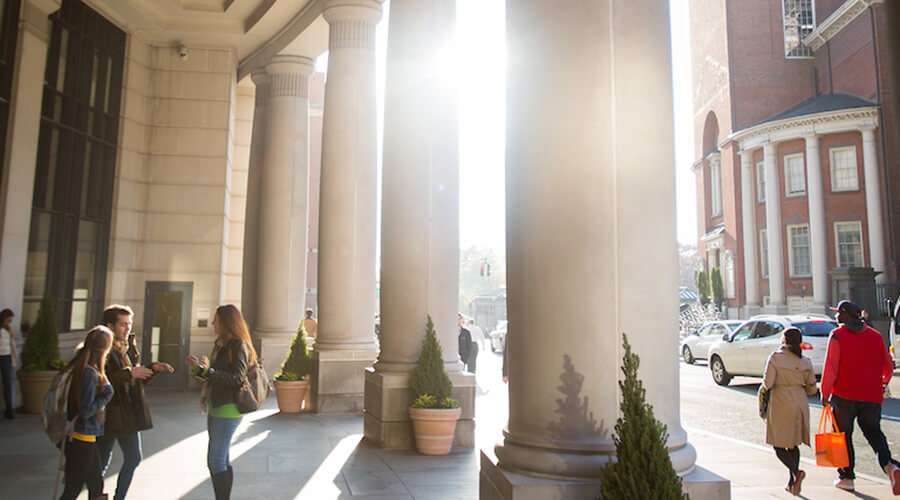 How law graduates are making a difference in 2020

Janeth Moreno, the founder of a boutique law firm in downtown Boston, can often be found in neighborhood churches around the city.

The humble location masks the gravity of what the Suffolk University Law School LL.M. graduate is doing there: empowering immigrant communities with the tools they need to know their rights. From facing ICE agents to defending themselves legally against the current administration’s pursuit of immigrants, asylum-seekers and refugees, these sessions provide information, support and a vital connection for some of the most vulnerable groups in the country today. 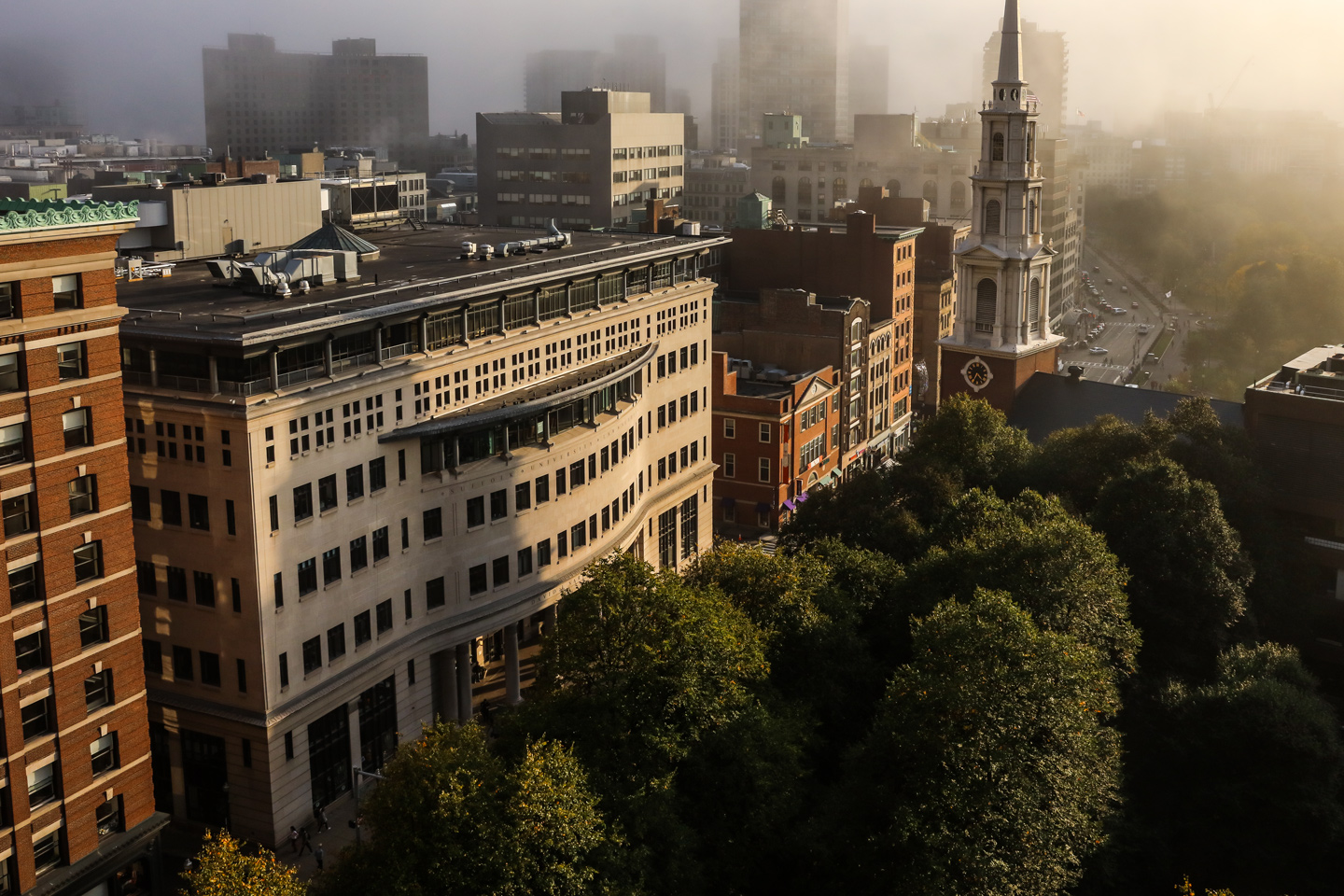 The information gap exists — some of the attendants don’t know that they have the right to remain silent and to ask for a lawyer when dealing with federal law enforcement personnel. “We’ve seen more restrictions, more restrictive venues. We don’t have the law on our side right now,” Moreno says.

This drives the former Mexican federal prosecutor and corporate counsel — who has also served as the Immigration Attorney of the Consulate General of Mexico in Boston — to do even more. More than just dealing with asylum claims, Moreno is also regularly in contact with the local consulates of Colombia, Mexico, Guatemala, and El Salvador.

In another session held at the Mexican consulate in Boston, Moreno advises listeners on what to do if they are approached by an immigration officer at work, on the streets or at home. She informs them of the consequences of the latest executive orders and how to set up a plan if you have a family, children or a business.

Moreno’s grassroots work is neither glamorous, nor are all her hours billable, but she believes in their effect: “I’ve seen the impact in the communities; it’s making a difference. It makes everything worth it.”

If attorneys representing the needy were wrapped up with the immigration crisis before 2020, the coronavirus pandemic is adding another barrier to their clients’ access to justice. Courts, state and federal, are hugely disrupted by the health crisis and in some cases closed to all but emergency cases. In New York alone, there is a backlog of 39,200 criminal cases, testing courthouses on their technical capacity to provide due process during the pandemic. The criminal justice system is further strained by the arrests of demonstrators in recent mass protests.

Recognizing the need to preserve the public’s legal needs and rights amidst this disruption, Suffolk Law’s Legal Innovation & Technology Lab (LIT Lab) has developed mobile applications that allow members of the public to remotely submit court forms for emergency housing and family law matters. Amassing a team of coders, lawyers, paralegals — and even people with no subject matter or tech experience — the LIT Lab set up a virtual assembly line to develop these apps.

“In the US, a majority of people face their civil legal emergencies without a lawyer,” said Suffolk Law Dean Andrew Perlman — a problem called the justice gap. “The need for solutions to help address the justice gap, including simple, user-friendly, digital court forms is acute,” he said.

The project places Boston among a handful nationally with the ability to offer such legal technology to the public. It brings particular benefit for self-represented litigants with pressing legal issues who would otherwise be unable to print out and mail, or scan, the necessary forms to Massachusetts’ state courts. This includes domestic violence victims seeking a restraining order and unable to reach overburdened court administrators or a renter trying to force a landlord to repair a broken sewage pipe.

“We want to make sure people who only have a smartphone can use all of our forms,” says Quinten Steenhuis, a LIT Lab clinical fellow. “It is one of the best ways to access the courts during this crisis we have right now,” he adds. Steenhuis previously built a successful mobile tool for people facing eviction. That tool educates tenants about their rights, helps them file customized court documents that they can print out themselves, and sends text-message reminders about follow-up documents and court dates.

These efforts to galvanize the law to transform lives — with the help of technology and a passion to serve — are in Suffolk Law’s DNA. The law school is also behind an impactful study showing widespread discrimination among Greater Boston real estate agents and landlords toward prospective tenants who are Black or using federal housing vouchers. The impact has been swift — the city of Boston is funding a new position at Suffolk Law to handle undercover testing across the city and several real estate brokers and agents have agreed to pay up to US$110,000 in settlement fees and attend fair housing training.

These examples show the various ways that the law school gives back to the community — many, if not most, of the career trajectories of graduates do too. Carmen Arce-Brown, a Suffolk Law LLM graduate, is on a mission to build a more inclusive Boston. As the chief operating officer at nonprofit The Partnership Inc., she is dedicated to making corporate America more inclusive of multicultural and underrepresented communities. She mentors a diverse group of people, connects them to networks and finds job opportunities for them with a myriad of industries. It’s a passion that stems from her personal experiences dealing with race when she first moved to the US from Mexico in 2005 — spurring her to do more for communities of color.

“Boston is a majority-minority city, and we know that diversity spikes innovation, and we know that we’re better off when we are together,” she says, highlighting the importance of a more diverse workforce, especially in leadership positions.

Suffolk Law is regularly ranked among the best in the country by US News and World Report. Programs in Legal Writing, Clinics, Dispute Resolution and Trial Advocacy — the cornerstone of a practical, hands-on education in the law — are all ranked in the US News Top 25. National Jurist named Suffolk Law the top school in the nation for legal technology.

PreLaw Magazine lists Suffolk Law among its “Top 20 Most Innovative Law Schools,” and the American Bar Association’s Law Practice Magazine names it as part of its list of top innovators. To know more about the law school described as “an innovative force” by PreLaw, click here.