Hayat Aljowaily is not only a filmmaker with a string of independent movies under her name and a list of powerful film recommendations for us (more on that below). She is also a recent graduate of the Dual Bachelor of Arts programme between Columbia University in New York and Sciences Po in France. To add to that, she is the true definition of a truly global citizen, a third culture kid with roots all around the world.

Aljowaily completed her last two years of primary school in her home country Egypt. The largest chunk of her secondary education was in New York at a prestigious school — the French American School of New York. She was very much involved in the creative subjects as a young kid, from visual arts to music and dance. Despite never getting into filmmaking until university, the social activist now knows her passions lie in creating for the big screen. “At the end of the day, film is a way to reflect on society,” says Haljowaily. 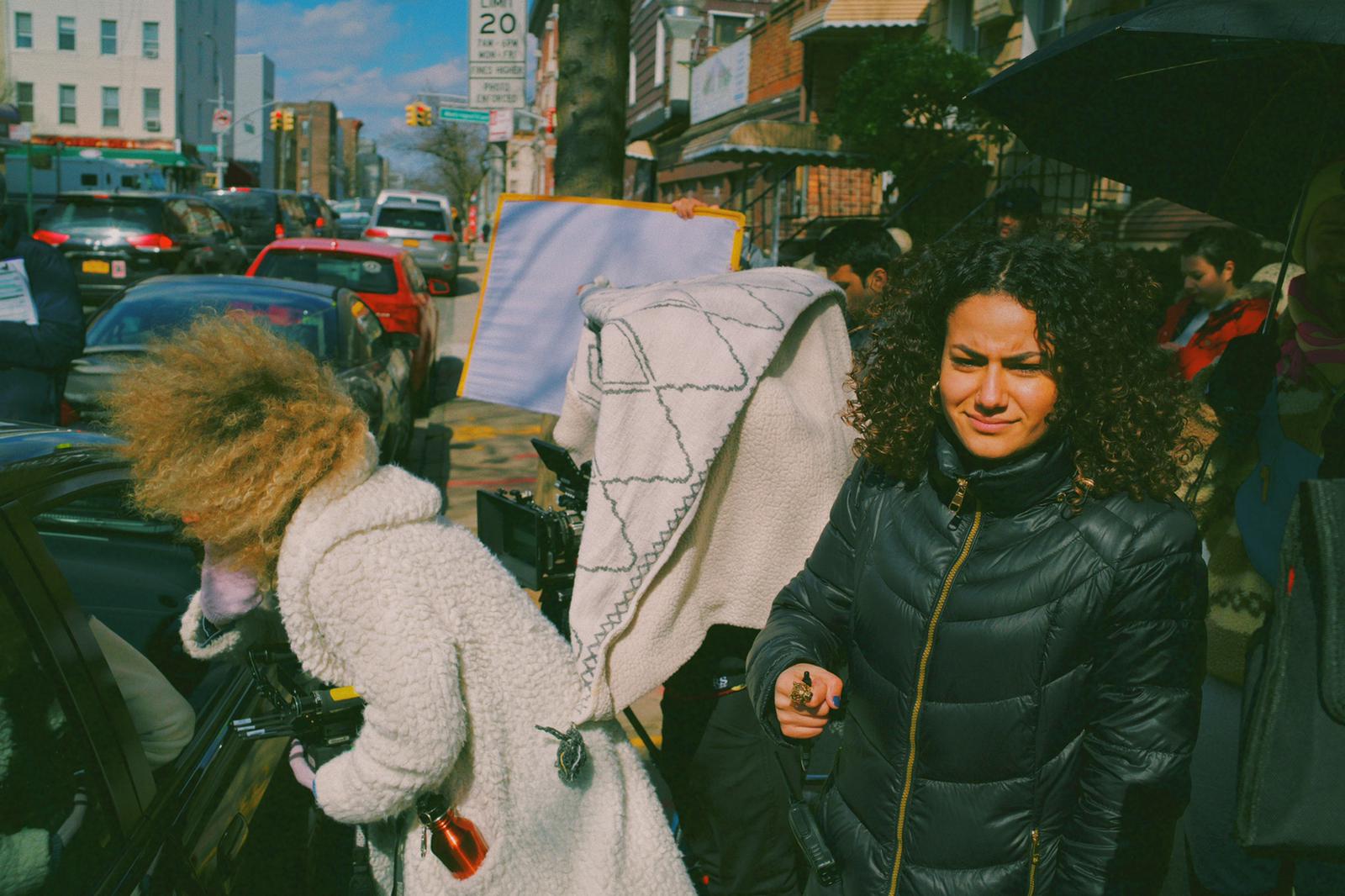 Below, we dive into her multicultural origins, what it’s like to study in Columbia as well as her film recommendations and advice for international students:

Can you tell us more about your Dual Bachelor’s degree in France and New York? Did you face any challenges in these two countries?

So the SPO Dual BA is a programme that was launched about 10 years ago which lets you complete two undergraduate programmes at the same time. Each of the campuses at Sciences PO in France, focuses on the social sciences from a different region in the world. In France I picked the Menton Campus which focuses on the Middle Eastern and Mediterranean region, where I’m from.

After studying the social sciences, I then did two years at Columbia University in New York where you can study close to anything you want. The great thing is you get to graduate with a bachelor’s from each of these universities which is incredible. At Columbia, I chose to study film, whereas most people tend to study other social sciences.

Being able to take what I learned in France and apply it to my studies and life in New York was a great opportunity, which resulted in a lot of personal growth and development.

The social sciences is a different field to the arts. How do you combine them?

I think the core of social activism is a push for social change, changing the way the social fabric of communities in relation to gender, ethnicity, and so on. How do we push for everyone to be equal on an equitable level? 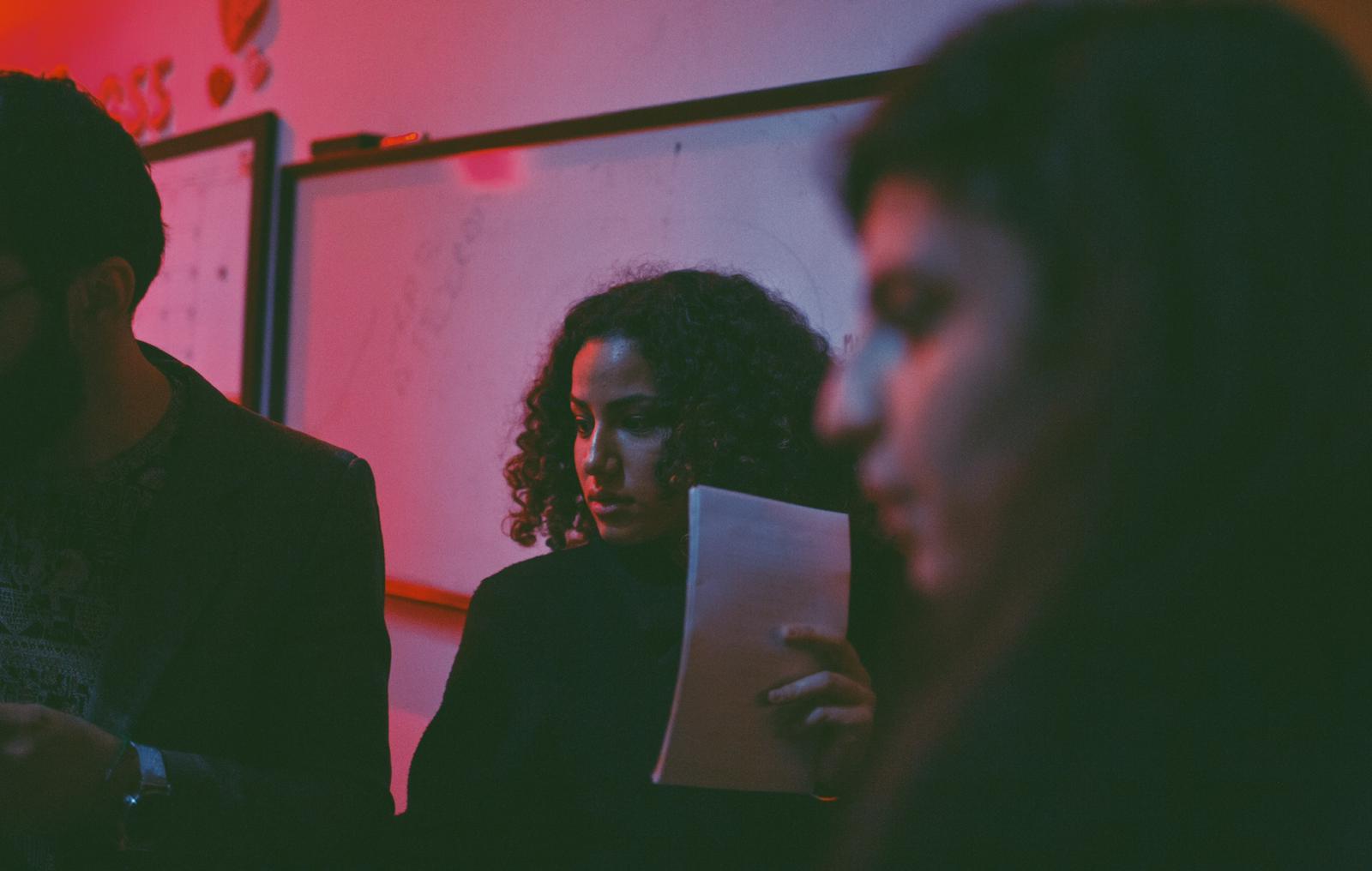 Films can be a means to portray social sciences, and Hayat shows this through the films she’s produced. Source: Hayat Aljowaily

Social activism can be done through the arts, protests, and political involvement which is something I try to portray with my independent movies. Art — film, especially — is a very powerful way of touching people’s emotions, and I hope by making independent movies, people can be incited to change something about their behaviours or how they see the world.

What are five of your film recommendations that portray social sciences?

There are so many! “Gaza Mon Amour,” a feature film about two elderly people in Gaza, Palestine who fell in love and is 100 percent just a love story. In the background you can see what it’s like living in Gaza, and under occupation, and I love how smoothly the culture is brought to life within a love story.

“The Man Who Sold His Skin” is about a Syrian refugee who’s offered by a Western artist to get a visa tattooed on his back. He then becomes an art piece. This film is about borders, and the fact that art can cross those borders but people can’t — which is also what my latest short independent movie is about.

There’s also “Quo Vadis, Aida,” which is a film about the Bosnian War and talks a lot about the ones who ruled among them. Another one is “It Must Be Heaven” by Elia Suleiman and is one of my all-time favourite films which is about a Palestenian man who is on the search for his identity or somewhere to belong.

A few other film recommendations that show the social sciences — and my favourites too — are: Atlantics, Parasite, Timbuktu, Black Girl, Omar Gatlato.

What advice do you have for students looking to study abroad and aspiring to be filmmakers?

Thanks to the internet, researching is something that helps tremendously in finding something you are truly passionate about. Don’t be afraid to take risks when you’re travelling abroad to chase your dreams. Pursue whatever you want and do it fully.

Try to find immersive programmes abroad instead of exchange programmes, where you won’t get to broaden your cultural views as much. This will open your mind as you learn how to navigate the world through a different lens.

When you travel abroad you learn so much about different cultures, and as a filmmaker that’s the kind of base you want to be a writer or a director. Stepping into other people’s shoes is essential, and being abroad helps with that.

If film is your passion, you constantly need to be working. It becomes part of who you are, which at times is very time consuming especially if your friends aren’t doing the same thing. However, I find it extremely rewarding and satisfying, there is no better feeling than getting to watch something you made on the big screen. 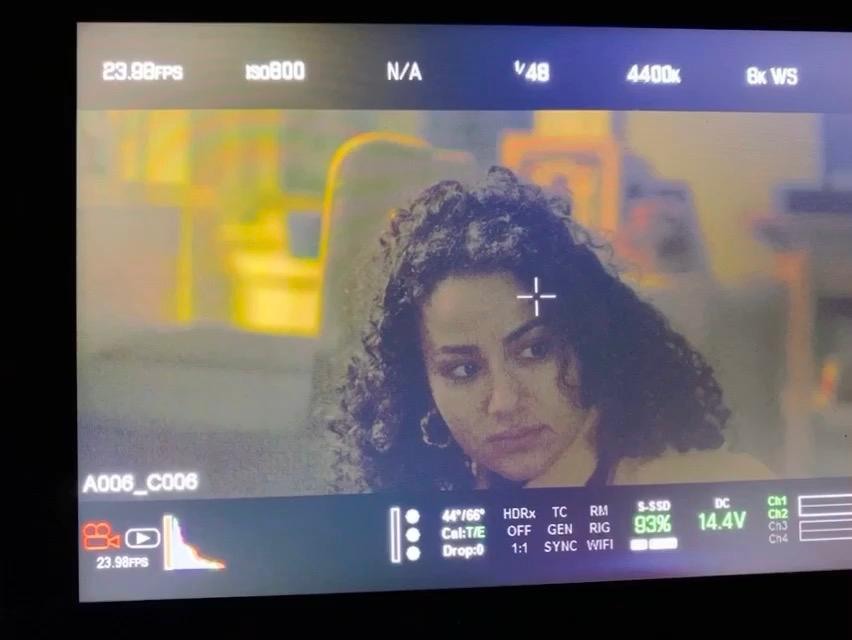 Tell us about your current projects, how are you finding the challenges regarding the global pandemic?

I am currently making independent movies, and I have a full-time internship here in Paris. In addition, I have another two smaller internships, one with a production company in New York, and another with a French director.

“Maybe Next Time,” one of the short independent movies I’ve helped develop just recently won the audience award at the Tripoli Online Festival in Lebanon. Another short independent movie which I’m an associate producer of has come to a halt since we were supposed to shoot in April this year because of COVID-19.

Now that a lot of festivals are online, it has given the film industry a whole new shape which is cool because it gives us time to focus on other things, like scriptwriting. I guess there are silver linings in everything. 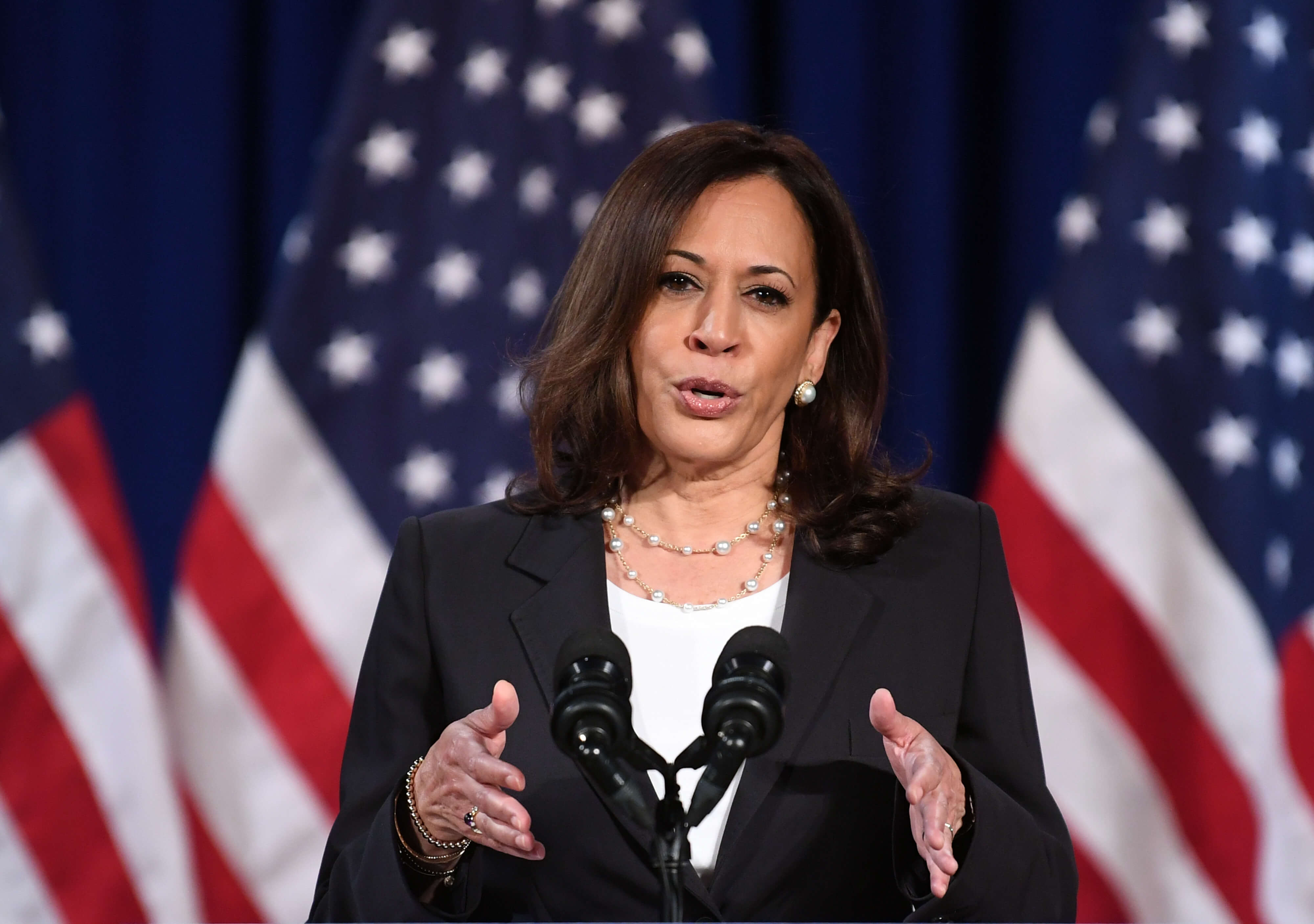 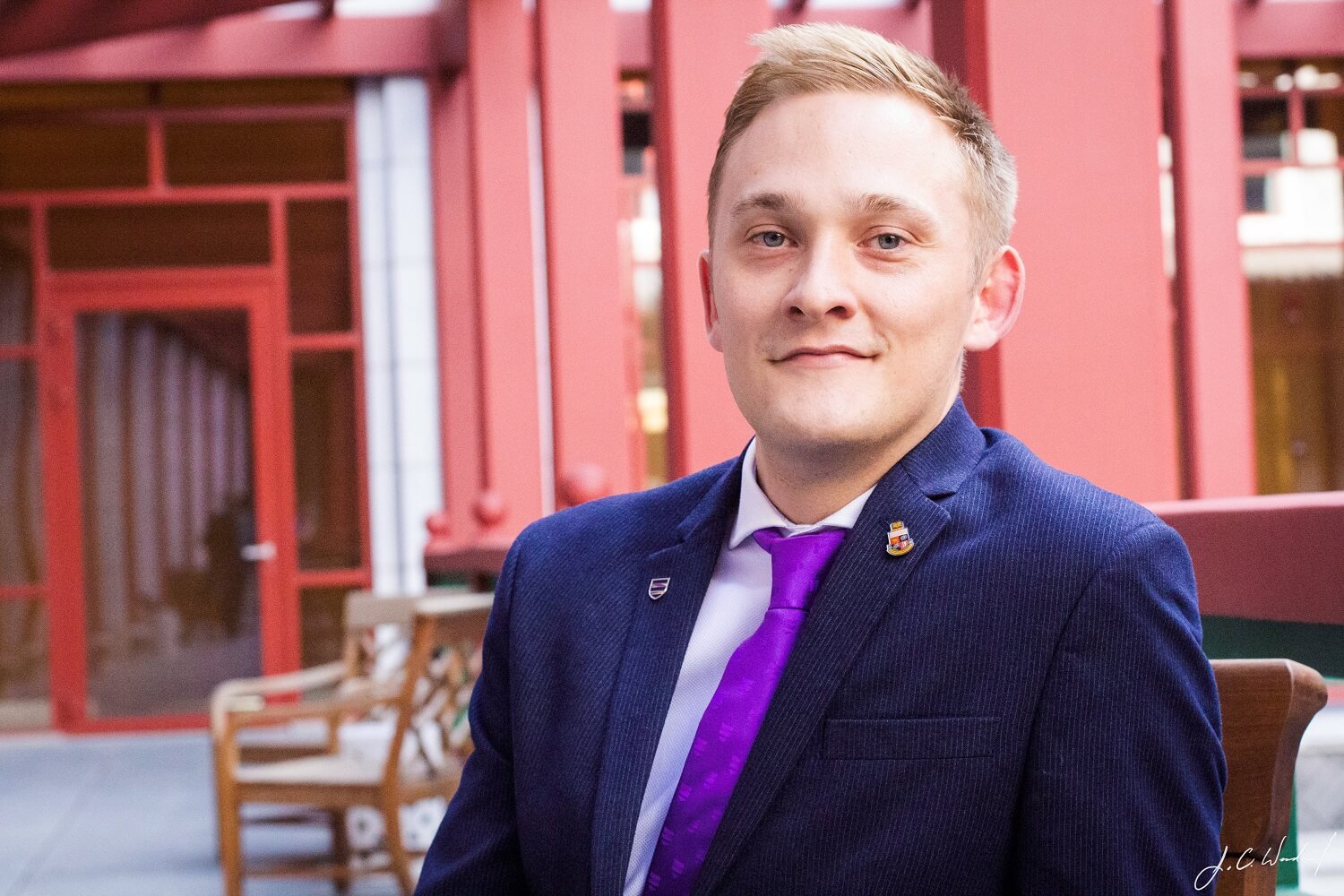 From chemistry to global affairs: One scholar's quest to bring science to the public