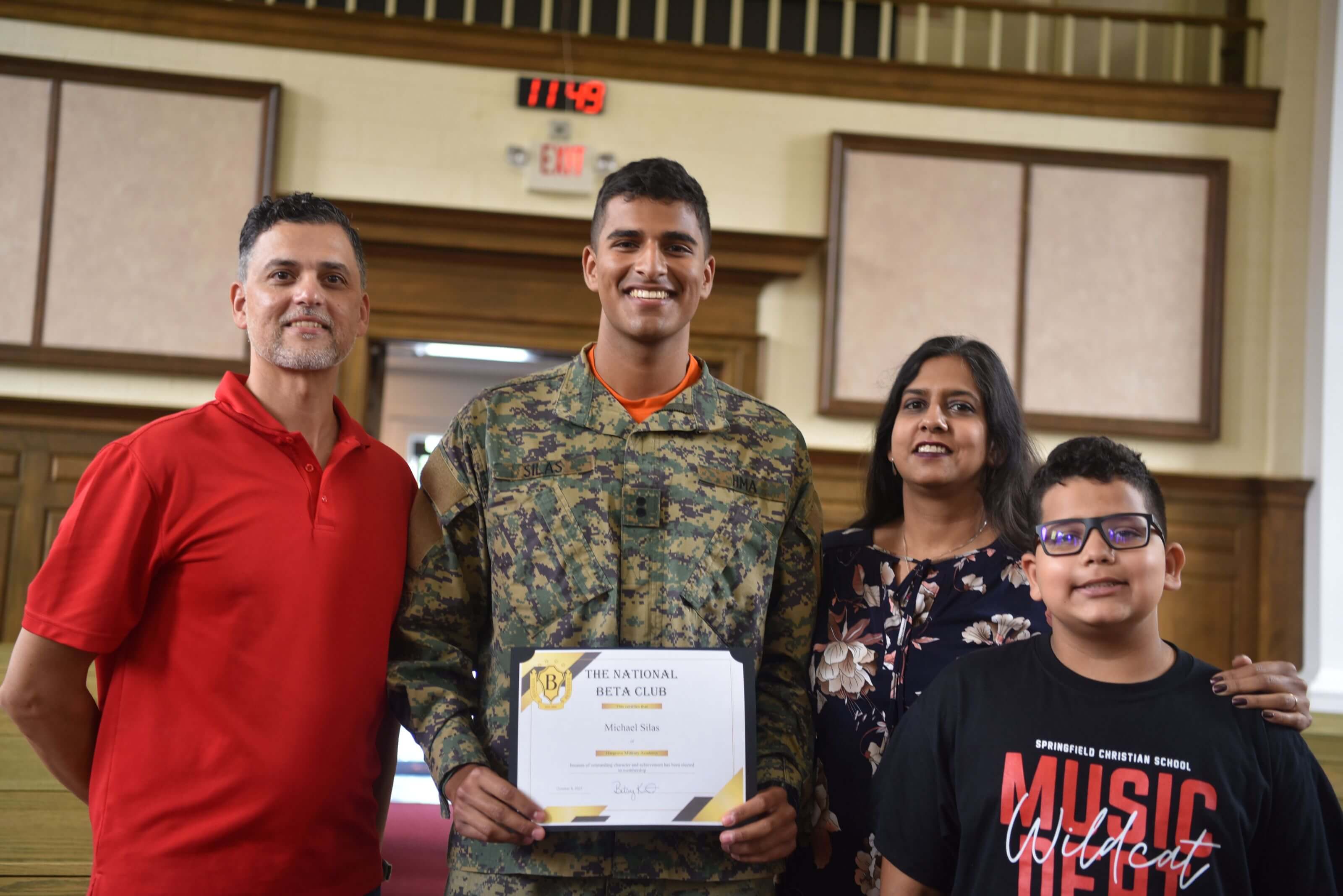 Discover the power of a Hargrave Military Academy education

A military school is a place for the ambitious. It is far from a place for the troubled — and Hargrave Military Academy is proof. Here, young men in grades seven to 12 and postgraduates of all socio-economic backgrounds, racial or ethnic identities, and political viewpoints are living and learning in harmony. Located in Chatham, Virginia, cadets come to Hargrave to lay the foundation for lifelong excellence.

They pursue a military programme that teaches the arts of organisation, structure, routine, discipline, and leadership — all of which are crucial to succeed in today’s world of work and tomorrow’s.

At the same time, they undergo a spiritual transformation, laying a solid foundation for a rewarding life filled with far more than academic triumph. While Hargrave is built on Christian principles, all religious beliefs are welcomed to receive the transformative experience it’s known for providing.

Whether graduates go on to take their next academic step, make their professional debut, serve their church, care for their families, or all the above — each is guaranteed an outstanding and inspiring outcome. These success stories are proof: 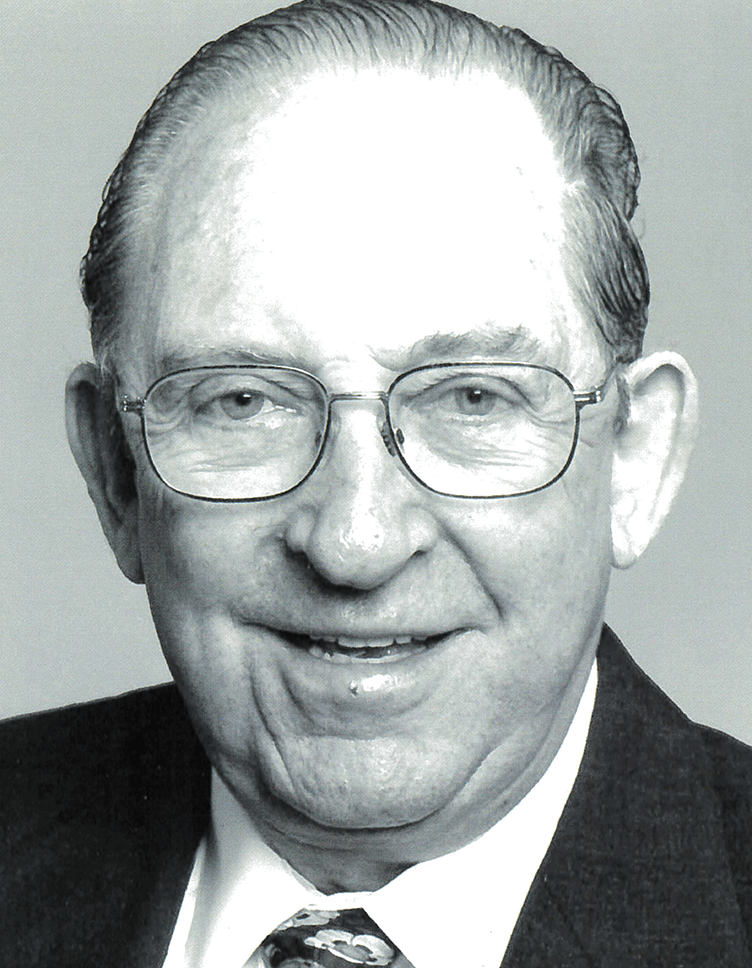 An extensive CV helped him stand out at the Georgia Institute of Technology, where he graduated with a Bachelor of Science in Industrial Management. After three years with the United States Navy, he was ready to add value in the corporate world. Landon quickly climbed the ranks, serving as chairman of the board at the American Bankers Life Assurance Company.

He was also the chairman and CEO of the American Bankers Insurance Group before selling the company and making a killing — most of which he dedicated to philanthropy. Several schools (including Hargrave), higher education institutions, hospitals, and medical research laboratories have benefited from his generosity. 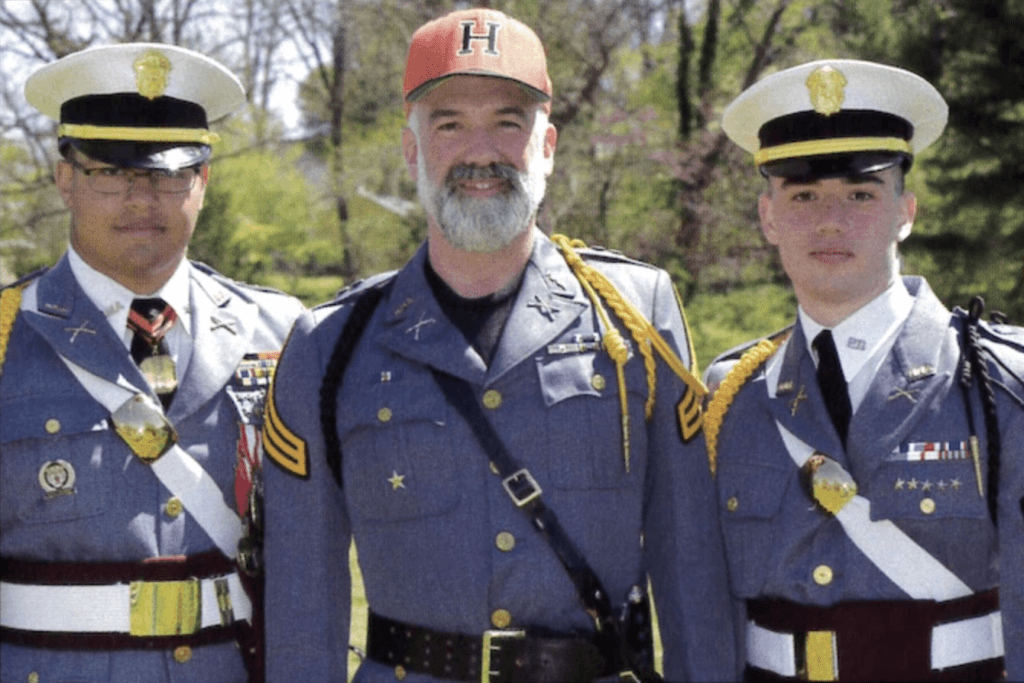 Troy Pulliam is teaching the next generation everything there is to know about the US government and civics. Source: Hargrave Military Academy

Troy Pulliam’s journey was one of awakening. “I was not an athlete or a good student,” he says. “The military system gave me a way to succeed. Major Shelton kept me from intramurals and as late as 5 p.m., tutoring me in Algebra and I began to succeed. At the Mother’s Day parade, I received the Cadet of the Year award. I remember the welling of powerful emotions in the faces of my parents.”

Pulliam credits Hargrave’s environment for evolving him into the overachiever he is today. There, his passion for history and a stint as a platoon leader in the Delta Company (the backbone of the Corps of Cadets) helped him realise his calling in academia. Upon graduating, he went on to achieve a Bachelor of History and teacher licensure before completing a Master of Education and doctorate-level success.

He’s spent the last 20 years as a high school educator in Tennessee. Today, he’s teaching the next generation everything there is to know about the US government and civics. Pulliam has even created a course of his own in Bible history. Mock congresses and trips to Washington D.C. are common for learners lucky enough to be part of his cohort. 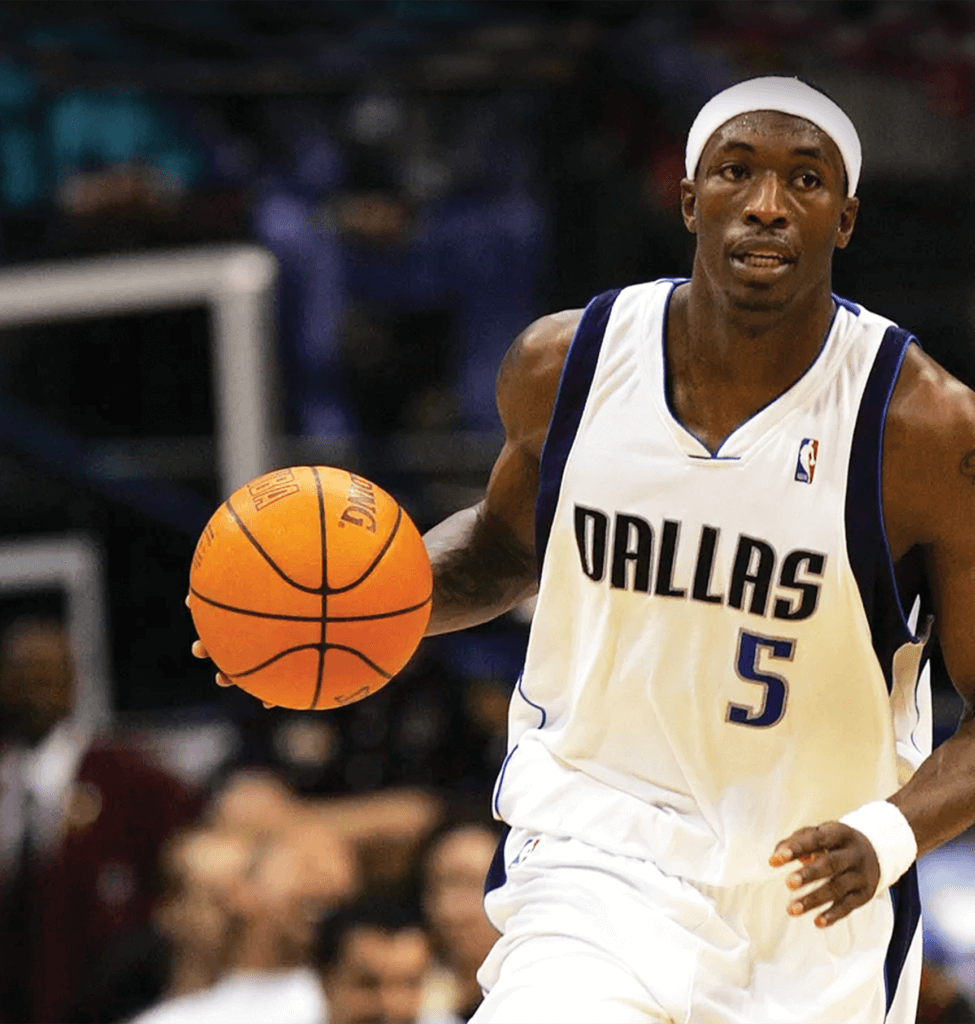 In April 2020, Josh Howard was appointed head coach of the University of North Texas at Dallas. Source: Hargrave Military Academy

A natural-born sportsman, Josh Howard played Post Graduate basketball in Hargrave in 1998 while sharpening his knack for leadership. As team captain, he showed up for every practice 15 minutes early and always made it a point to stay on the court for an extra 15 minutes. “I had to lead by example,” he says.

Howard went on to spend seven seasons with the Dallas Mavericks before playing for the Washington Wizards, Utah Jazz, Minnesota Timberwolves, and Austin Toros. The North Carolina native shot his way to being known as a versatile small forward, excellent in handling the ball and playing lock-down defence. Nagging injuries urged him to retire and coaching instantly felt like a natural fit.

“I realised that coaching was the ideal spot for me to get my message across,” says Howard. “With the career I’ve had, I’m full of knowledge and I’m ready to give that to the next generation. Hargrave helped me realise there was more to life. Being respected and treating others how you want to be treated sounds cliche, but those are the principles of life.”

In 2016, Howard was hired by Piedmont International University to be their new head coach. In April 2020, he was appointed head coach of the University of North Texas at Dallas. 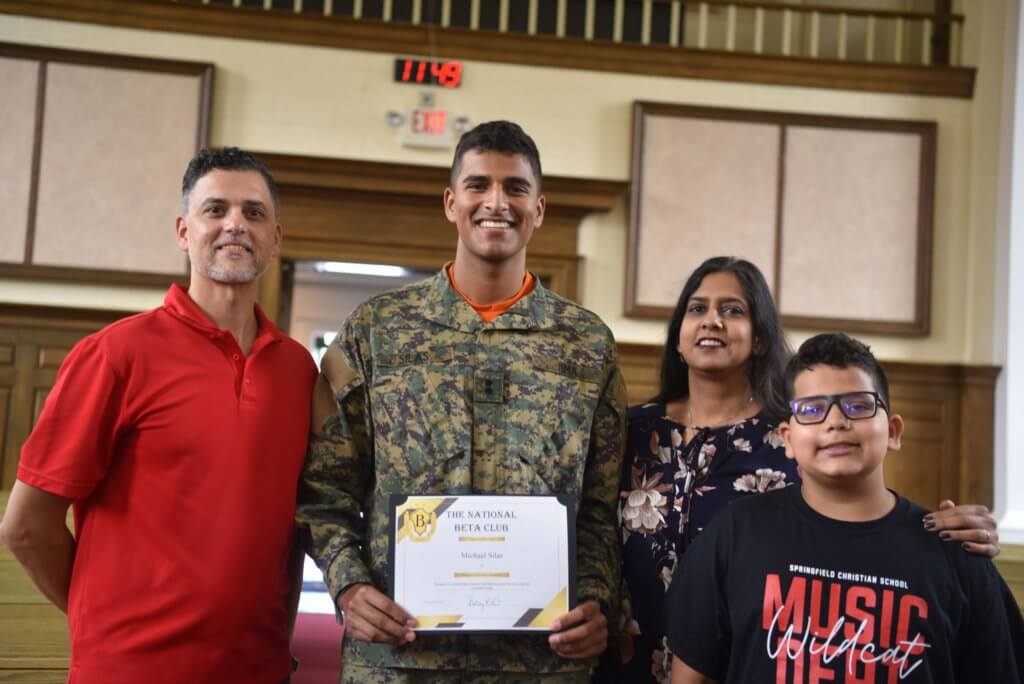 Michael Silas refers to his Hargrave experience as his “second chance at success.” He arrived aware, knowing he needed a push in the right direction — one that would make him a better learner in school and son to his parents. “I decided I would make this the best deal my parents would ever make,” he says.

The transformation was almost instant. “My first year at Hargrave taught me that respect towards everyone will get me far in whatever I do. After my first week at Hargrave, I got appointed as the Alpha Company Guidon Bearer. In 2020, we ended up winning the Initial Drill Competition.”

In his junior year, he was appointed Delta Company executive officer. Today, in his third and final year, he’s proud to serve as the programme’s commanding officer, mentoring and leading the Corps’ youngest cadets. “So far, my senior year at Hargrave has taught me to persevere,” he says. “Giving up is not an option — victory belongs to the most persevering.” 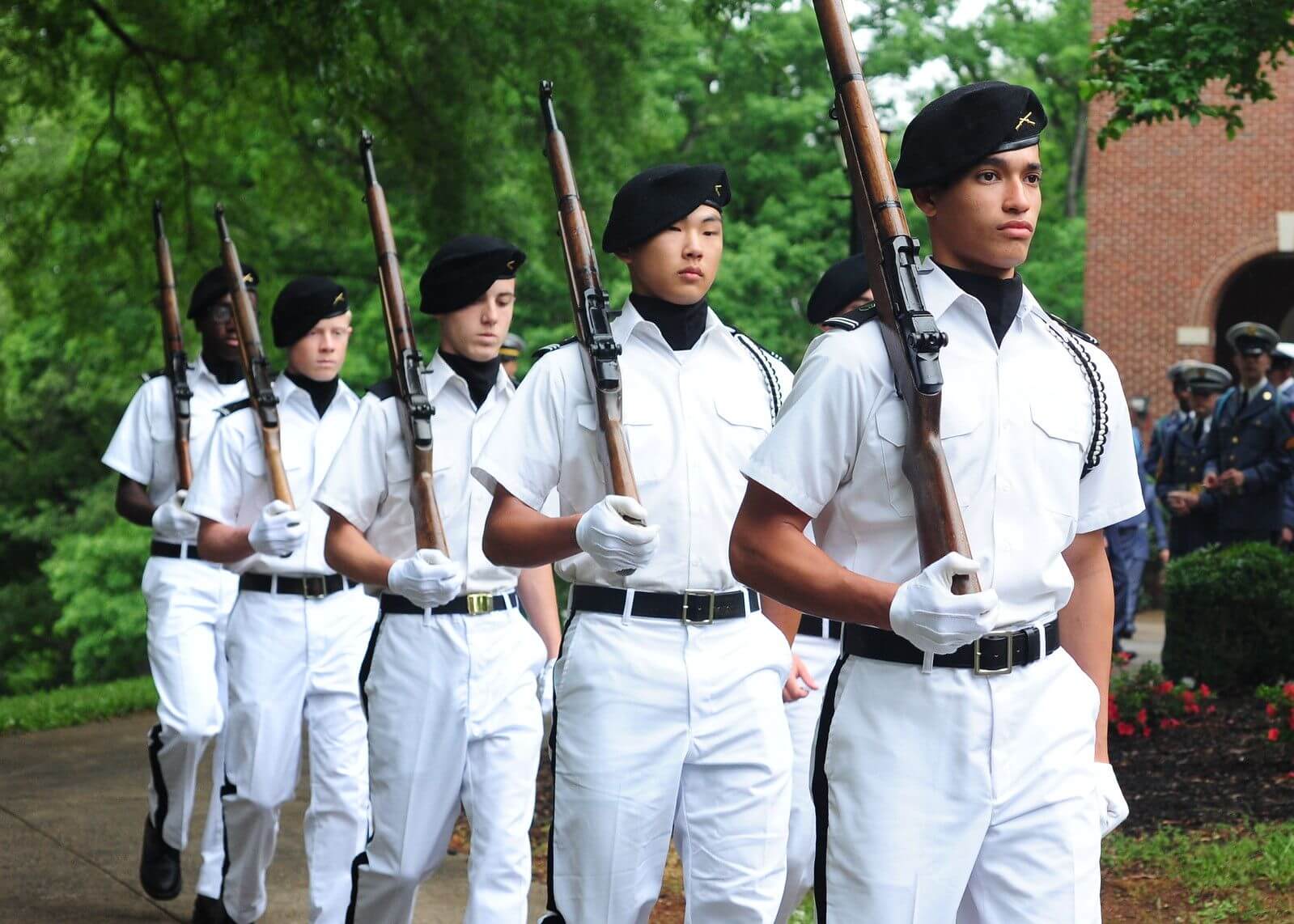 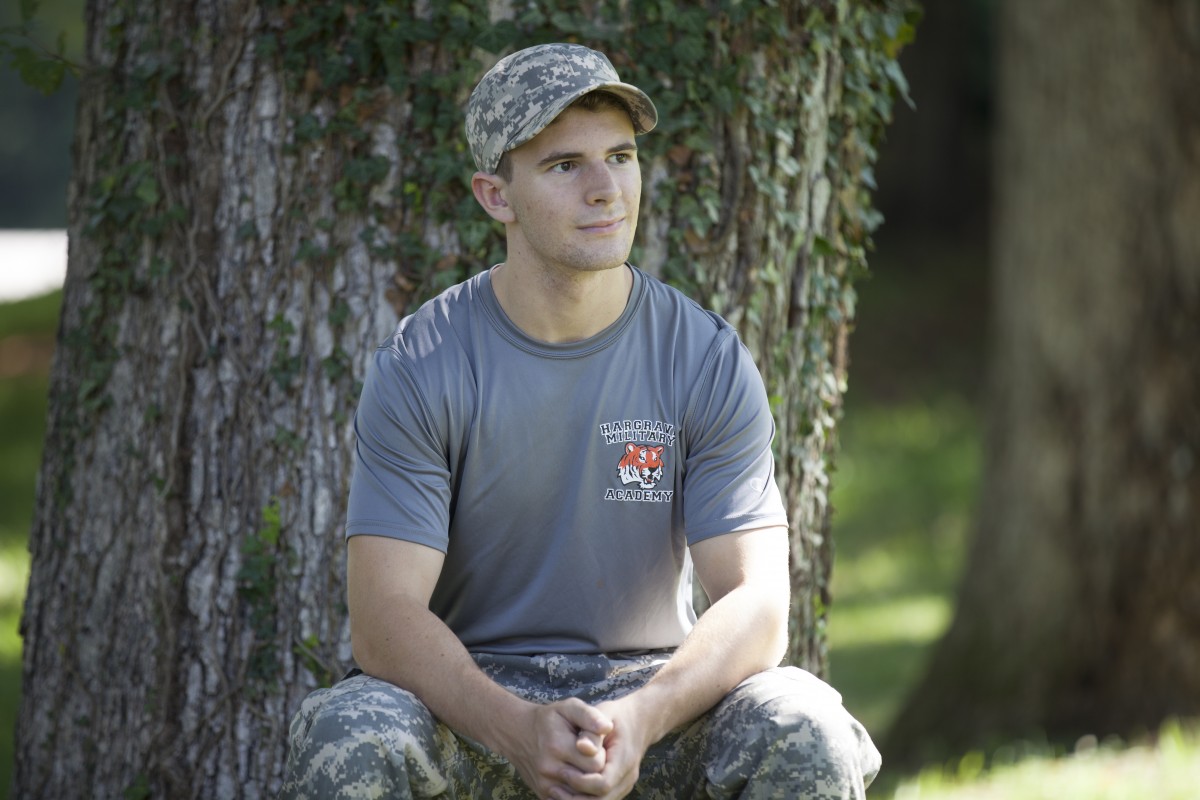