China accused Washington of “political persecution and racial discrimination” on Thursday, after the US confirmed it had revoked the visas of more than 1,000 Chinese students under an order by President Donald Trump that accused some of espionage.

Trump declared in May that some Chinese nationals officially in the United States for study have stolen intellectual property and helped modernise China’s military, as tensions between the two countries soar on multiple fronts. China’s foreign ministry hit back Thursday, saying the US should “immediately stop using all kinds of pretexts to restrict and suppress Chinese students in the US for no reason.”

“This is outright political persecution and racial discrimination. It seriously violates the human rights of these Chinese students,” said foreign ministry spokesman Zhao Lijian at a press conference on Monday. He said that China reserved the right to “further respond”.

The US State Department offered its first figures on the effects of Trump’s order on Wednesday, saying more than 1,000 visas from students and researchers had been revoked since it began implementing the proclamation on June 1. 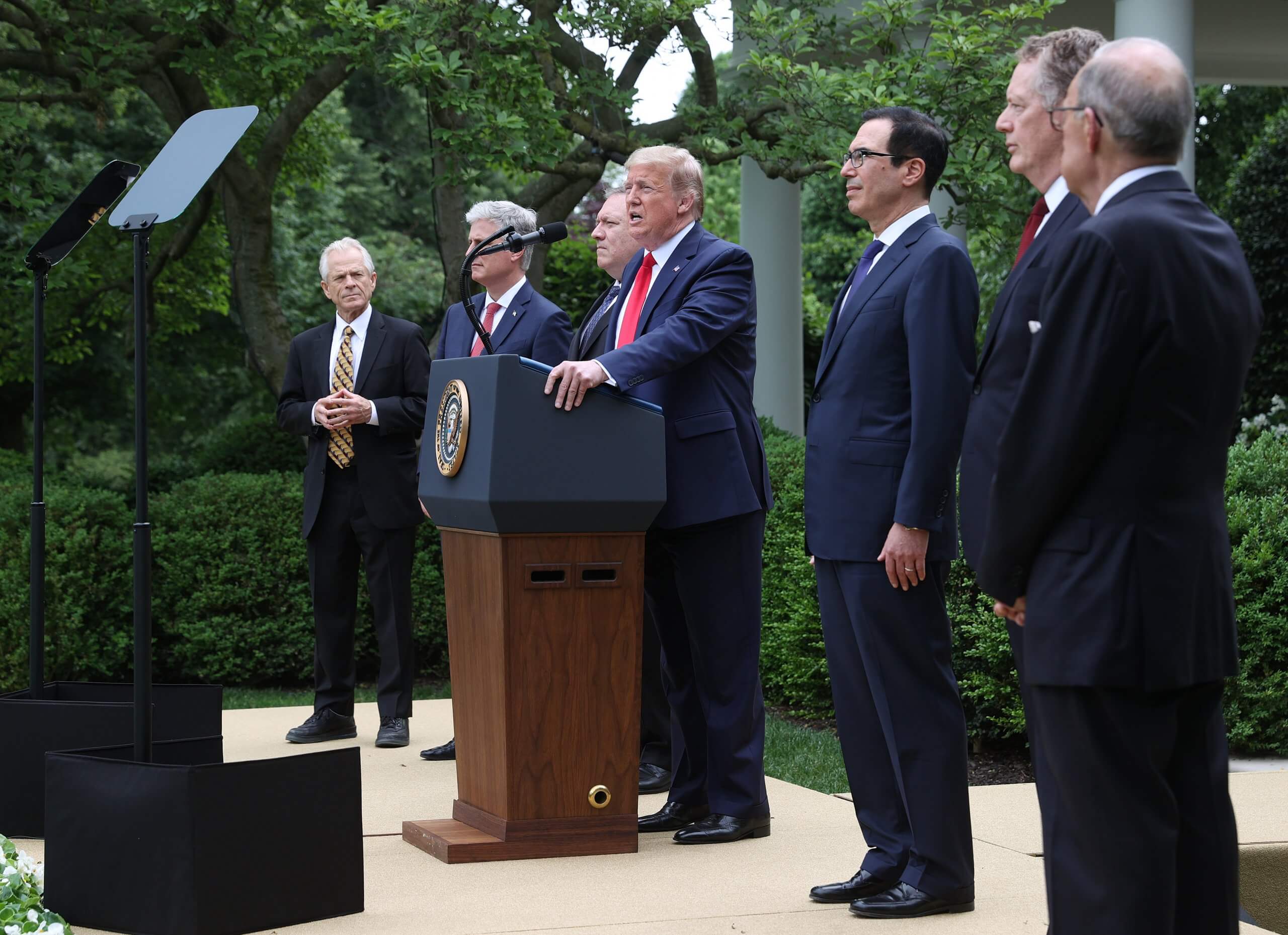 Months before revoking Chinese students of visas, President Donald Trump is flanked by administration officials while speaking about U.S. relations with China in the Rose Garden at the White House on May 29 2020. Source: Win McNamee/Getty Images/AFP

“The high-risk graduate students and research scholars made ineligible under this proclamation represent a small subset of the total number of Chinese students and scholars coming to the United States,” a State Department spokeswoman said.

“We continue to welcome legitimate students and scholars from China who do not further the Chinese Communist Party’s goals of military dominance.” The State Department declined to give details on whose visas have been revoked, citing privacy laws.

Nearly 370,000 students from China were enrolled at US universities in 2018-19 — the most of any country — offering a lucrative source of income to institutions that are now facing growing pressure from the coronavirus pandemic. 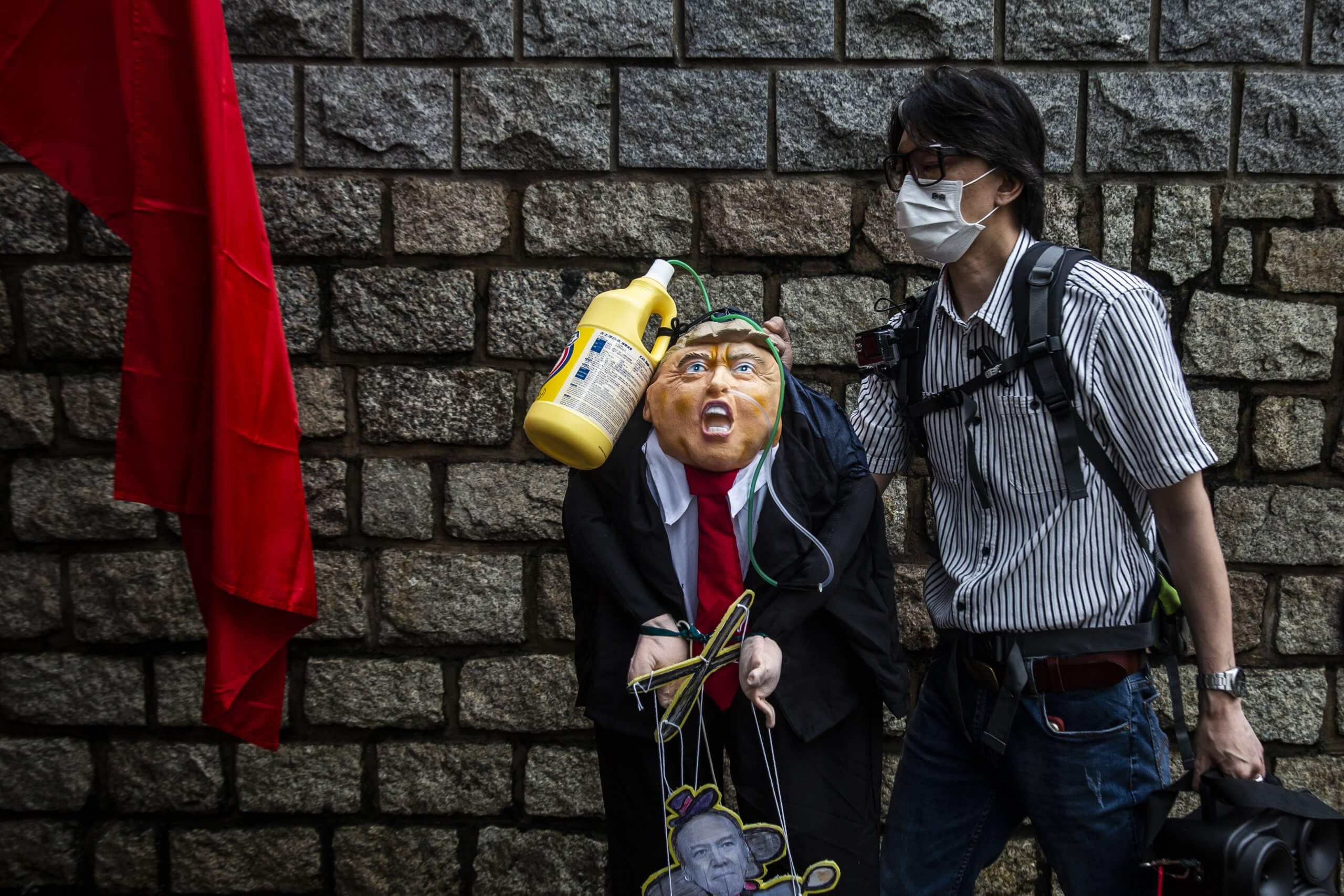 A pro-China activist holds an effigy of US President Donald Trump during a protest outside the US consulate in Hong Kong on May 30, 2020. Source: Isaac Lawrence/AFP

Some Asian American activists have warned that Trump’s orders are creating a climate of suspicion on campuses, with students of Asian descent facing unfounded questions about their intentions. But US officials say the number of espionage cases involving China has soared in recent years as part of a concerted effort by Beijing. US officials accuse China of seeking to steal university research into Covid-19, a reason cited for the Trump administration’s closing China’s consulate in Houston in June.