Bollywood actresses who studied in the UK and US

Superstars usually shine on stages and screens — but some Bollywood actresses spread their wings further. They take their talents to universities, chasing an academic venture into their passions.

Famous or not, these Bollywood actresses know the value of a university degree. They may not end up as a criminal psychologist or a business operations executive — and that’s fine. The point of going back to university could be the experience itself — meeting like-minded people, the camaraderie of project work, exploring a new city, and so forth. Or it could be the pleasures of academia, like the discovery of the latest breakthroughs in research or the knowledge of participating something bigger than yourself.

Sure, Bollywood glitters — but it can be easy to forget that in the thick of escaping paparazzi and chasing studio schedules.  What’s better is having the best of both worlds — acting and another passion manifested in the form of a university education, as seen in the stories of these Bollywood actresses: 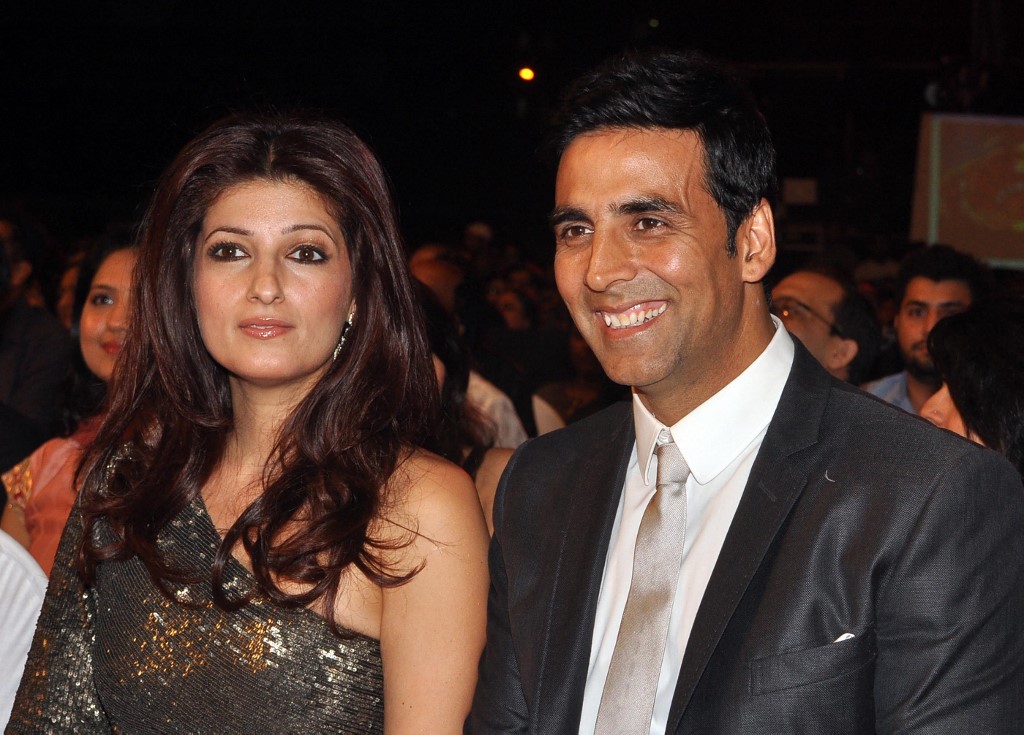 The “Baadshah” and “Love Ke Liye Kuch Bhi Karega” siren is reportedly set to join Goldsmiths, University of London to pursue a master’s degree in “Fiction Writing” as reported by Hindustan Times. The daily is probably referring to the MA Script Writing or the MA Creative and Life Writing.

“People go off to drop their kids to college. I’m going to drop my wife to the University of London as she goes to do her Masters in Fiction Writing, “ said Khanna’s husband Akshay Kumar. Khanna reportedly funded her own master’s programma, saying “So I’m using, what would have been my daughter’s college fund, to fund myself,” she says. “I’ve always made sure that I’m the one paying for their education. I want them to say that my mother paid for my education, and not just fed me aloo parathas.” 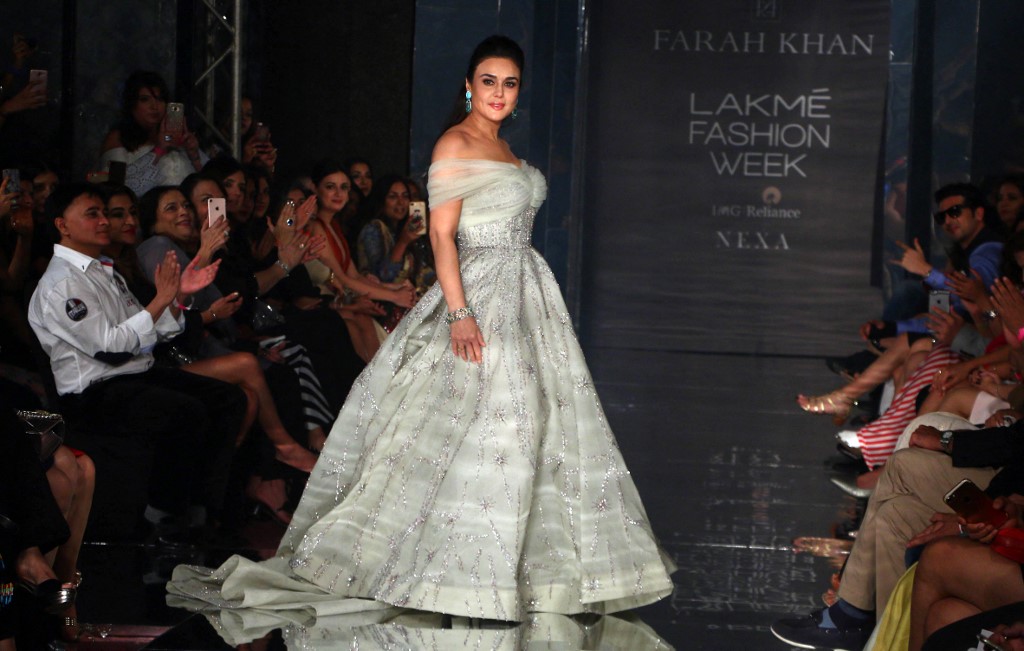 The “Kal Ho Naa Ho” star holds two bachelor’s degrees: English and Psychology, as reported by RepublicWorld.com. That’s not all, Zinta has a postgraduate degree in Criminal Psychology too.

In October 2020, she posted a photo with the caption: “Look what I found in my photos. So grateful to the University of East London for this incredible honour. Now I joke and tell my friends, ‘Trust me I’m a doctor’ but never use the Doc in my name in honour of all those doctors that worked hard for this achievement”. 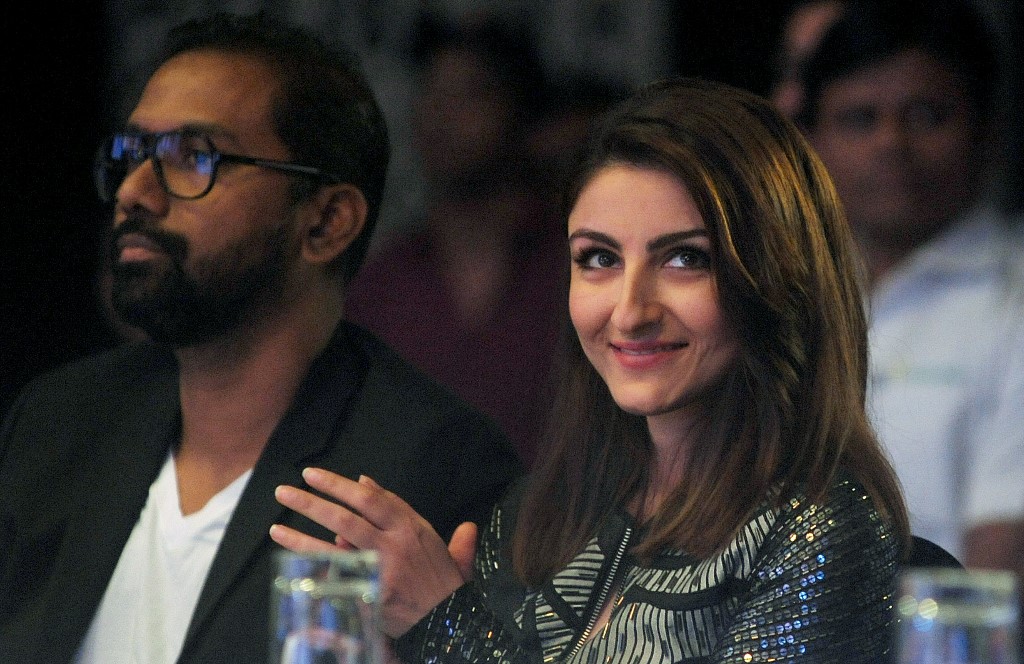 Soha Ali Khan (R) looks on during the announcement by the Aditya Birla group of the first edition of “Liva Protégé 2015” — a national-level designer hunt, in Mumbai on Dec. 23, 2015. Source: AFP

Soha Ali Khan is one of the most qualified Bollywood actresses today. She is the graduate of not one, but two prestigious UK universities: London School of Economics and Political Science and the University of Oxford. Khan earned a degree in modern history at the latter (her father and grandfather are alumni) and a master’s degree in International Relations from LSE.

Her credentials are probably behind her stints as a banker and as a consultant at the Ford Foundation, before she entered the film industry at 25. “I have always liked history and after having studied modern history for three years, I thought international relations would be a natural extension,” she told Mint. “I chose these subjects more for academic fulfilment than professional application.”

Her critics deride her two degrees but Khan defends herself saying, “I have always been asked that ‘if you are going work in films, why did you study so much?’ And I always thought that this does not make sense as a question. Education has nothing to do with what you do in life. 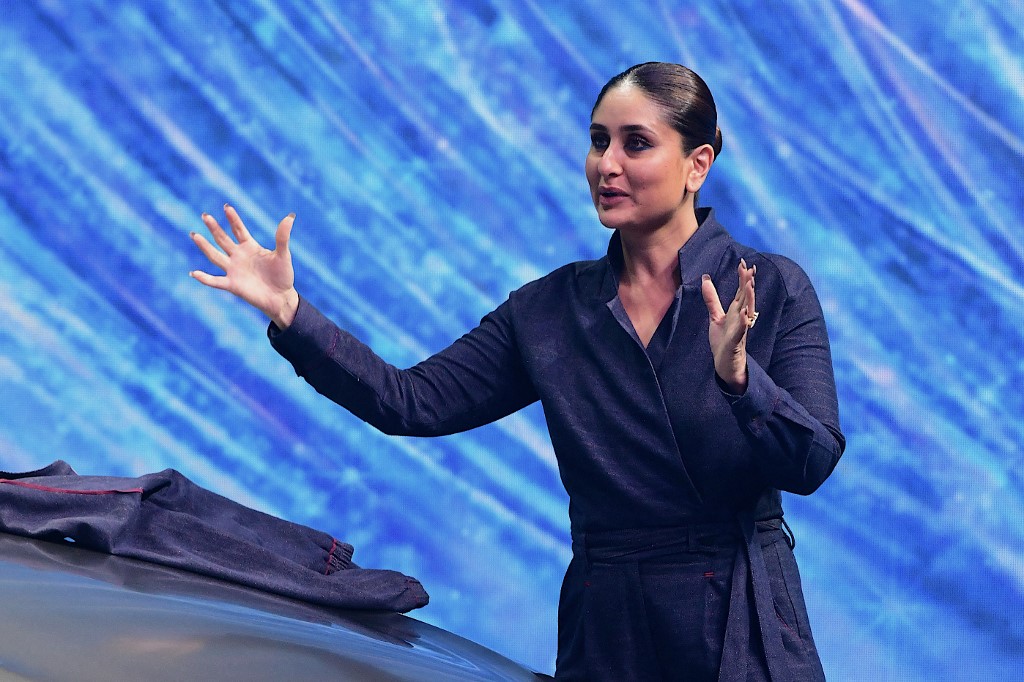 In this picture taken on August 24, 2022, Bollywood actress Kareena Kapoor Khan gestures as she walks the ramp as a showstopper for a launch event of the Mercedes AMG EQS 53 4MATIC+ sedan electric vehicle in Mumbai. Source: Sujit Jaiswal / AFP

After graduating from Jamnabai Narsee School in Mumbai and Welham Girls’ School in Dehradun, the “Dev” and “Omkara” actor went on to study commerce at Mithibai College in Mumbai. She later dropped out after two years. Kapoor then registered for a three-month summer course in microcomputers at Harvard Summer School.

“Yeah, I went to Harvard for a course in microcomputers and information technology,” she said in rediff.com. “I did it for three months. Then I joined a drama school. That, too, was for a short while. I left studies because I knew I wanted to join the movies.” 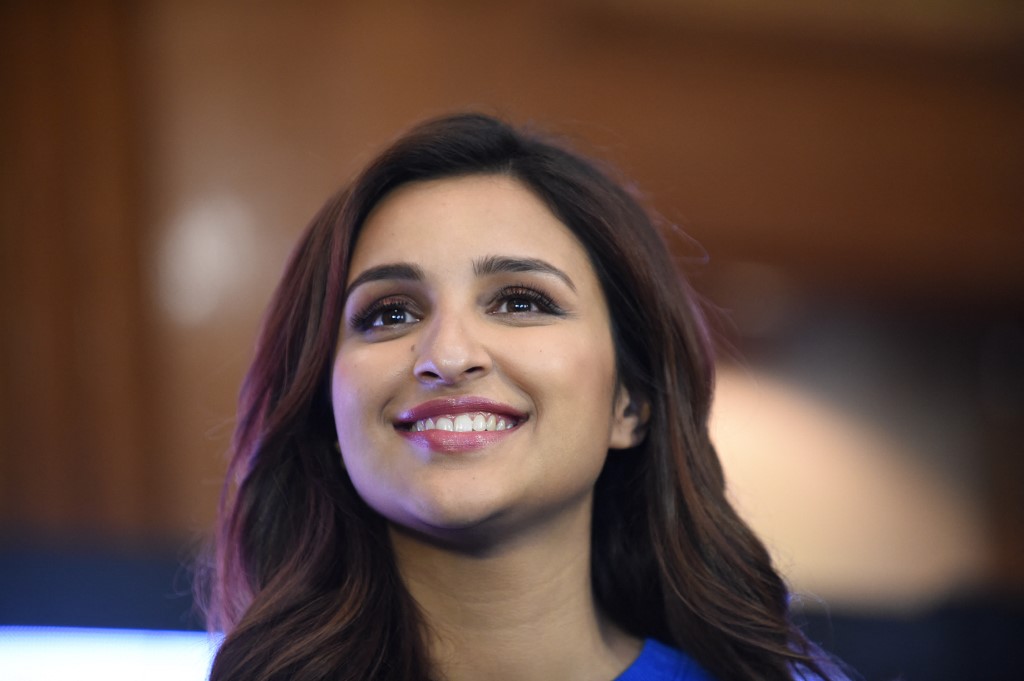 She described her time in Manchester as “filled with different academic experiences and loads of fun.” “I was also a part of the orientation classes for new students and managed to make time for a part-time gig at the Manchester United Football Club as the team leader of the catering department,” she said. “In my final semester, I applied to investment banking firms.”

Soha Ali Khan’s niece Sara Ali Khan was rejected by the University of Oxford. This is despite her grandfather Mansoor Ali Khan and aunt Soha going to Balliol College to pursue Arabic and French, as well as modern history, respectively.

The rejection was surprising. “I had a predicted score of 41 or 42. I was very good at school,” said Sara. “I had a good essay, a good recommendation. I didn’t think that I would get rejected. I really didn’t think that would happen. I remember being so, so, so upset.” Sara would go on to study history and political science at Columbia University, a time in life she looks back “with so much gratitude, fondness and nostalgia.”