These are Southeast Asia’s best-ranked universities

What if we told you that you can study abroad and have an international experience without needing to fork out as much money? It is possible in ASEAN countries — education hubs where some of the world’s top universities are housed.

For several years now, universities in ASEAN have consistently shown that students should look East. This year is no different. The Times Higher Education (THE) World University Rankings 2023 verdict is out — and some ASEAN institutions have topped the list.

There are 1,799 universities from 104 countries and regions included in the World Rankings this year, making it the largest edition in THE rankings’ 19-year history. ASEAN universities made the cut, with some managing to climb up the top 100 universities ladder. Without further ado, here are some of the best ASEAN universities according to THE: 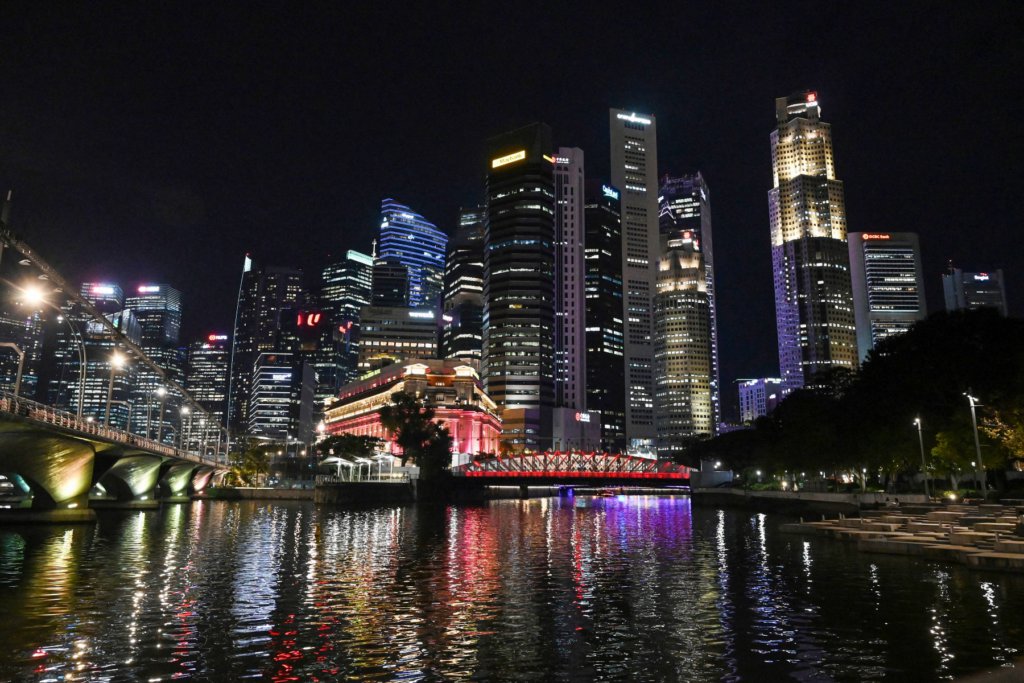 Once again, Singapore holds true to — and cements — its status as a world research powerhouse. The island nation’s chart-topper, the National University of Singapore (NUS), enters the world’s top 20 this year. Singapore’s flagship university makes the country proud again by joining the ranks of the University of Oxford and Harvard University.

Founded in 1905, NUS went from being a medical school that provides education to just 23 students into a university with three campuses scattered across Singapore. With 13 undergraduate schools, four graduate schools, and 35 research institutes and centres, it is little wonder why NUS continuously exceeds expectations. 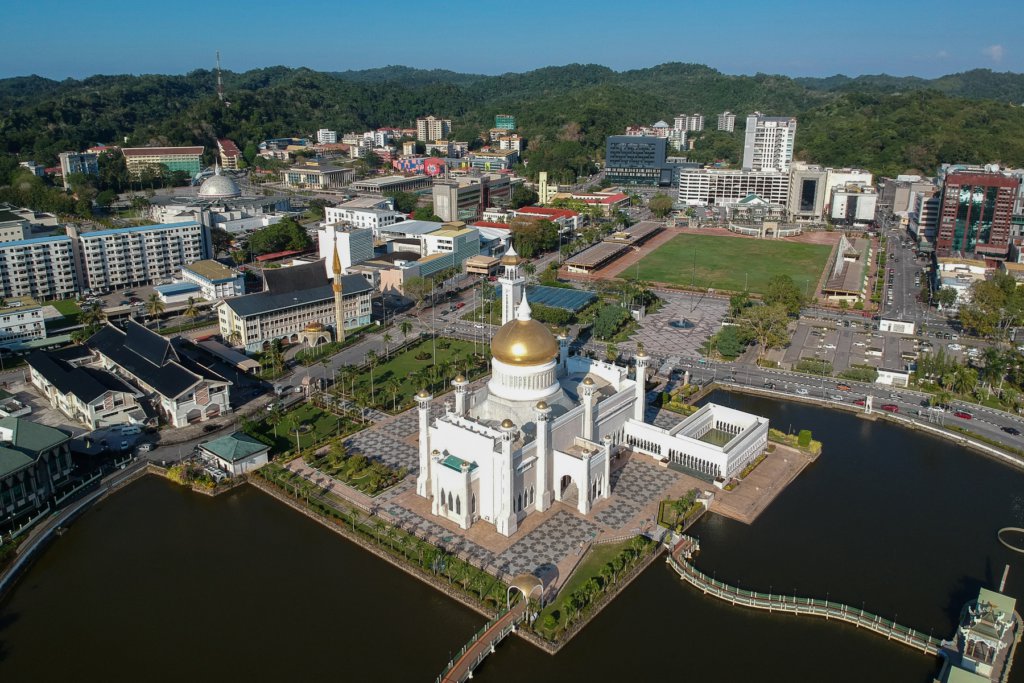 Rising one group band from 351-400 to 301-350 is Universiti Brunei Darussalam (UBD), a nation located on the north coast of the island of Borneo in Southeast Asia. This English-medium institution is  Brunei’s flagship university. It has 10 academic faculties — from the Academy of Brunei Studies to Faculty of Arts and Social Sciences — and seven research institutes. 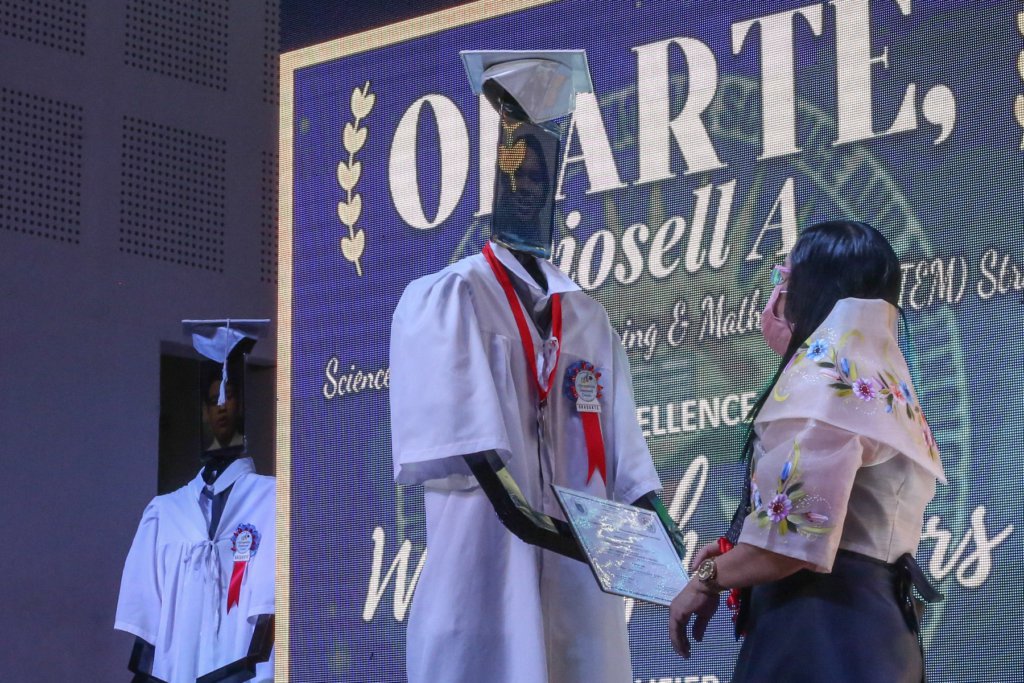 New to THE but not new to the Philippines is Ateneo de Manila University, one of the best ASEAN universities according to the ranking agency. Source: Jam Sta Rosa/AFP

Ateneo de Manila University’s history began in 1859 when Spanish Jesuits established the Escuela Municipal de Manila, a public primary school established in Intramuros for the city of Manila. Inspired by the rich history and effectiveness of a Jesuit education, the university became a “force for good in seeking innovative and sustainable solutions for the world’s most pressing challenges”. 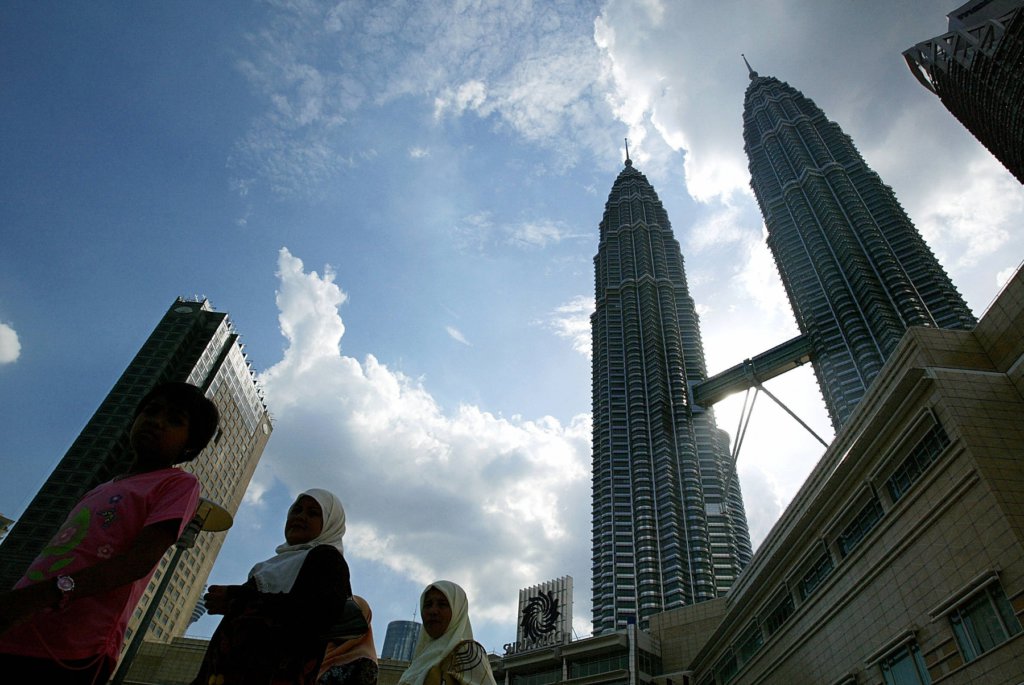 Visitors walk in the compounds of the Kuala Lumpur City Centre (KLCC) near the Petronas Twin Towers in Kuala Lumpur. Source: Jimin Lai/AFP

Down in tropical Malaysia, you’ll find one of the best ASEAN universities called the University of Malaya (UM). The school ranked 301-350 last year, and has since gone down one group band, 351-350. Malaysia has 22 universities in THE’s World Rankings overall, and four rankings debutants, solidifying the country’s status as a developing education hub. Even newcomers Universiti Malaysia Pahang and Sunway University made the list in the top 1000.

UM is the oldest and highest-ranking Malaysian higher education institution according to both THE and QS World Rankings, another ranking agency. It was founded in 1905 — even before Malaysia (Malaya as it was known back then) gained independence in 1957 — and rapidly grew to become Malaysia’s leading research university. 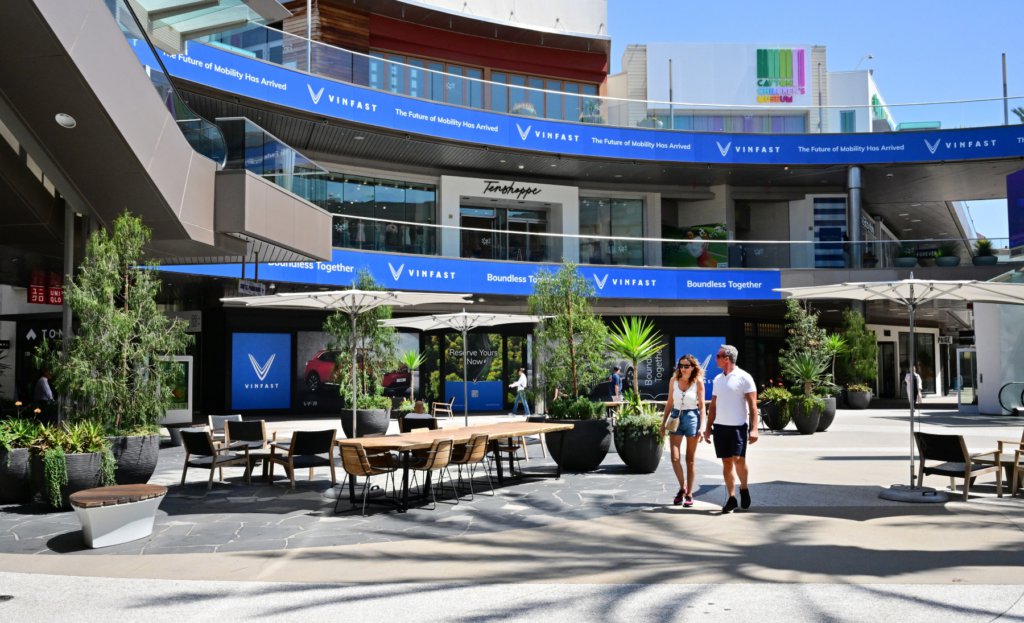 Five of the best ASEAN universities can be found in sunny Vietnam. Source: Frederic J. Brown/AFP

Vietnam’s Duy Tan University maintains its group band of 401-500 from last year’s THE rankings, joining five other ranked institutions. One of the five schools is Duc Than University, which also made the 401-500 cut.

Duy Tan University is a private research university located in the heart of Danang. Since its inception some 27 years ago, the university has enrolled 3,108 PhD and master’s students, 109,130 undergraduate students and 12,400 students in its vocational programmes. Over 95% of Duy Tan University graduates are employed within a year of graduation.

1. The University of Oxford retains the top spot for the seventh consecutive year.

2. Indonesia’s best-performing institution is University of Indonesia, ranked 1001-1200. The country has four new additions to the rankings with the State University of Malang (1201-1500) being the highest-ranking newcomer.

3. Unlike some of the best ASEAN universities right now, the number of US universities represented in the top 100 has decreased, from a peak of 43 in 2018 to 34 this year.

5. Thailand, on the other hand, has 18 ranked institutions, with four of the highest ranking universities all positioned in the 801-1000 group band: Chulalongkorn University, King Mongkut’s University of Technology Thonburi, Mae Fah Luang University and Mahidol University.

The Times Higher Education World University Rankings is based on an analysis of 15.5 million research publications and 121 million citations to those publications, plus over 40,000 responses to an annual academic reputation survey and hundreds of thousands of additional data points covering a university’s teaching environment, international outlook and industry links. Institutions are measured across 13 separate performance metrics. 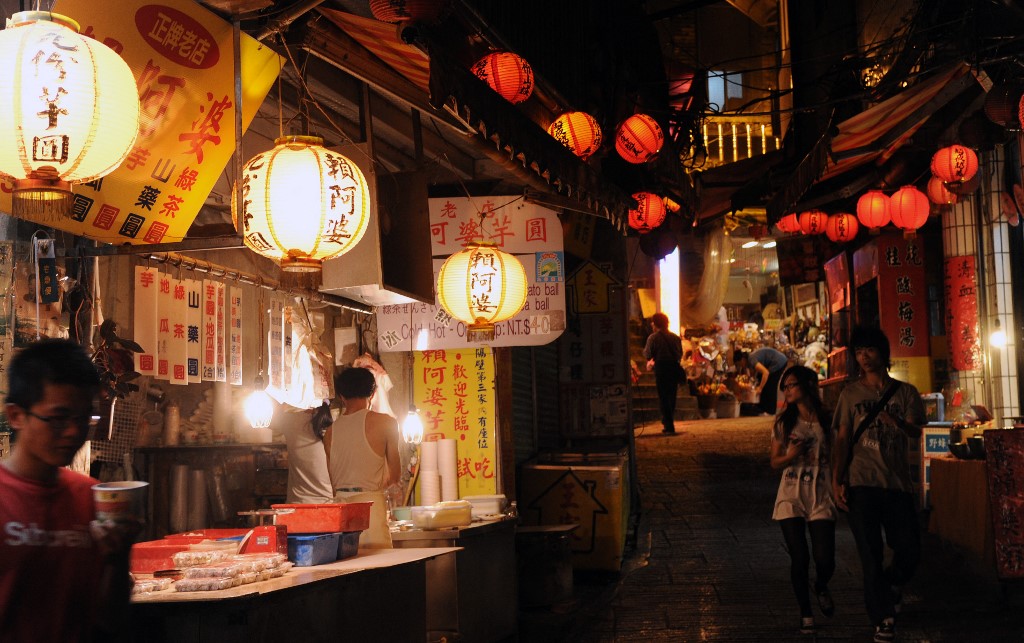 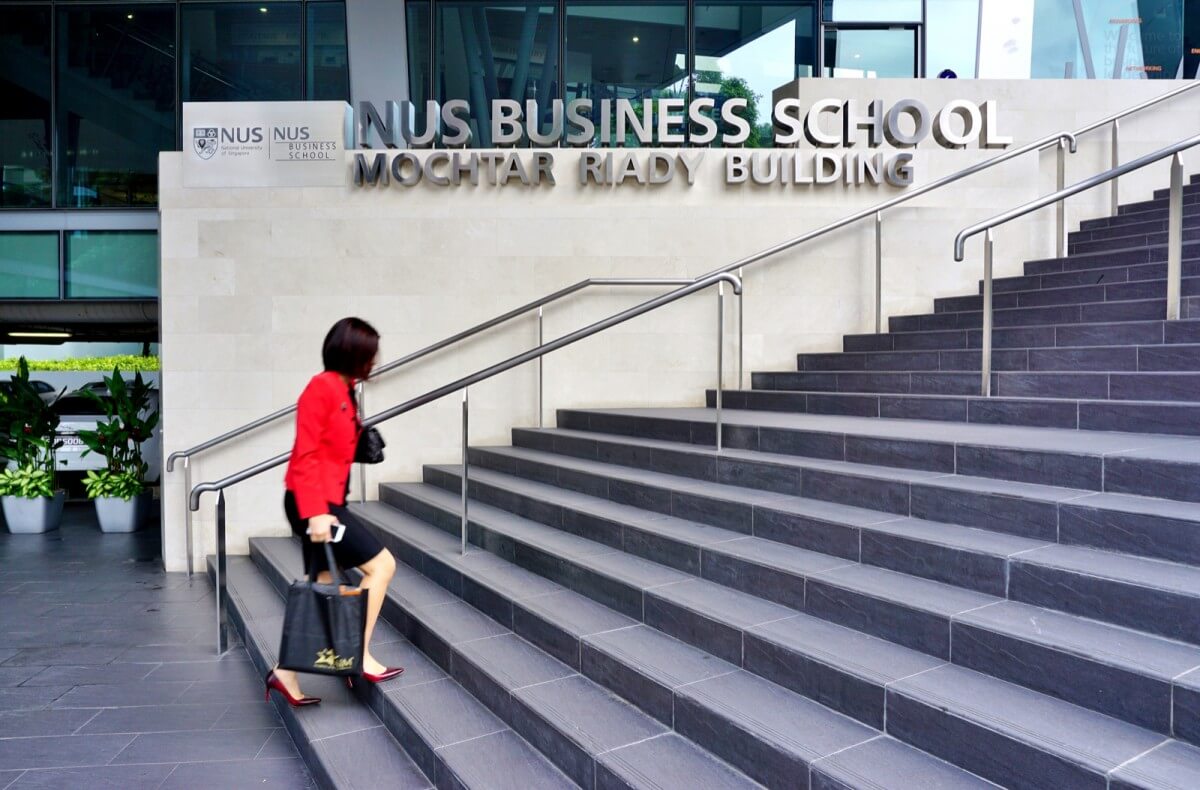 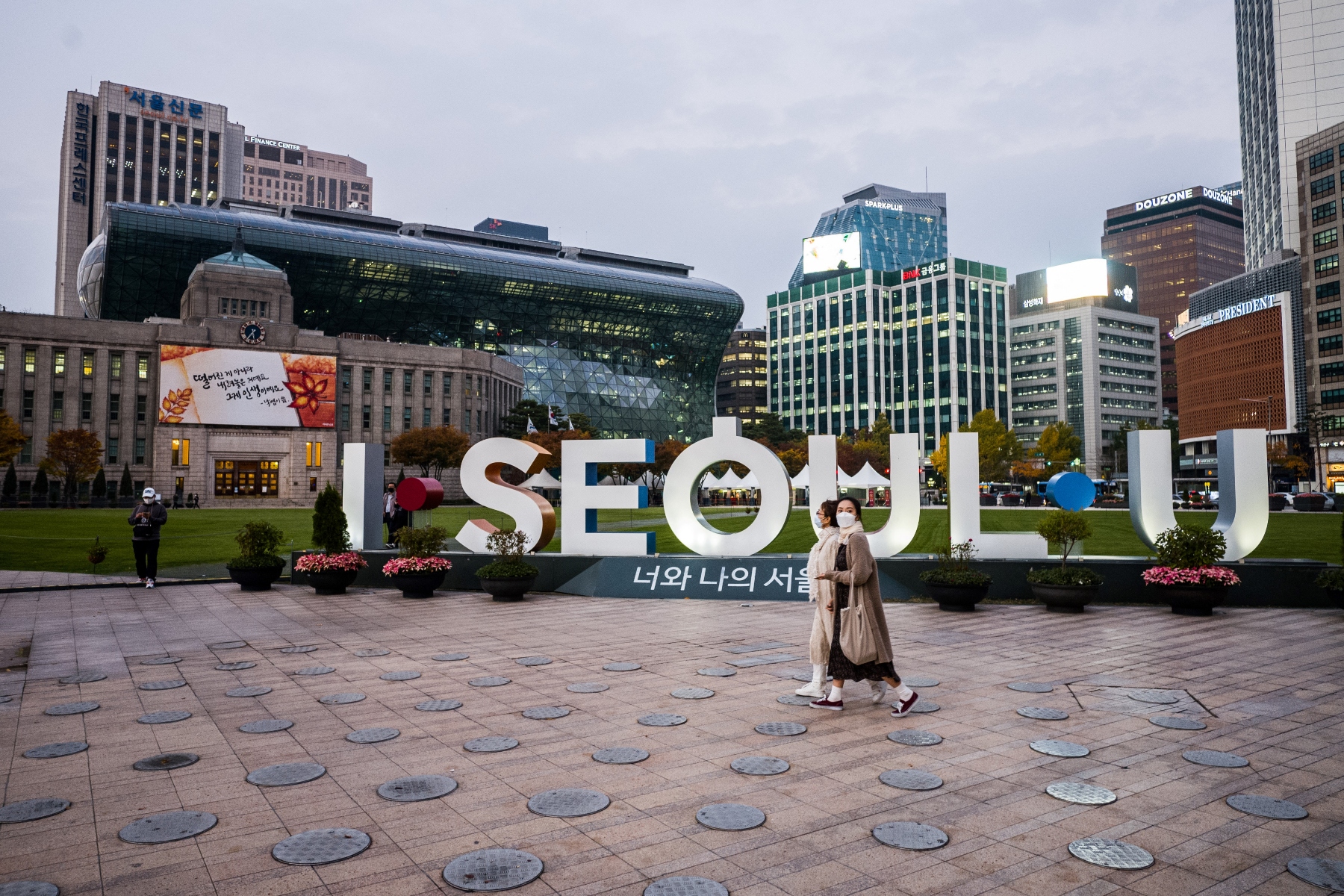 Look East: Asia’s best student cities in 2023, according to QS