The Peruvian village boy who got into Harvard

Studying at an Ivy League university can be a milestone for many international students — but it is notoriously hard to achieve this. The acceptance rate at Harvard for the Class of 2026 was only 3.19% — the lowest rate in its history.

This did not deter Pedro David Espinoza. Hailing from a town in Peru called Pampas Grande, with a population of around 1,000 people, the elite universities in the US seem a faraway dream.

But Espinoza would beat the many odds against him to first get into the University of California, Berkeley (UC Berkeley) and later Harvard Business School (HBS). He even secured a scholarship for both.

Behind this achievement, you’ll find a Peruvian passionate about entrepreneurship. At 19, Espinoza founded SmileyGo, an app that helped companies to invest smarter. Through a brunch conversation with Frank E. Baxter (the former CEO of Jefferies Group, an American multinational independent investment bank and financial services company), he secured funding for his startup — one of many startups associated with his name.

His proudest achievement? Founding Pan Peru USA, a venture that empowered women in his hometown to become entrepreneurs. Since 2018, Pan Peru has built nine modern libraries, empowered 3,000 children and hosted 10 medical mission trip campaigns. We caught up with him to learn more about his extraordinary journey: 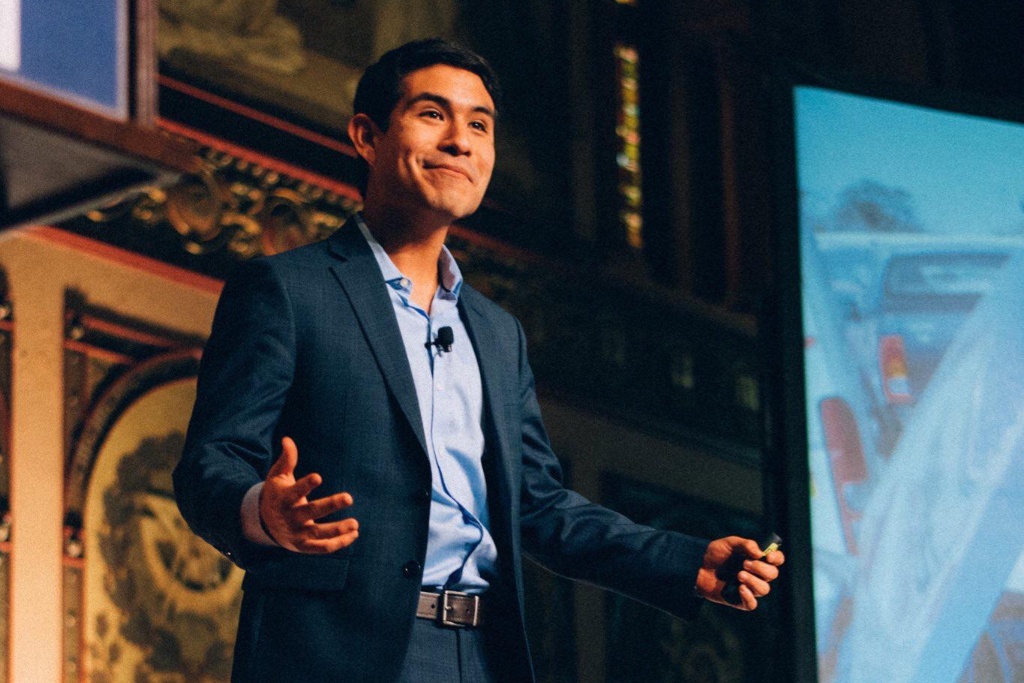 Carla. Juana. From opportunities within a farm, these girls from the mountains are now seeking a farm of opportunities — thanks to Espinoza’s social venture, Pan Peru USA. Source: Pedro David Espinoza

Tell us a little bit about your upbringing. How did you come to the US?

I was born and raised in Peru before I came to the US when I was 18. My mom is from the mountains or “sierra” (that refers to a range of mountains with an irregular outline). Our village is called Pampas Grande, which is almost 4,000 metres above sea level.

Part of my culture and background is a mixture of things. My dad is from the Amazon jungle, where he learned how to swim by the Amazon river. They both are good role models who were entrepreneurs and engineers.

At 18, I was fortunate to be accepted into UC Berkeley with a merit-based scholarship which kickstarted my entrepreneurship journey.

You studied at UC Berkeley, Harvard and Stanford. Could you share with us your background as an international student?

At Berkeley, I studied there for four years and got my Bachelor of Science at UC Berkeley. Later, I did a diploma at Stanford, where I received my Certificate in Management Science and Engineering with a focus on international management.

The funny thing is that I dropped out of the International Baccalaureate programme in my Peruvian high school. One of the directors got upset and told me to forget about college. Fortunately, I fought the good fight, failed forward and could attend university. 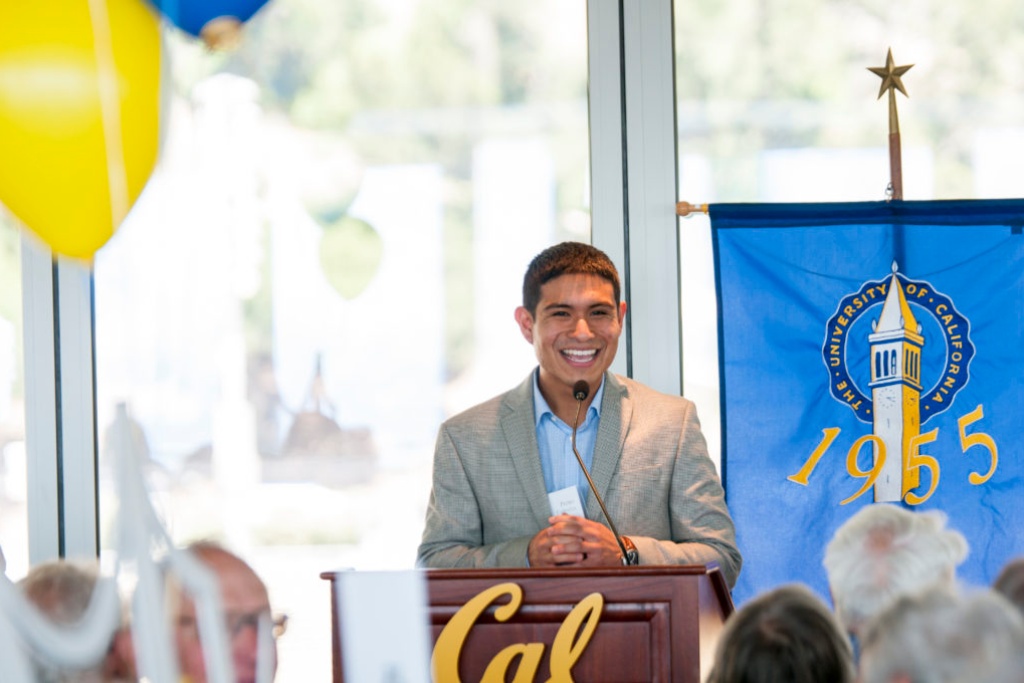 At 17, Espinoza dropped out of the International Baccalaureate programme, but he refused to give up. Source: Pedro David Espinoza

Why did you choose to study these programmes?

I love entrepreneurship and technology. Silicon Valley was the best place. Plus, Berkeley and Stanford were the best schools. Honestly, I applied to 10 schools, including Yale and Vanderbilt, but I was rejected from those schools. Fortunately, the doors opened in California.

I admired the culture of cherishing failure, trying new things and being a risk-taker in this area. Stanford is known for practical knowledge with amazing mentors and professors like Jack Fuchs, a Stanford Engineering Lecturer who supported my startup venture.

One of my startups, called SmileyGo, was part of Skydeck — a high-tech entrepreneurship startup accelerator and incubator programme at UC Berkley for the 2017 cohort.

How did you fund your education at Stanford and Harvard?

Scholarships! There are a bunch of opportunities that go outside of school. For example, I’m a Latin American and there’s a scholarship called ALPFA (Association of Latino Professionals For America). I’m sure it’s the same for Asian Americans, Eastern Europeans, Africans and other regions.

In my case, the Harvard Business Ethics programme did award me a scholarship to pursue the course at HBS. My family also supported me. Plus, I had a consulting speaking business as an entrepreneur, which helped pay the bills and tuition.

What kickstarted your entrepreneurship journey?

That would be meeting my first investor. While I was at the Golden Bear Cafe (a restaurant at UC Berkeley), I saw an 80-year-old businessman wearing a suit. My mum always said to surround yourself with the best and learn from the wise.

I approached him. In our conversation, he told me his name (Frank E. Baxter) and how he was a trustee at the University of California Foundation. Immediately, I saw an American and Uruguayan flag ribbon on his jacket. When I asked him about it, he revealed that he was the US Ambassador to Uruguay.

Then, we started to converse in Spanish and clicked, despite being from different generations, countries and nationalities. By the end of it, he gave me his business card. Three years, he was the first investor to raise capital for my first tech startup. 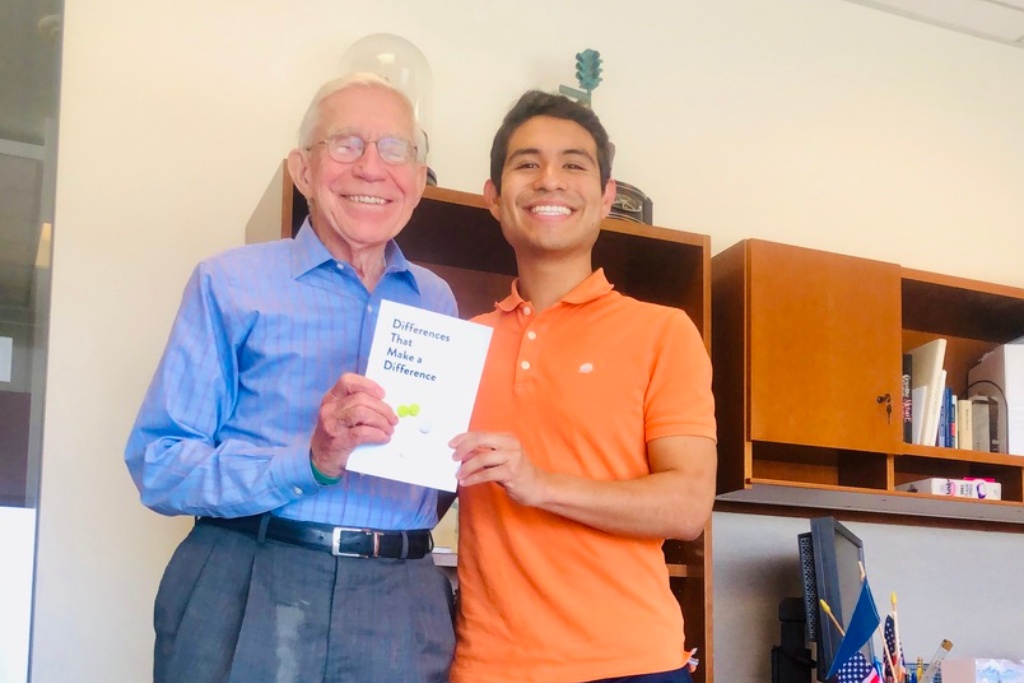 Frank E. Baxter (pictured on the left) is more than Espinoza’s friend. He invested in the Peruvian’s first tech startup and volunteered to be interviewed when the entrepreneur wrote a book about how inclusion fosters innovation. Source: Pedro David Espinoza

What was one of the most memorable projects you worked on?

Empowering and changing the life of one girl in Peru who aspired to be an engineer. As an entrepreneur, I love impact. I am passionate about changing lives and paying it forward.

Early in my entrepreneurial journey, I saw how girls in my country didn’t have access to a computer or library. Helping to build the first modern library in the mountains of Peru was amazing. In this, these girls dreamed more: they sought a farm of opportunities instead of opportunities within a farm.

It’s the humanitarian value that goes beyond how much money I raised, angel investments or the fact I attended the World Economic Forum in Davos, Switzerland.

Do you have any advice for students who want to venture into entrepreneurship?

Look at resources. Y Combinator is a great place to start. Many universities like UC Berkeley and Harvard have accelerator programmes.

Think of big problems that affect millions, if not billions, of people.

Lastly, never forget your roots. While I am an entrepreneur, my mom would tell me never to forget where I came from — the mountains. It is why I invest my time in Pan Peru to help women from these communities become entrepreneurs. 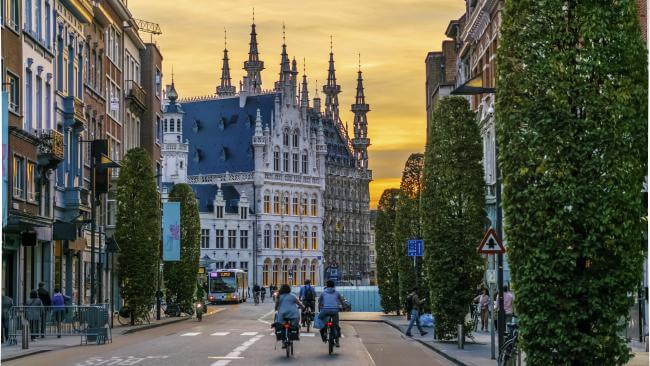 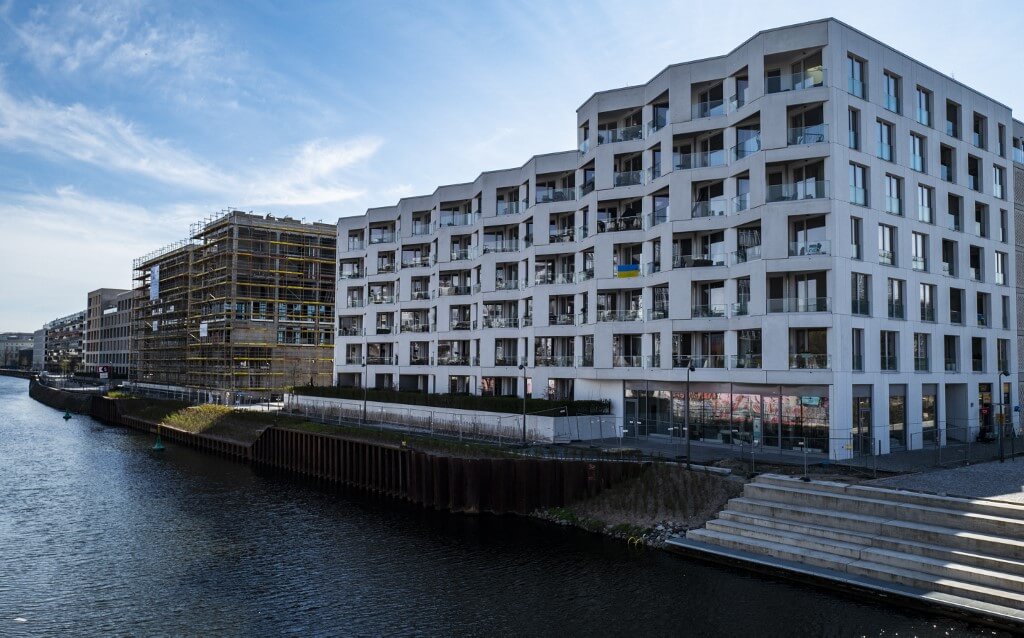 4 affordable universities in Germany every Indian student should know 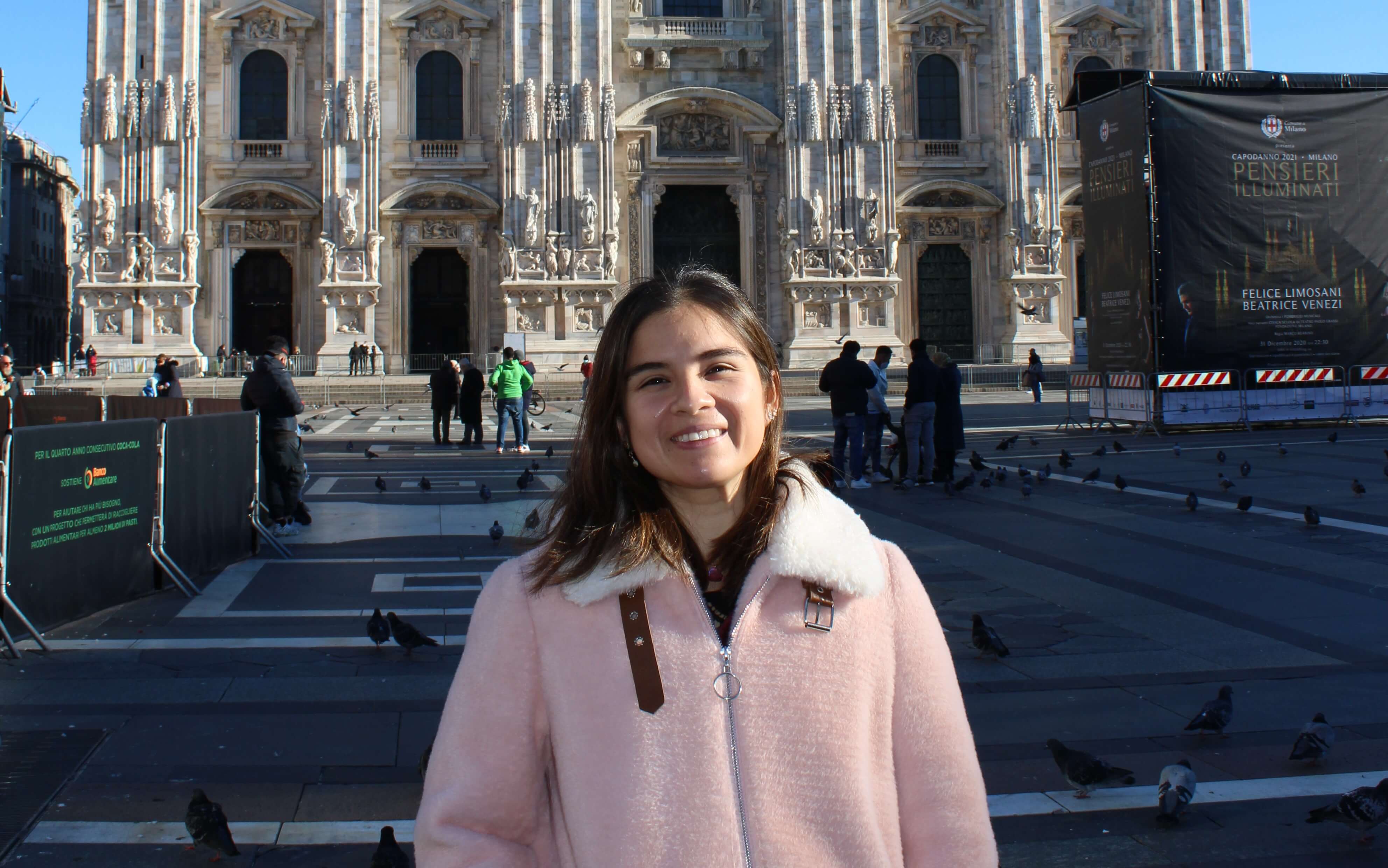 The Peruvian who won an MBA scholarship to Italy 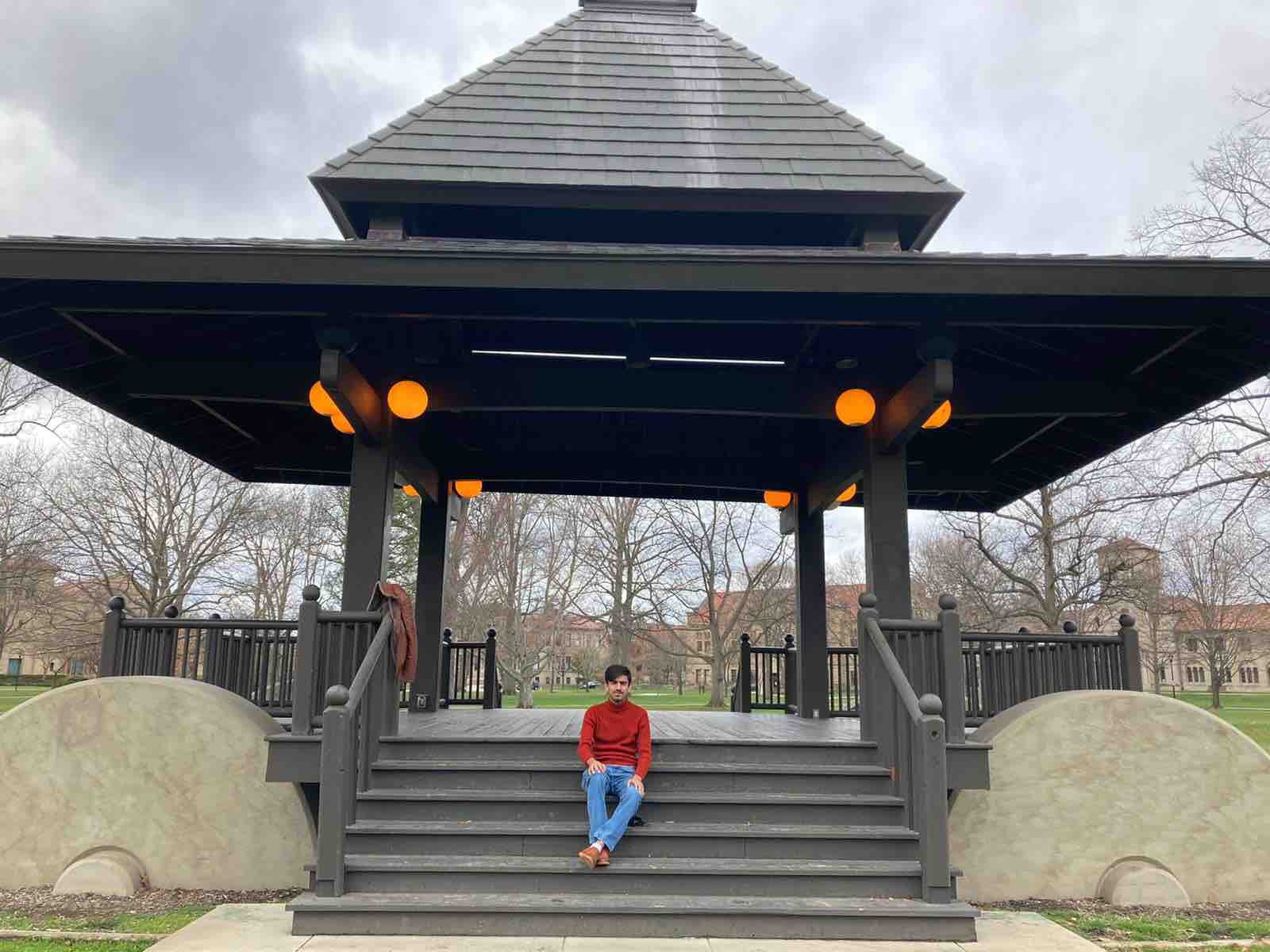