In the 80s, a positive HIV diagnosis would have spelt “death sentence”. Today, the outlook for people living with the virus has significantly improved, but still remains one of the world’s most fatal infectious diseases, claiming the lives of over one million people per year.

Individuals like Aaron Akpu Philip are working tirelessly to reduce this number. Philip in particular strives to improve patient outcomes; he’s a Public Health Practitioner with 10 years of experience working and volunteering in the Global North and South. At Queensland University of Technology (QUT), Philips dedicates his research to the “Adherence to Antiretroviral Therapy among Persons with Disabilities Living with Human Immunodeficiency Virus (HIV) in Nigeria”.

This is not only a passion project borne out of the countless hours of volunteer work he’s done; Philip lost his own parents to HIV. He hopes to prevent others from losing their loved ones in the same way — and that begins with addressing the stigmas surrounding the virus.

“For someone who has HIV and a disability, however, there are multiple forms of discrimination involved. Some cannot go to school because of their disability. Because they did not go to school, they are not educated, and because they’re not educated, they don’t have jobs, which prevents them from earning money to access treatment. And so my study looks at persons who have HIV and disability and explores all of the barriers, as well as any ways we can support or mitigate their treatments.” 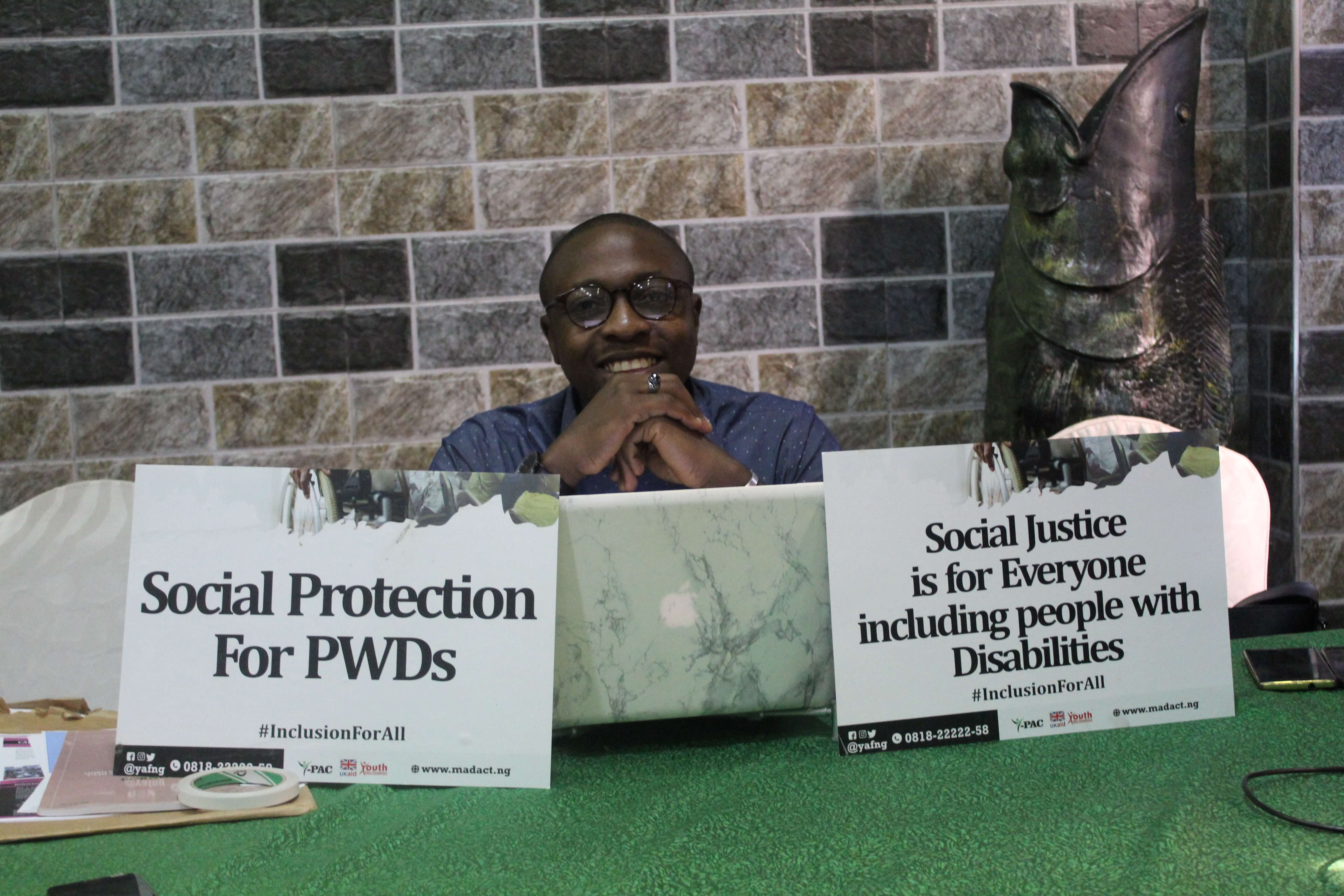 Philip has dedicated his studies and work to the protection of individuals with HIV. Source: Aaron Akpu Philip

From Nigeria to the UK and now to Australia, Philip has truly become a student of the world. He holds a degree in microbiology from Nasarawa State University, a MSc in Public Health – Health Promotion from Leeds Beckett University. This has led him to pursue a PhD at Queensland University of Technology (QUT).

Before that, however, he was a student in Nigeria with a dream of studying abroad. His golden ticket came in the form of applying to a multitude of different overseas graduate scholarships.

“I wouldn’t say I was an entirely disadvantaged kid,” Philips says. “I mean, I had my privileges. I still had siblings and uncles and family who were happy to help. But that scholarship was really, really instrumental to seeing me progressing in my studies.”

He cites his intention to study abroad as very “deliberate”, and thus began his search. It was a long and gruelling process, but finally, after completing years of voluntary work, landed the Commonwealth Scholarship which enabled him to begin a master’s in the UK.

The one thing Philips wishes he had done, however, was widen his prospects. “When I first began applying, I had a very limited understanding about overseas graduate scholarship at the time,” he explains. “That is partly because I didn’t have a lot of people around me who were applying for scholarships themselves. Even when I applied for my PhD, I was just focusing on the UK for instance, where I was familiar with the people, the culture, the educational system, because I had done my masters there.

“I just stumbled on the overseas graduate scholarship to Australia and managed to get it. But if I had spread my wings to other parts of the world such as the US and Canada, I might have had more scholarship opportunities that I would have applied to which would give me more options.”

His personal experience ignited a passion to help other students widen their opportunities. Philip is very active on Twitter, where he shares threads about everything to do with the scholarship process, from writing personal statements and proposals to contacting supervisors.

Alongside this, he shares threads about his own experiences and journey. “I’ve got personal stories of a particular thing and how that has informed a particular decision in my life,” he says.

Driven by the mantra “Until we all win, no one has won”, I use my stories to inspire people towards growth.

I am also passionate about supporting others to achieve their goals through my tweets and posts.

This thread contains a few of my posts that you might find useful.

Ultimately, he hopes that his stories can inspire and motivate other students who have found themselves in his shoes. He has a section on his website that is dedicated to his personal stories. “It’s where I can tell people, ‘This is what happened to me, and this is how I went through it,’” he says.

Through this, he’s built a solid online community. “We have good people, particularly friends from my country, and others around the world who are also scholars and have benefited from scholarships,” he shares. “This network continues to share daily information and tips, guidance, and opportunities, on and across all the social media platforms.” 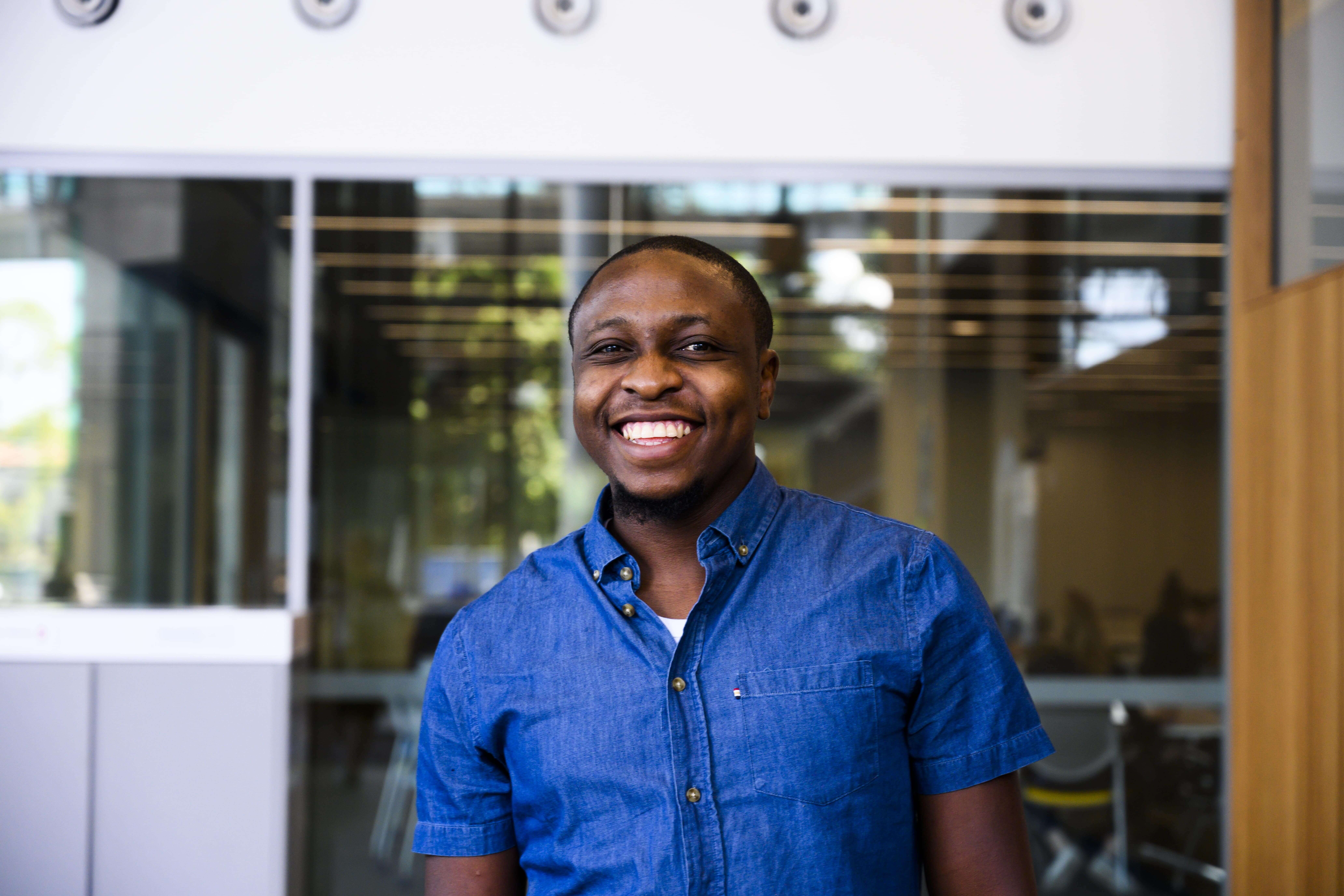 Philip is passionate about helping other students widen their prospects through connecting them with scholarship opportunities. Source: Aaron Akpu Philip

Every single one of them aims to lift each other up by sharing resources, opportunities, and more. “Think of it as a ladder,” he says. “If you do not take a step, the person below you cannot climb up. So if you stay too long on a particular step, it means you are not just limiting yourself, you’re limiting others as well.”

And his advice to students aspiring to study abroad? Don’t give up.

“At this moment in your life, you might think that others have achieved much more than you,” he says. “What I want to say is that it’s okay to feel that way. But if you take a deeper view into your life, you will see that you have achieved so much more than you think you have. Do not dwell on it — just keep growing by taking daily steps, no matter how small. And hopefully, one day, we will all meet at the top.” 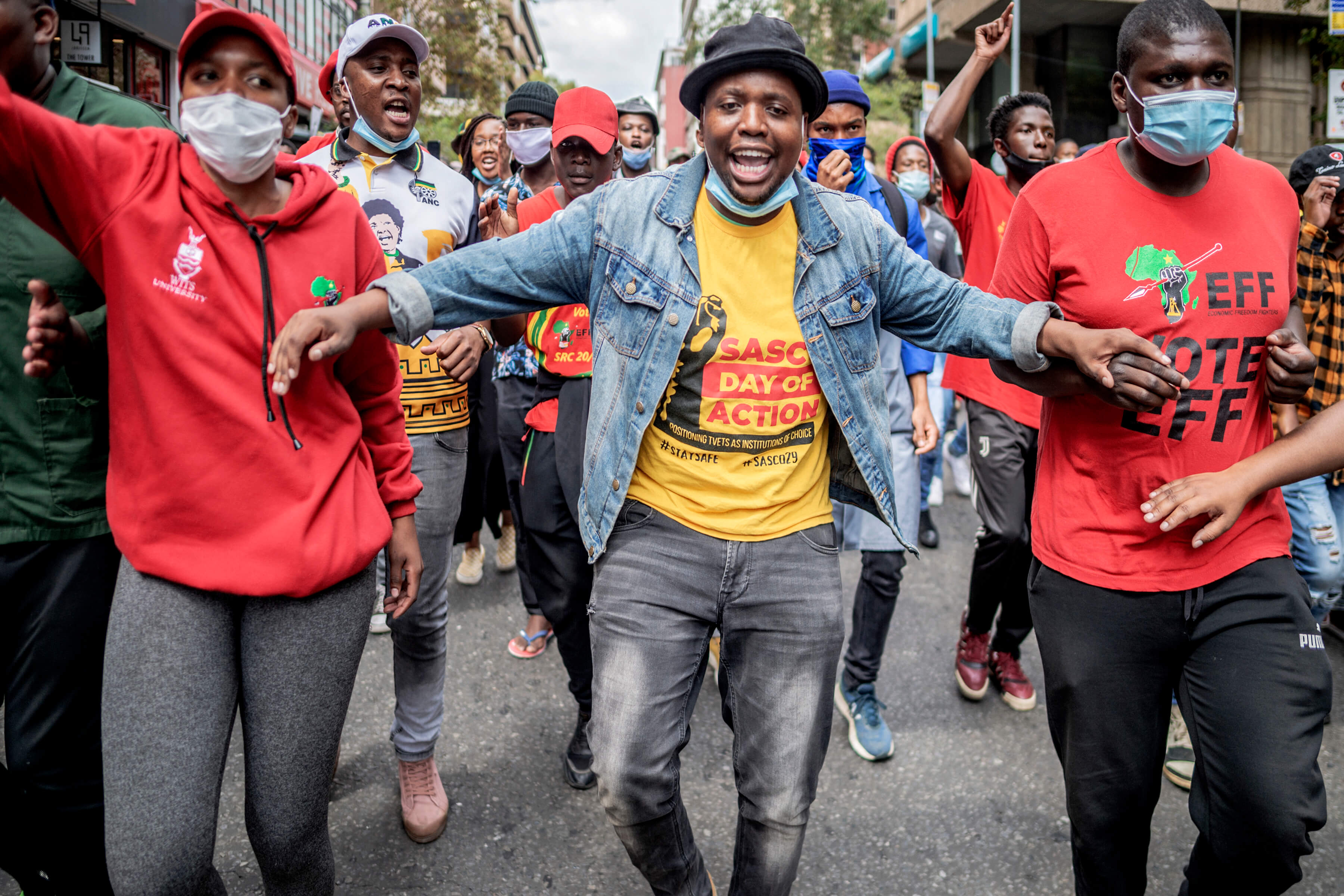 This Canadian uni is offering scholarships for African students 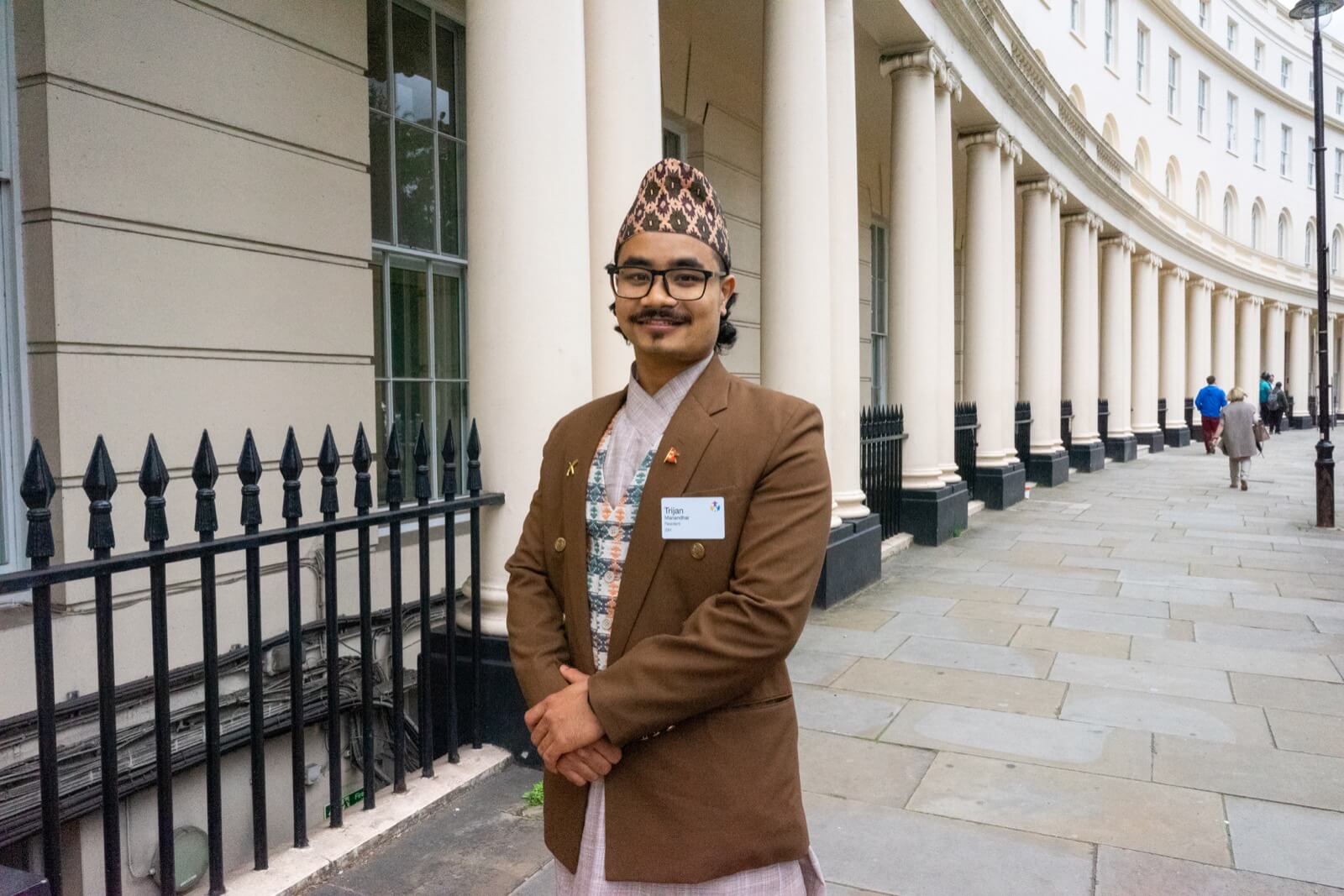 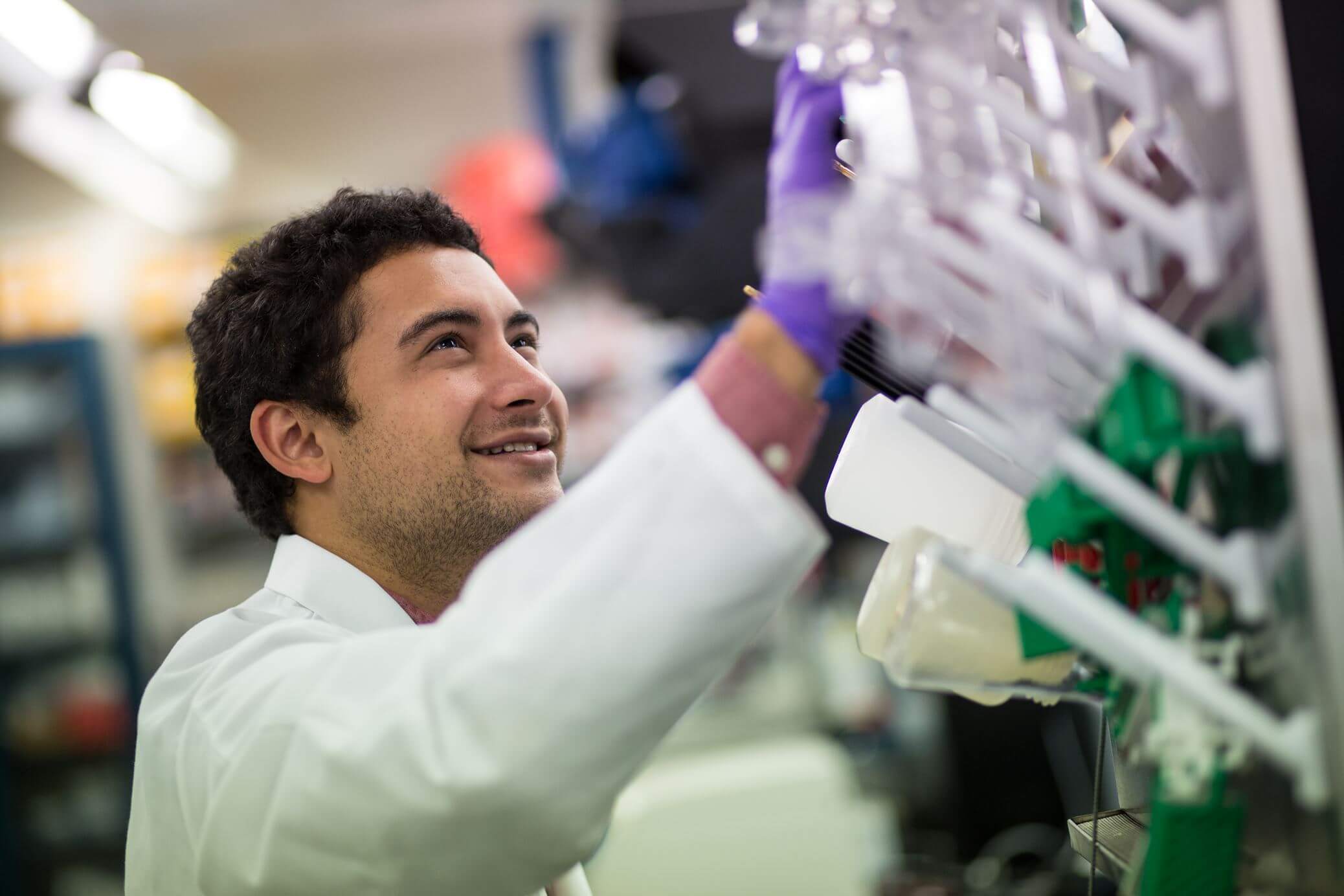