Moving to Canada can be challenging for any international student.

Non-native English speakers may struggle to adjust to an environment where their second language is the primary mode of communication.

There’s also a new culture and education system to adjust to, while opportunities for work — be it an internship to applying for a full-time role — can be competitive.

These are some challenges that Pat Chaisang from Thailand can attest to. The 27-year-old moved from Bangkok — Thailand’s capital — to Canada in 2013.

Chaisang attended Fraser International College in British Columbia before transferring to Simon Fraser University where she graduated with a degree in business administration.

Today, she is the co-founder and CEO of Isempower, a job search platform for international students.

Landing a successful career in Canada as an international student “is a lot more than writing a job application,” said Chaisang.

For someone who has been there and done that, she’s using her knowledge and experiences to help other international students secure employment after moving to Canada for their studies. 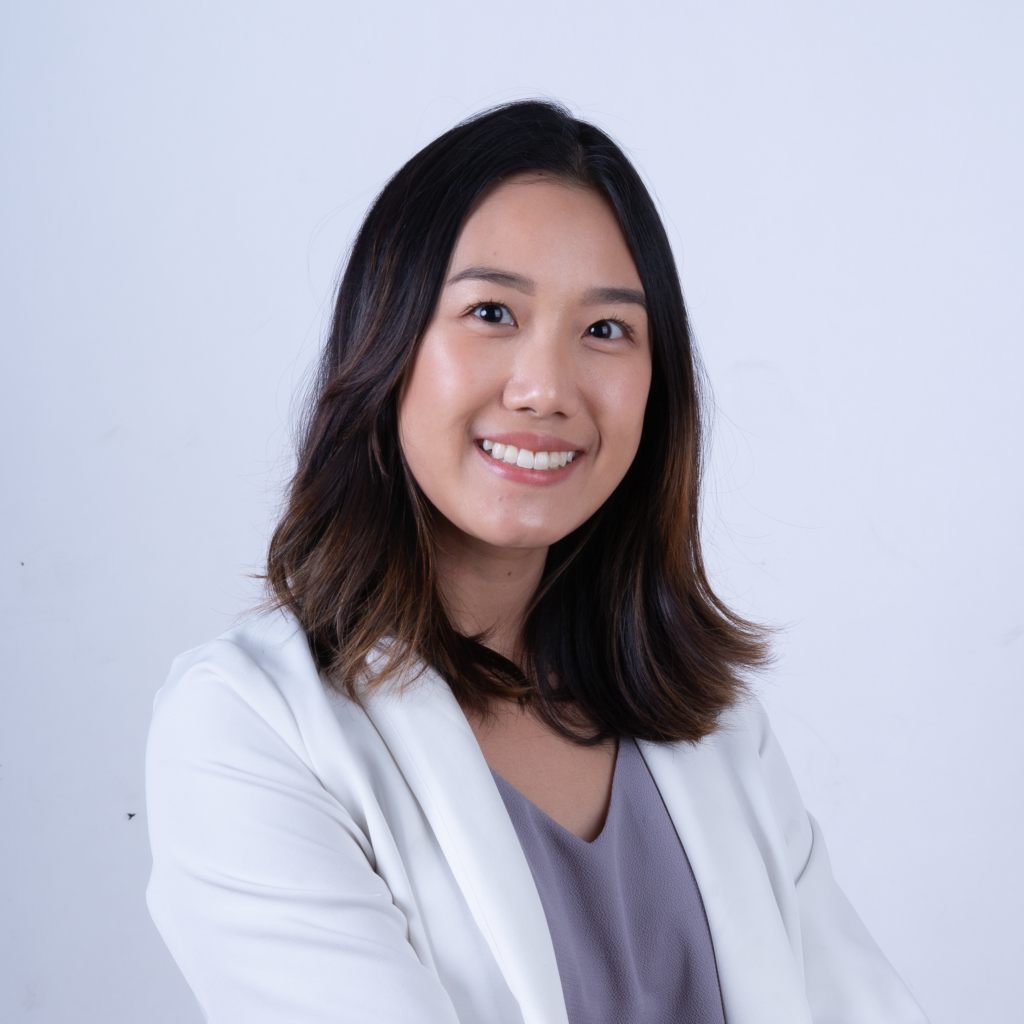 Pat Chaisang is on a mission to help international students in Canada get the job they deserve. Source: Pat Chaisang

Carving a career after moving to Canada

Chaisang described her decision to move to Canada as “one of the toughest decisions I’ve ever made in my life”.

She grew up in Thailand, went through the Thai education system and spoke her mother tongue all her life before uprooting herself to Canada where she would pursue her higher education in English — her second language.

To improve her chances of success, she kept herself busy outside of school.

This includes doing various extracurricular activities throughout her degree, such as going on a six-month exchange programme to Sweden, volunteering, participating in a co-op programme (she did four internships in total), and enrolling in a special cohort of social entrepreneurship programmes.

“I also worked multiple part-time jobs, including being a sales associate at Club Monaco as well as being a Brand Ambassador for Loreal,” she said.

As an international student, Chaisang knew she would have to work harder than domestic students for internships and work opportunities.

“There, I gained experience working with top brands, understanding how to work in a corporate setting, and showed proven teamwork skills. Once I got back to Canada, I leveraged that internship to get a similar internship at a local mall in Victoria, British Columbia.”

This led to more internships and eventually her first full-time job with Best Buy Canada, followed by TELUS, one of Canada’s largest telecommunication companies.

According to Chaisang, many of her friends who are also international students have struggled to find meaningful jobs in Canada. Realising that her problem wasn’t unique, she decided to do something about it.

Despite starting her first full-time job, Chaisang decided to create a non-profit initiative to empower international students in their careers concurrently, as there was a limited support system for them in Canada.

That non-profit organisation turned into a full for-profit mission-driven company called Isempower, which she runs with her colleagues Jaskaran Bedi and Ramneet Brar.

“We connect students from all across the country with employers who want to hire them and value them for diversity and inclusion,” she said.

They have over 14,000 international students on the platform, collaborate with 15 universities and colleges and work with more than 20 employers to help them hire diverse candidates from inside the country.

“My mission is to level the playing field for all international students to help them get the job that they deserve,” she said.

While her marketing and entrepreneurship education was useful in growing and scaling Isempower, grit and resilience also played a role.

“I would say that education is not everything. How I built Isempower to date is all based on trial and failure and by taking action quickly. Though education provides a strong foundation, taking action is the key ingredient,” she said. 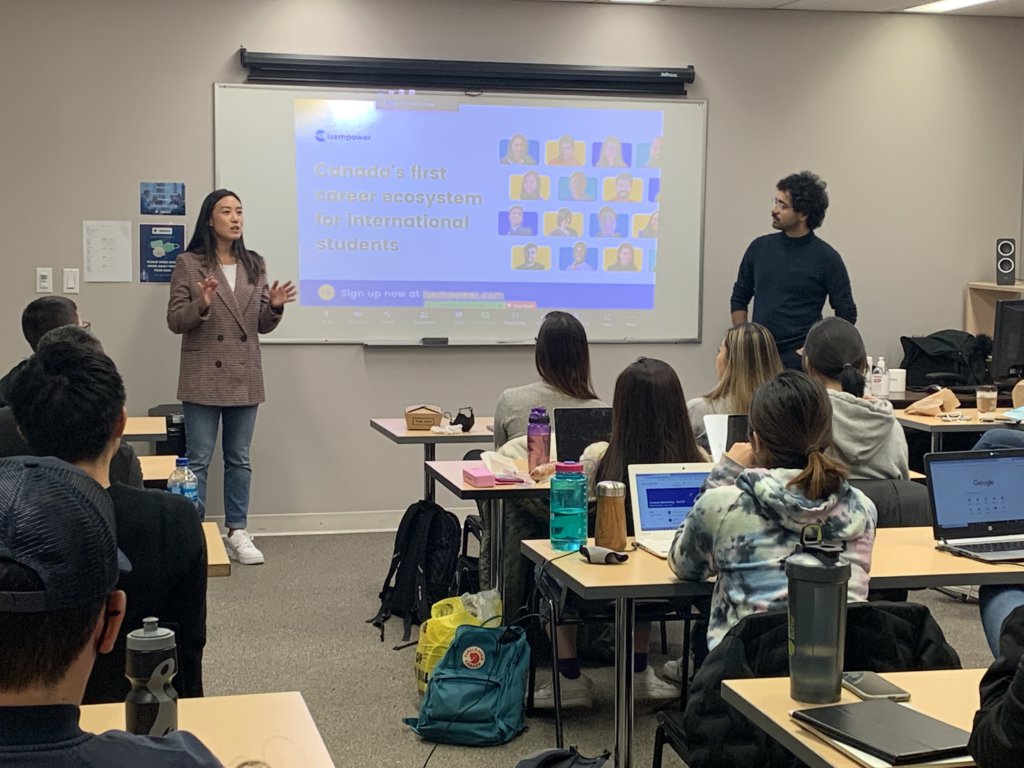 International students, unlike immigrants, often move to Canada without an existing network and lack guidance and access to mentors. As they’re younger than the average immigrant and have less work experience, they are less familiar with the workforce and the concept of networking.

“In the North American culture where the most outgoing people get a spotlight in the room and referrals play a critical part in hiring, international students fail to stand out,” she said.

A lack of tailored resources for international students

Some students may be afraid or shy to ask questions or hesitate to talk about their accomplishments, which makes it difficult for them to stand out in the North American corporate culture.

A lack of a support system post-graduation

“We have done a poll recently and found out that, on average, our international student community takes roughly just over six months to land a job after graduation while the average domestic student would take around three months,” said Chaisang.

“International students have unique immigration requirements to meet, such as getting a Permanent Residency (PR), so they often rush to get any job that will allow them to get a PR. Often, federally-funded programmes and services are not available to international students. Once the students are out of the university’s responsibility, they are on their own and rely on themselves — or their friends — to land a job.”

Chaisang’s advice for international students on finding a job in Canada include: 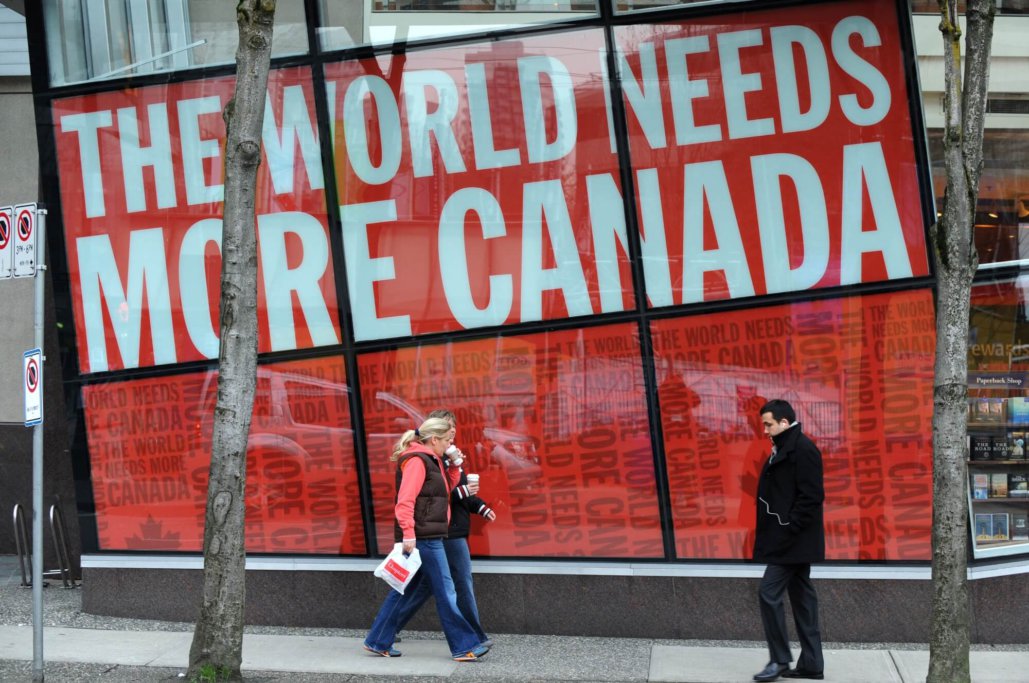 5 ways to extend your stay in Canada