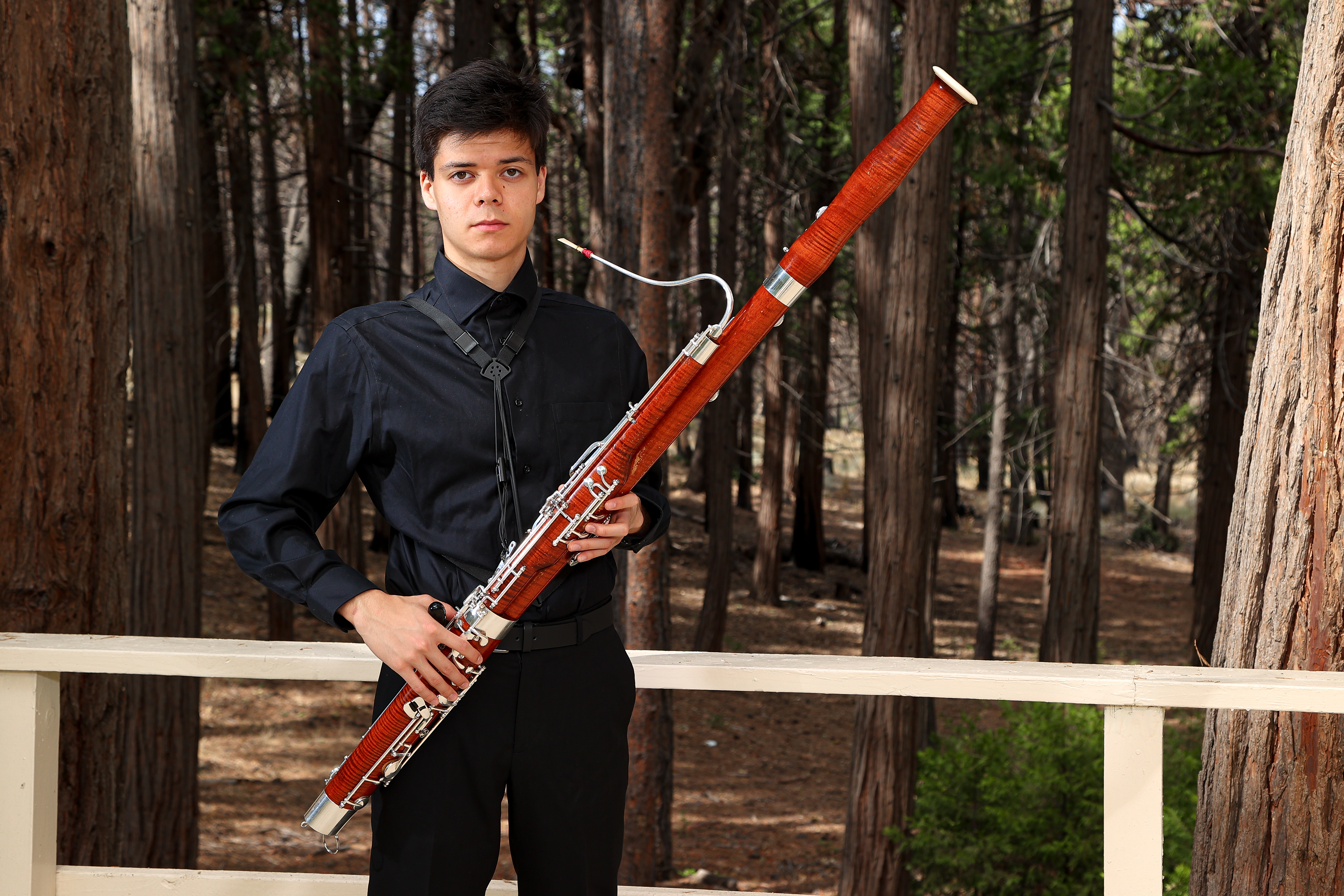 Preston Atkins was four years old when his love for music began to bloom. He started with the piano before discovering the bassoon at the age of 10. Despite the lack of performance opportunities in his Iowa hometown, Atkins never stopped practising from the comfort of his room.

Last summer, when the pandemic upended his summer programme plans, he decided to reach out to Professor Martin Kuuskmann from the University of Denver — an award-winning bassoon soloist who was immediately certain he had found a protégé.

“Preston was able to comprehend a lot more than your average talented student,” he says with pride. “He’s exceptional in retaining information and as a performer myself, I can recognise the magnetism that he has.”

Several online lessons later, it only made sense that when Idyllwild Arts Academy recruited Kuuskmann as a summer programme educator, he would bring Atkins along.

“When he told my mom, she was worried about whether or not I was independent enough to travel to California by myself,” the 17-year-old explains. “But after visiting for the summer programme, I came back to Iowa and told her how much I loved it and that spending a year at the Academy was too good an opportunity to pass up.” 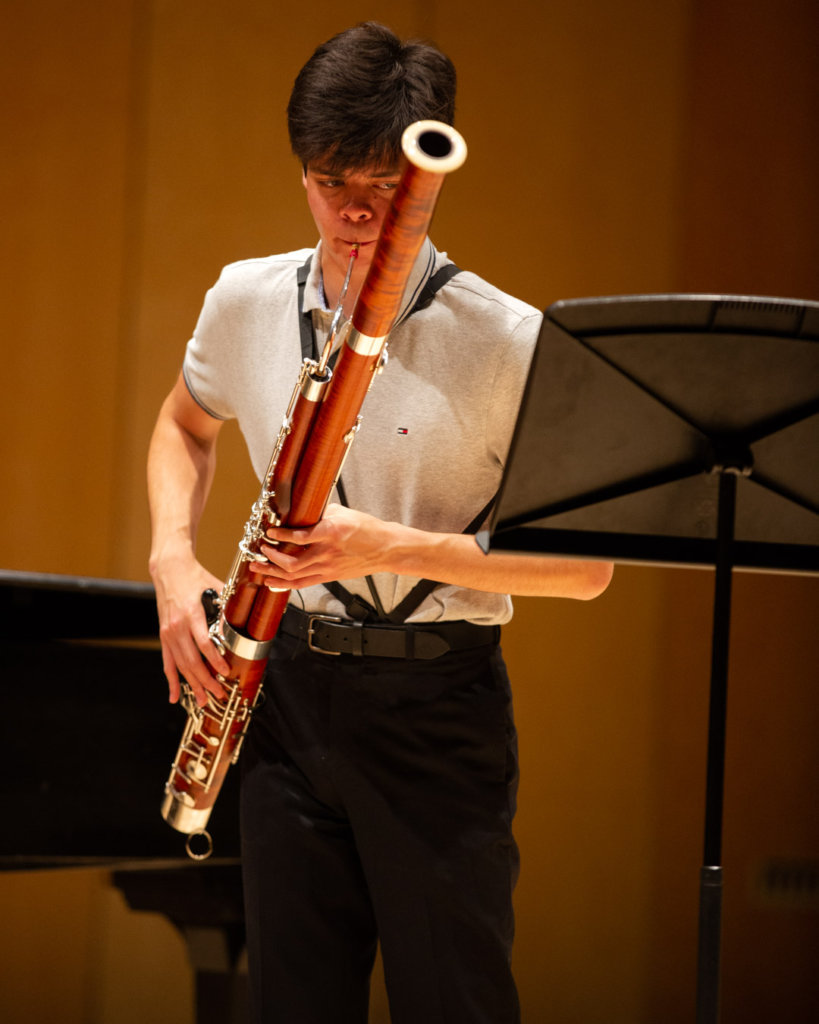 The Academy was even willing to fund the young musician’s studies. Since playing the bassoon is a rare skill, ensembles and orchestras are constantly on the lookout for visionaries who hone it. Hence, the Academy’s interest in nurturing Atkins’s natural talent on the picturesque campus that houses some 250 high school students from more than 30 countries.

When Atkins arrived in Southern California to join Idyllwild Arts, he quickly saw what kept students inspired here. “Our campus is so connected to nature,” he says. “It reminds me of my Boy Scout years and definitely something that makes me excited to wake up to every morning.”

Pleased with his new home, it wasn’t long until Atkins fully immersed himself in both his academics and his passion. Idyllwild Arts ensures that students succeed in both — on one hand, they are preparing for an ever-changing world with a solid academic foundation. At the same time, they gear up to master their areas of interest — be it Music, Theatre, Dance, Visual Arts, Creative Writing, Film and Digital Media, InterArts, or Fashion Design.

“As music teachers, we make sure they master their main instrument,” explains Kuuskmann. “At the same time, we encourage them to keep track of their academic progress. Preston’s advancement was so rapid that he is graduating a year early.”

Atkins thoroughly enjoys and thrives in English, Psychology, Government, History, Jazz History, and Jazz Theory. Yet, nothing else comes close to orchestra and chamber music sessions. “I didn’t have much orchestral experience before coming here, so these lessons have given me a good repertoire,” he says.

Like Kuuskmann, many Idyllwild Arts instructors are active performers or recording artists, steeped in industry knowledge. They prepare students for the stage, studio and more. Before graduating, Atkins has already made a name for himself as a musician.

So far he has performed for the MTNA Senior Performance Competition, the Lacrosse Symphony Orchestra’s Richard Record Rising Stars Concerto, and the Music Center’s 34th Spotlight Competition. Recently he was chosen for Carnegie Hall’s Weill Music Institute’s National Youth Orchestra of the United States of America. The latter honor involves a multi-week training residency as well as an international tour, set to kick off this summer. It’s typical of the distinctions for which an Idyllwild Arts education prepares young people.

“The importance of teaching American students orchestral excerpts is getting them into the job market,” says Kuuskmann. “All my students know how to play bassoon sections and perform as principal bassoonists. They step on stages with all the confidence and stage etiquette needed to show audiences they are comfortable.” 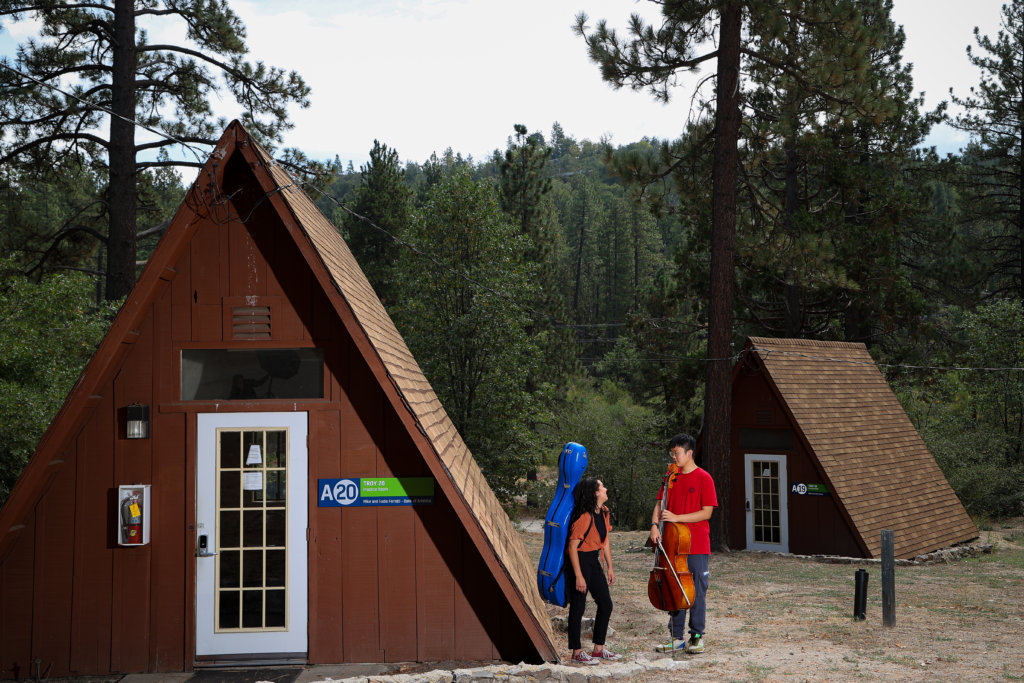 Atkins will continue exuding this dynamism as a student at the Curtis Institute of Music, in Philadelphia, which accepts only 4% of its gifted young applicants. He credits Idyllwild Arts for guiding him through the process of writing essays, filming preliminary videos, recording demos, listing accolades and building an overall solid portfolio.

“I am honoured to be representing Idyllwild at Curtis,” he says. “I believe only two other students were able to achieve acceptance before me, so I am very happy to be continuing this legacy.”

Upon graduating, he hopes to experience the European orchestra scene while pursuing a master’s degree in Germany. At some point, he sees himself following in his professor’s footsteps with a career in teaching. Atkins already hosts a YouTube channel that caters to up-and-coming bassoonists keen on drawing from his experiences.

“Anything is possible when you’re at the top of your game,” says Kuuskmann.