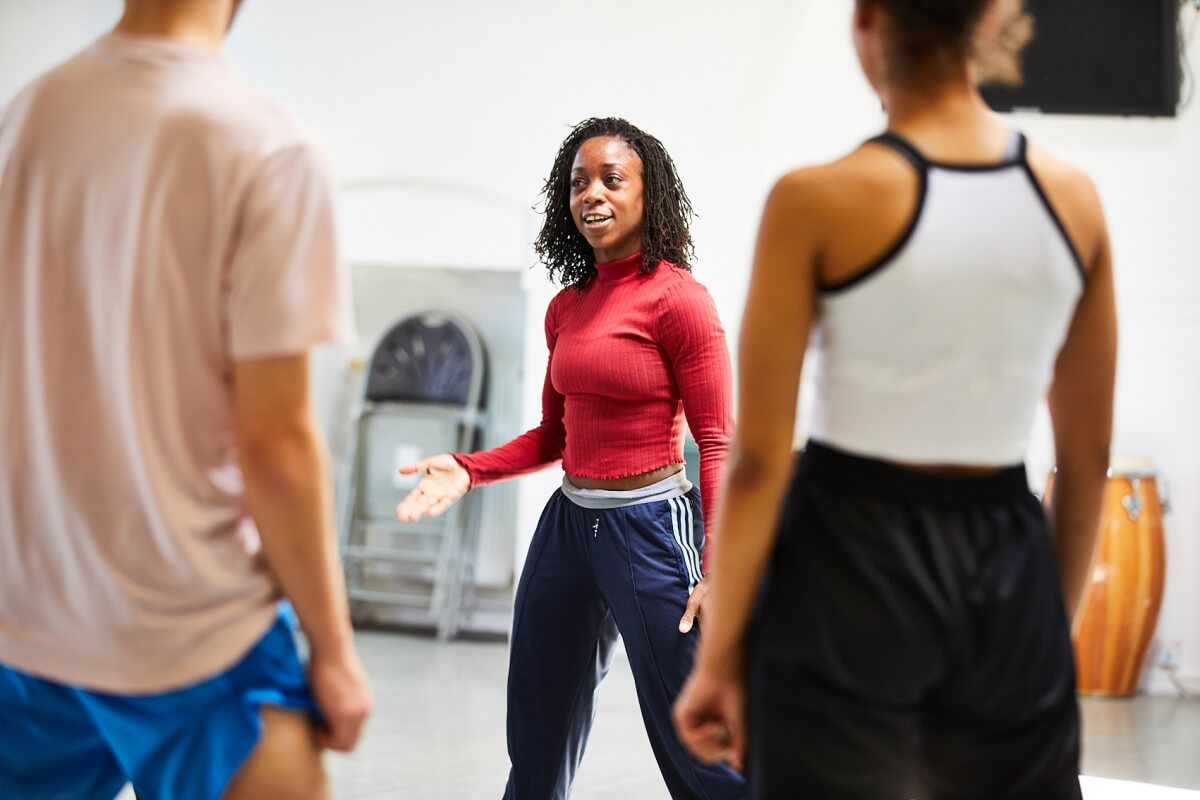 How to achieve your dream career in contemporary dance

What does it take to achieve your dream career in contemporary dance?

Guerra grew up in a traditional Spanish family where dancing isn’t a popular route for men to explore.

To pursue his passion, he left Gran Canaria, a tiny island off the coast of Africa, to enrol at the Northern School of Contemporary Dance (NSCD) in Leeds, a vibrant creative hub in the UK. More affordable and less daunting compared to other European cities, it was the ideal city for Guerra to conquer his ambitions.

As for choosing NSCD, it was due to one distinguishing factor.

“I was attracted to study at NSCD because I was a late starter into dance and unlike other international schools that would ask for extensive experience, NSCD clearly stated that it was looking for potential and promise, not just talent,” he said.

“That was really important for me.”

A creative, cohesive community that cares for your future

Dance training is intense, both physically and mentally. Dancers can spend hours rehearsing; when there are performances, the schedules can get even more hectic.

What got Guerra through his bachelor’s degree — and made it several times more fun — was Guerra’s peers and lecturers at NSCD.

To this day, the NSCD graduate remembers the “homely feel of the school” and the close-knit community of creatives that congregated in its courtyard, library, studios, and theatre.

Armed with an NSCD degree, Guerra is now living his dream.

His CV now includes works for the Ballet Hispanico of New York, The National Ballet of the Dominican Republic, Rambert, Northern Ballet, Sadler’s Wells, Attakkalari (in India) and more. There is a BBC documentary — “Prejudice and Passion” — that features his work.

To achieve these successes, Guerra believes that students need strength, creativity and entrepreneurship.

“And NSCD´s rigour, discipline, care and independence gives you exactly that,” he said.

The NSCD graduate believes that Leeds is the best place to be a dance student as it has “everything you could want”.

For instance, the city hosts many performances, concerts and festivals every year. It’s home to two world-class companies — Northern Ballet and Phoenix Dance Theatre — and has a thriving independent dance scene which helped Guerra launch his company back in 2012.

“Plus, it’s a much more affordable city than London, Berlin, Amsterdam or New York, for example, so you can afford to have a social life outside of school and experience things that will help your training, such as attending performances and workshops,” he said.

When you take a leap of faith at NSCD, extraordinary things happen

From the audition itself, twin sisters Kristina Alleyne and Sadé Alleyne knew NSCD was the place to be.

“NSCD felt like home for both of us as soon as we entered the building,” they said.

At NSCD, they started to learn how to shift rhythms, dynamics and texture through their movement.

“During our three years of training at NSCD we focused on technique to add to our existing skills. NSCD provided loads of free studio space which we used to train and reflect on what we had learned,” they said.

Alongside encouraging tutors, the two sisters also had supportive peers giving constructive feedback and helping them prepare for upcoming performances.

“As a group, we used to film ourselves constantly, try new improv ideas, play with restrictions, music adaptation, emotional stimulus and more,” they said.

After graduating from NSCD, the pair now run their own company, Alleyne Dance.

Over the past six years, they have built and developed a company that inspires students to experiment in Afro-Caribbean, hip-hop, Kathak, Latin and circus skills within a contemporary dance context.

And their work has taken them all around the world, from performing in the 2012 London Olympic opening ceremony to touring their main production “A Night’s Game” in Austria, Australia and more.

“Looking back, we are still proud to say we trained at NSCD. We made lifelong friends and met some of the best artists in the world there such as Akram Khan, who we later worked with,” they said.

Maggie Vannucci’s career aspirations also led her to NSCD, but for different reasons.

Back home in Chicago, she found US universities to be overpopulated and overly expensive for contemporary dance degrees.

Fees at NSCD are lower; classes are smaller and more personalised.

“As an international artist on a student visa, the staff were there for me while I explored options to stay more long-term. They always offered me guidance and made me feel welcome throughout my journey,” the 23-year-old said.

As soon as she stepped foot on campus, she felt an instant connection to the staff and students.

“I truly believe that comes from the constant collaboration between the staff to craft the best programme for their students, tweaking with each new year and [following] trends within the professional dance scene,” she said.

It’s time to shape the future of dance.

What’s it like to be an MA Dance and Creative Enterprise student at NSCD?