Shadow education secretary Angela Rayner has performed a miracle – she has managed to get journalists and politicians talking about the need for adult education. Her passionate speech in Blackpool, and interview on the BBC’s Today programme, asserted Labour’s plans for a radical expansion of lifelong learning. In doing so, she stimulated national interest in an educational policy area that has been neglected for too long.

In England, under the current higher education tuition fee loan system, adult learners are disproportionately likely to be studying part-time – and part-time numbers have dropped by 61 percent since 2010, plummeting from 40 percent to 20 percent of those in higher education. The Sutton Trust claims 40,000 potential part-time learners – essentially a proxy for adults – have been lost from higher education since 2012.

The decline can be traced back to the impact of the regulatory change instigated by tightening access to Equivalent Level Qualifications (for those learners, inevitably adults, studying a qualification at the same or a lower level to one they already hold) by New Labour in 2008-9 and was exacerbated by the steep rise in tuition fees in England introduced by the coalition government in 2012-13. As a result, fewer adults are accessing the transformative potential of learning, and are missing out on enhanced job opportunities, confidence-boosting and well-being. The nation suffers from a more disengaged population.

Life gets in the way

My research interviewing adult learners studying part-time suggests a diverse group with some shared characteristics. Many missed out at 18 due to “life disruptions”; many perceived the costs associated with higher education in England a significant disincentive; many found existing provision insufficiently flexible; many take a slow, non-linear trajectory through education as “life gets in the way”; many experience “imposter syndrome”. But crucially, many regret missing out earlier.

There can be no denying adult access to education is in a dire state, starved of funding and inaccessible to many potential learners. The long-running financial squeeze on adult education is outrageous. Just contrast the millions spent by universities on widening participation activities aimed at school pupils. This lack of emphasis on adult learning is also politically and economically unsustainable: there are insufficient 18-year-olds to undertake the “digitally-savvy” jobs required in the near future.

Introducing proposals to “throw open the doors” to adult learners, whether they want to change career, are made redundant or didn’t get the qualifications they needed when younger, Labour has offered the guarantee for every adult to study and retrain throughout their lives via a six-year free entitlement. This would mean any adult without A-levels or equivalent would be able to study for free at college, with maintenance grants available for those on low incomes.

The party has also stressed the importance of vocational as well as academic education, calling for skills and vocational qualifications to be valued the same as university degrees.

Hopefully, a tipping point has arrived. Adult education has been in a dangerously moribund state for too long, starved of funds, bereft of ambitious policy ideas and sidelined by policymakers seemingly infatuated with 18-year-old school leavers entering full-time higher education in universities.

Yet in this election, other parties have noticed adult learners: the Liberal Democrats have promised to give every adult a “skills wallet” worth £10,000 over their lives to spend on education and training of their choice, and the Conservative Party is offering a “national retraining scheme” to help adults whose jobs are at risk of automation. While these proposals are less radical than Labour’s, they at least demonstrate a broader recognition that adult education is a thing.

So why has adult education suddenly become a thing?

This belated interest in the value of adult education is partly driven by a skills agenda – the future UK workforce will need the right skills for new industries. Recent research reveals that 37 percent of workers do not feel the need to reskill, although 47 percent recognised that automation could be putting their jobs at risk. Labour’s plans, for example, give employers a role in designing qualifications to make sure learners are taught the skills they need in an age of increasing automation. And under its plans, workers will be given the right to paid leave for education and training. 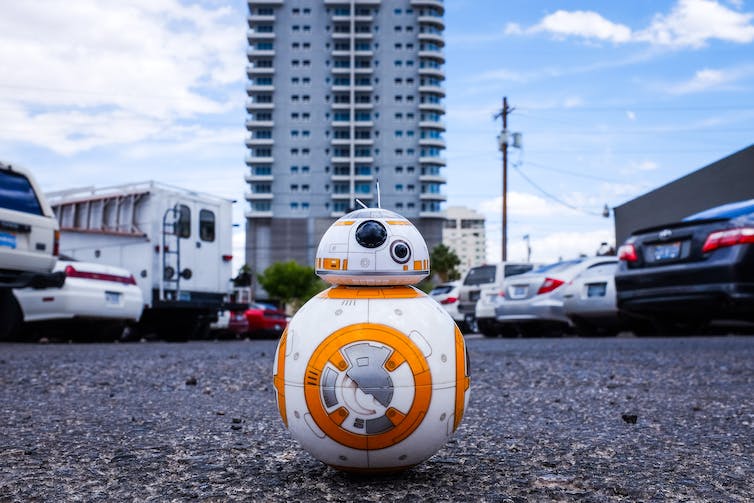 Droids aren’t around – just yet – but automation nonetheless is threatening thousands of jobs.
Source: NeONBRAND on Unsplash, FAL

But perhaps it is not just about the economy. Rediscovering the transformational role of adult education is also driven by a recognition that 20 years of efforts to widen participation and close attainment gaps have excluded adults. More flexible pathways and more transparent financial support will be crucial if, as Rayner alleges: “For many, adult education is too expensive, too time consuming or too difficult to get into.”

There is a delicious irony in this sudden (but welcome) political rediscovery of adult education. 2019 is the 100th anniversary year of the final report of the Adult Education Committee of the Ministry of Reconstruction, a key policy document published in 1919 which argued that a population educated throughout life was vital for the future of the country.

The report recommended public funding and an expanded role for universities beyond the lecture hall. It asserted that adult education should never be seen as a luxury (as more recent governments have tended to see it) but indispensable to national recovery and effective democracy. This was all too obvious in the aftermath of World War I – and we would do well to remember this in a time threatened by mass automation, the climate crisis, and the uncertainty of Brexit.

The remarkably bold claim for adult education back then was to produce a more intelligent citizenship, and to create a society with truly democratic values. This now seems like a golden age. Sadly, in the 21st century, adult education has become a Cinderella service, unloved by governments and consequently underfunded by local authorities.

For adult education to finally become a thing is a surprise for many of us working in the sector – but a welcome one. For too long, adults who missed out at school, or who lack the confidence to continue with their studies, or who perceive the cost of education to be too expensive, have been left behind and sidelined from opportunities to transform their lives.

If the funding and ambition is there to galvanise adult education out of its slow decline, hundreds of thousands of adults will benefit, gaining personal confidence and enhanced job prospects. This is surely a great thing.

Click here to subscribe to our newsletter if you believe this election should be all about the facts.

These are the four adult-learning styles – which one are you?

Online courses: Why working adults and 67-year-olds are signing up

The Pennsylvania State University: An MFA with cutting-edge facilities and true support