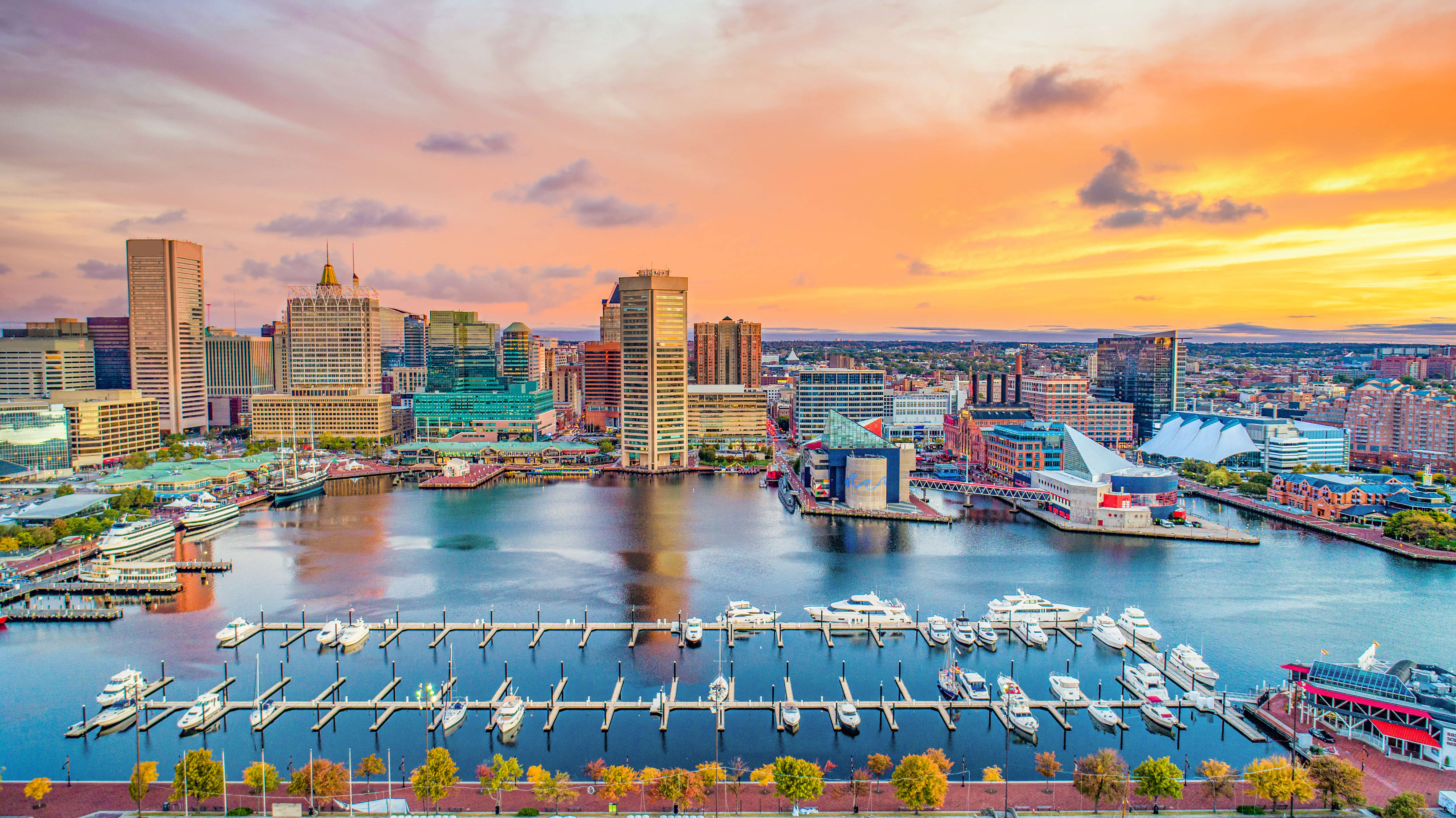 5 top reasons why Baltimore should be your next study destination

Stroll along the streets of Baltimore, and you’ll quickly see why it’s called “Charm City.” The largest city in the small state of Maryland is not short on character. Whether you’re a first-timer or a returning visitor, Baltimore’s atmosphere makes an impression with its history, community, and vibrant arts and culture scene — all packed into one accessible package.

Baltimore is a mid-Atlantic mid-sized US city where you go to experience something different and emerge enriched. It scores highly in terms of life quality among North American cities, thanks to its favourable climate and healthcare. The latter is especially of note, since Baltimore is home to Johns Hopkins Bloomberg School of Public Health, the world’s largest public health school that puts community and global health front and centre.

With picturesque waterfront scenery and vivacity owing to its culture, here are five reasons why Baltimore will make a perfect home away from home:

1. Big city feel with all of nature’s perks

There aren’t enough ways to describe why urban life in Baltimore is just right. It has all the advantages of living in a big city, such as an efficient public transportation system and well-equipped libraries, but also has nature close at hand to ease you from the pressures of city living.

Expansive green spaces can be found throughout the city — more than 4,000 acres to be exact. If you’re feeling more adventurous, take a hike at the lush, 10-mile Jones Falls Trail within the city, or the 1,200-acre Gwynns Falls/Leakin Park, one of the largest urban woodland areas in the country that is just a 15-minute drive from downtown Baltimore. Patterson Park, Baltimore’s most intensively used large park and an outstanding example of 19th-century park design, is close to campus, serving as a site for many student events. 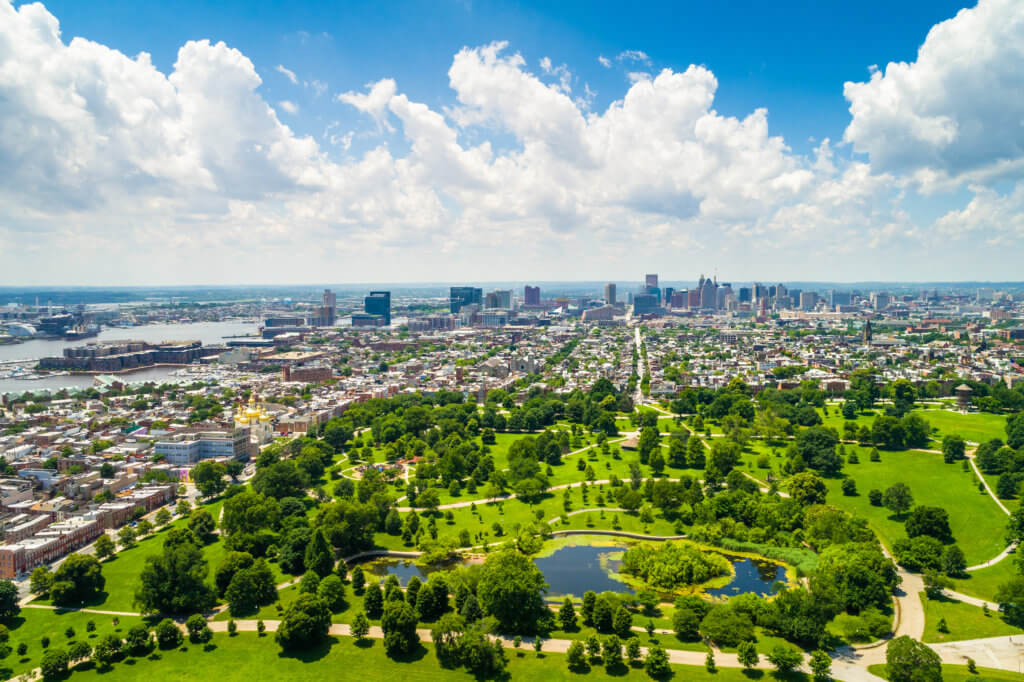 Baltimore’s rich history is reflected in over 60 museums dedicated to everything from baseball to locomotives, while its entertainment districts cater to theatre and jazz lovers, and even fans of improv comedy. Plus, who can resist the city’s signature crab cakes?

With Philadelphia just under two hours away, and Washington D.C. less than an hour away for a quick getaway, Baltimore is the right balance between serenity and dynamism for students to experience the best of what an American city has to offer.

As an international student, it’s important to feel a deep sense of belonging in your study destination to gradually adjust to your new environment and combat isolation while being away from family.

Baltimore is one of the most liberal cities in America, where differences are welcomed and celebrated. About 10% of the city’s total population are immigrants. The city’s diversity and its people are what truly add character to Charm City.

Compared to other popular study destinations like New York City, Los Angeles, or Boston, Baltimore is easy on the pocket too. The cost of living is lower than the national average and Johns Hopkins students can use the free shuttle service, which connects them to their campuses, hospitals, and areas that they live in, too.

Home to several top-ranked colleges and universities in the world, you can’t go wrong with choosing Baltimore as a study destination. Among them is the illustrious Johns Hopkins University (JHU), ranked 13th in the world according to the World University Rankings 2022 by the Times Higher Education.

For aspiring doctors and healthcare workers, there is no better place to be — JHU’s Bloomberg School of Public Health has the reputation of being the number one public health school in the country according to US News and World Report, as well as the oldest and largest one in the world. The opportunities are endless here with over 90 degree programmes and 40 certificate qualifications to choose from. 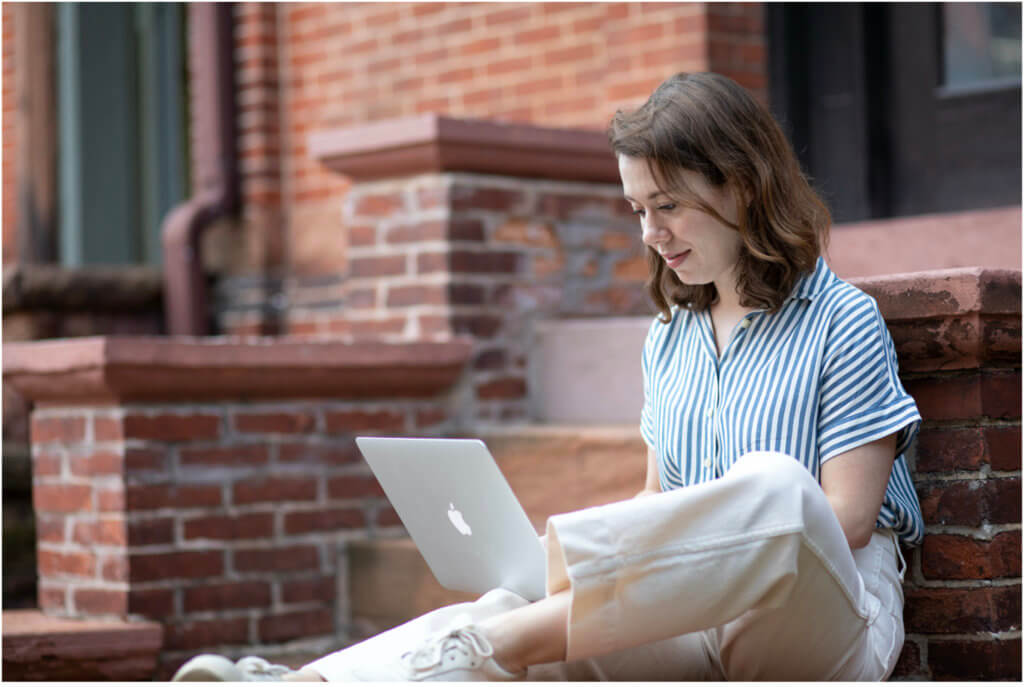 The Bloomberg School has more than 3,500 students from 97 countries with a strong commitment to diversity and inclusion to ensure all students are given equal opportunity to thrive. Ninety percent of its students are employed, which includes landing a fellowship, internship, or residency after graduation, so you can expect good career outcomes once your studies end.

The people of Baltimore are what truly define the city, so it comes as no surprise that community health and wellbeing are crucial to its development. As a resident of the city, you’ll have the chance to make a difference by paying it forward in various ways.

Whether through volunteering opportunities, field research, or service-oriented courses, there are multiple platforms available for you to channel your strengths towards advancing health and wellbeing in the city. There are many organisations to choose from, including mental health advocacy and mentorship, youth and  women’s organisations, as well as community health centres, to name a few.

SOURCE is the dedicated community engagement and service-learning centre for the JHU Schools of Public Health, Nursing, and Medicine that make these opportunities possible. It engages the JHU health professional schools and Baltimore communities in mutually beneficial partnerships that promote health and social justice, with connections to over 100 community-based organisations.

Studying in Baltimore pays off in dividends when you realise the benefits that you reap extend far beyond just education. It’s a place where personal and professional development grow hand in hand: a 2021 census sees positive employment growth in multiple sectors, which means there’s plenty of room for you to find your niche in the job market.

For students in health sciences, the city boasts the largest public health alumni network in the world via the Bloomberg School. You’ll have access to various career services, including coaching, career design tools, fairs and networking events, in addition to internship placements and fellowship positions that will certainly add experiential value to your overall education in the US.